Our favorite thing about mixtapes are the hidden gems found within. With so much music being released these days, one of the best strategies for discovering new tunes is to latch onto a couple favorite artists and see what they’re vibing to. Even better is when you stumble across one of the mixtapes where every, single song is pure fire. 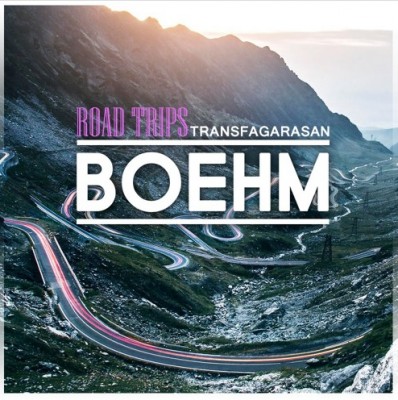 That’s exactly what has happened with Boehm’s Transfagarasan mixtape.

Speaking to the inspiration behind the mix, the melodic producer discloses:

…The name of the first episode, is a paved mountain road crossing the southern section of the Carpathian Mountains of Romania. It has national-road ranking and is the second-highest paved road in the country after the Transalpina.

The road climbs to an altitude of 2,042 metres (6,699 ft), making it the second highest mountain pass in Romania. It is a winding road, dotted with steep hairpin turns, long S-curves, and sharp descents. It is both an attraction and a challenge for hikers, cyclists, drivers and motorcycle enthusiasts.

His inspiration shines throughout this hour-long journey, weaving you through a diverse track selection that will have your switching between melodically swaying in the breeze to full-on shuffling. A funky rendition of Notorious B.I.G, an ambient flip of Drake’s “Hotline Bling“, and a European-influenced variety of Autograf are just a few of the precious treasures you’ll discover along the ride.

Tune in, turn up, and be sure to grab the free download of Boehm’s Transfagarasan mixtape.