What do Bassnectar and Tom Morello have in common?

Besides a penchant for hard-hitting music, a song.

For those who hadn’t previously heard the rumors, the secret’s out. In a recent interview with Rolling Stone, dance music megalith Lorin Ashton AKA Bassnectar confirmed that he and Tom Morello (of Rage Against the Machine, Audioslave, The Nightwatchman, and many more) are nearing completion for a track that they’ve been working on together.

Anticipation doesn’t even begin to describe our excitement. 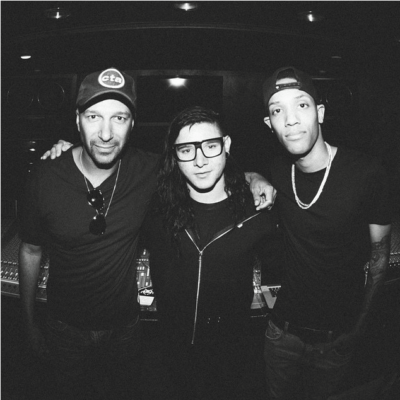 Consistently ranking on ‘Top 100 Guitarist’ on almost every list out there since his days with Rage Against the Machine, Tom Morello is a rock legend. With an unconventional playing style and undeterred openness to music, no sound is too warped for the Harvard educated musician to use. That, coupled with Bassnectar’s affinity for all things heavy, makes this track one of the most anticipated releases of the year.

Outside of this uncommon collaboration, that’s just the tip of the iceberg. Morello has also been spending studio time with Skrillex and Knife Party, respectively.

With no tentative release date for any of the tracks as of yet, the days can’t tick by fast enough until we can hear each monster

However long the wait, though, something tells us that it will be well worth it.

For more music news, head to our EDM news page to stay up-to-date on all things electronic.