Lorin Ashton AKA Bassnectar took on a monumental task: remixing The Glitch Mob track, ‘Beauty of the Unhidden Heart’. Upon immediate entry of that little nugget of knowledge into your brain (if it’s anything like ours), we know that your senses are blowing up, synapses firing in a single tumultuous wave of excitement.

Few phrases in the English language elicit such an immediate and resolute response as ‘Bassnectar remixing The Glitch Mob’.

With each artist (or in The Glitch Mob’s case, artists) representing the upper echelon of the electronic music scene today, one can only expect big things when either act is involved. Both Bassnectar and The Glitch Mob are in EDM’s top-tier, known for their expertise in both the studio and on stage, and loved for their hard won mastery of their craft. So, upon checking the master of mayhem Lorin’s SoundCloud, this remix is exactly what we found. It’s a doozy.

Sticking true to The Glitch Mob sound, the track begins at a relaxed pace as gritty analog synths, clean piano, and silky vocals slowly creep their way into the picture. Listeners are lulled into a calm space for roughly the first two minutes of the track, but, in classic Nectar style, he brings up the energy and builds the song to a crescendo before cathartically dropping it like a 10-ton bag of bricks.

Upon its peak, Lorin dishes out some seriously wonky bass to pull everything together.

The low-end sound is reminiscent of a machine powering down, draining the battery as each bass note slowly melts and shifts into the next. Massive synths and a subdued kick-clap drumbeat round out the songs chorus. It’s big. 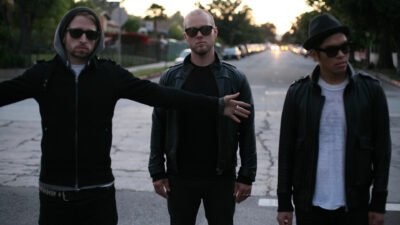 Overall, it’s an interesting homage to the original piece – while still definitely The Glitch Mob, it has the definitive Bassnectar spin that we all know and love. As The Glitch Mob has such a unique production style, it’s great to hear their sound in another artist’s composition. Nobody sounds like The Glitch Mob, it just doesn’t happen. It’s always a welcome announcement to hear that they’re being remixed.

The fun doesn’t stop there.

Head on over to The Glitch Mob’s website and check out the entire remix album that dropped in late February. Artists range from Nectar to Yaarros, EPROM to Emalkay, Mord Fustang to Hive.

It’s as diverse as one would expect an 18-track remix album to be. Check it out