The award-winning producer and DJ Damon Sharpe releases his debut record as an Armada Records signed artist titled “Lost Years” featuring Josh Cumbee. The long-awaited track was inspired during a writing session with the duo, and serves up an easy-going rhythm matched with upbeat drums that will be sure to lift spirits during the controversial time the country faces this election week, no matter what the outcome. 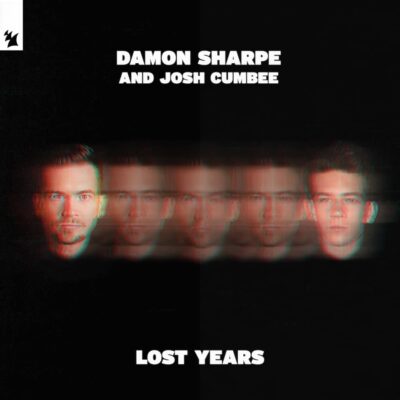 “Josh and I were discussing the feeling you get when you finally meet the person you want to spend the rest of your life with and wish you could rewind time to have met them sooner,” Sharpe explains.“All we can do is make a conscious effort to make up for the time and experiences missed out collectively on before meeting them. Once Cimo and Rik joined the session it really came together. We started incorporating a universal message of making up for lost time in multiple scenarios, relationships, career and life in general…I think it will really resonate with how people have been affected by the COVID-19 pandemic…whenever this is all over, we will definitely be making up for lost time. Hopefully this tune can be an uplifting anthem of encouragement to do exactly that!” 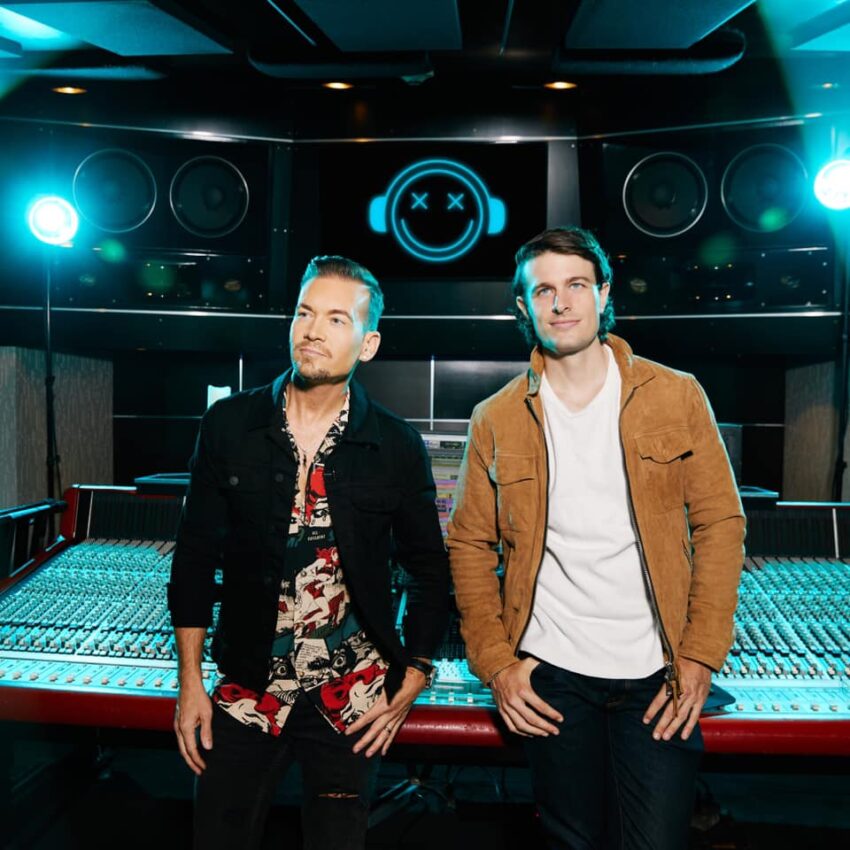 In 2019, Damon had four songs out via Armada Records; highly acclaimed “Fire & Gold” with Morgan Page & VIVID, which peaked at #7 on US Dance Radio, “When In Rome” with GATTÜSO, which peaked at #6 on US Dance Radio and gained over 31M Spotify streams, “Ghost Ship” with Trance legend Orjan Nilsen, and “Lifetime” with Zonderling and Josh Cumbee, which has received over 9.5 million streams to date. This March, Damon released “Under Your Control” alongside Dave Winnel featuring vocalist Shannon.

He’s been kept busy on the virtual performance side too, recently teaming up with DJ/Producer DVRKO on a 1-hour “Back To The Future” special DJ set that featured booming beats and nostalgic treats, which followed close after his last live set from the Brainjack Arcade.

The mega-threat also has his hand in his monthly podcast show, “Damon Sharpe presents Brainjack”,  available via Insomniac Radio and all other streaming platforms. He produces and curates each episode while hosting many different artists in different genres. You can listen here. The fourth episode will become available November 13 and feature a very special guest. 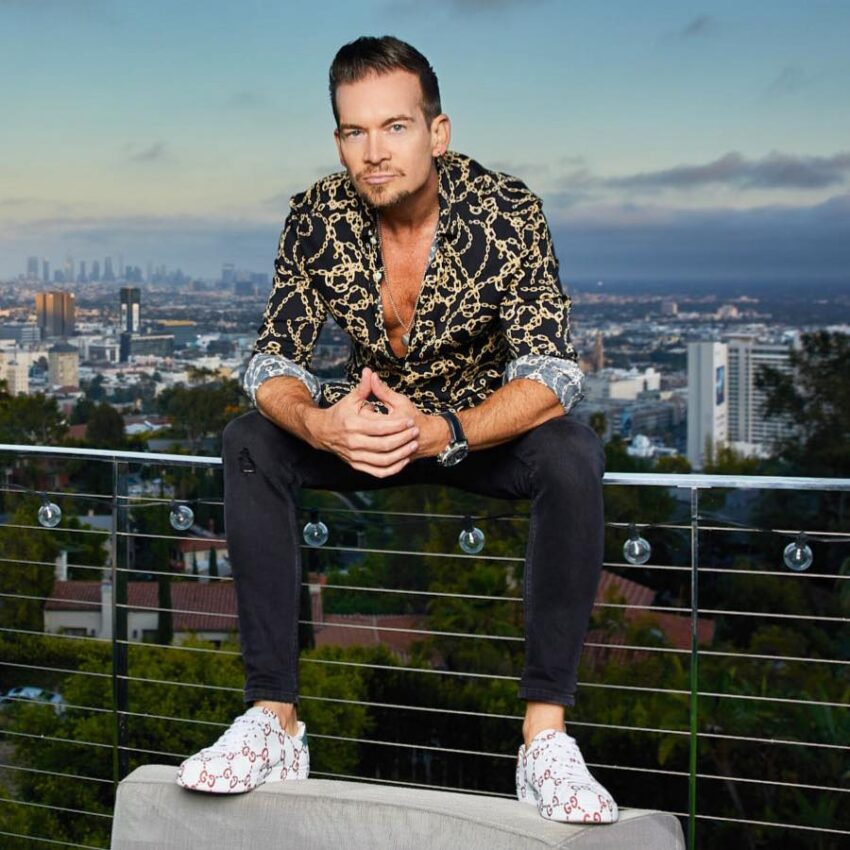 Armada Records-signed, Grammy and ASCAP award-winning producer, songwriter, DJ and recording artist Damon Sharpe is best known for his contribution to many of the decades most recognizable songs in popular culture and has been involved with the production of albums that cumulatively have sold over 45 million copies. He has worked with the likes of Jennifer Lopez, Ariana Grande, Pitbull, Alesso, Kelly Rowland, Kylie Minogue, and Nelly, has collaborated with DJs such as Morgan Page, Zonderling, Sunnery James and Ryan Marciano, Thomas Gold, DVBBS, Gattuso, Elephante, KapSlap and Ferry Corsten, and produced for social media influencers such as Jacob Sartorious, Jordyn Jones, and the Martínez Twins to name a few. His songs have been featured in many feature films, television shows and commercials around the world, and he has received recognition from notable industry trades such as Billboard Dance, EDM Tunes, EDM.com and Dancing Astronaut. His tracks have been featured on Sirius BPM, Sirius Chill, iHeart Evolution, Music Choice, Dance Rising, and Kaskade Connect, amongst others, and he has received support from Don Diablo, Lucas & Steve, Hardwell, Afrojack, Sam Feldt, Promise Land, Alexander Popov, Martin Garrix and more. As an artist he has achieved over 1.7 Million monthly listeners on Spotify.

In 2019, Damon had four songs out via Armada Records; highly acclaimed “Fire & Gold” with Morgan Page & VIVID, which peaked at #7 on US Dance Radio, “When In Rome” with GATTÜSO, which peaked at #6 on US Dance Radio and gained over 31M Spotify streams, “Ghost Ship” with Trance legend Orjan Nilsen, and “Lifetime” with Zonderling and Josh Cumbee, which has received over 9.5 million streams to date. In March of 2020, Damon released “Under Your Control” alongside Dave Winnel featuring vocalist Shannon, and on November 6 Damon will drop his first single as an Armada Records signed artist, “Lost Years” featuring Josh Cumbee. Damon’s monthly podcast show, “Damon Sharpe presents Brainjack” has featured guests such as Dave Winnel, GATTÜSO, Mark Sixma, CID and Morgan Page, and can be found on Insomniac Radio and all other streaming platforms. For more information visit damonsharpe.com.

Singer/Songwriter/Producer Josh Cumbee was born in California, (with roots in Georgia & Alabama,) and raised on John Mayer, Coldplay and U2. It all started when Josh enrolled in the music business program at USC, where a career on the creative side of music seemed all but impossible up until landing his first TV placement as a composer, and shortly after was taken under the wing of songwriting legend Toby Gad, who mentored Josh and began collaborating with him on projects. As a songwriter & producer, Josh’s credits list has expanded to include names such as Madonna, Adam Lambert, Kygo, Chris Brown, Mat Kearney, Lindsey Stirling, Take That, Janet Jackson, and many more.

In addition to multiple international Gold & Platinum record award recognitions for his work, Josh’s accolades include Grammy & Latin Grammy nominations (Best Reggae Album for Sean Paul, and Album of the Year for Natalia Jimenez), #1 songs in Korea, China, Netherlands, Italy, and a World Dance Music Radio Award nomination as an artist alongside the legendary Armin Van Buuren and recognition from key industry societies such as BUMA NL. Josh’s success in Asia as a writer/producer has been astronomical, with multiple #1 songs in Korea and China under his belt, Josh has collaborated with k-pop superstars BoA, NCT, Hyoyeon, Yuri & Taeyeon (#1) from Girls’ Generation, along with c-pop icons Chris Lee, Roy Wang and Cai Xu Kun.The aforementioned stack up to tens of millions of album sales & stream-sale equivalents worldwide.

As an artist and performer, Josh’s debut song ‘Sunny Days’, a collaboration with electronic mega star Armin van Buuren, went to #1 on radio in NL, charted in dozens of countries and has amassed 150Mil+Streams worldwide. Armin invited Josh to tour with him, culminating in a performance for 70k+ people at Untold Music Festival. Josh has performed on TV for over 1m+ audience for Holland’s RTL Late Night, as well as millions of americans, singing the national anthem live for the LA Dodgers! Since then, Josh has further collaborated with other dance music artists such as Fedde Le Grand, Zonderling, and Lucas & Steve, while his solo album and artist project was recently signed to Japanese record label & media giant AVEX and will be rolled out in 2020. For more info visit joshcumbee.com.

The sound design maestro from a small village in the UK, Bon-Psy is experimenting with delicate textures, deep tones…