The sound design maestro from a small village in the UK, Bon-Psy is experimenting with delicate textures, deep tones, rolling basslines, bright melodies and beyond. With atmospheres inspired by nature, jazz, ambient, glitch, ancient Japanese disciplines and artists like Bonobo, Flume and Persian Empire, the UK producer Bon-Psy is back after 3 years of preparing in the studio to present two upstanding 2020 releases thus far, ‘Onyx’ and a remix of Alek Sandar and Andrea‘s, ‘Never Be The Same Again’.

His latest remix pushes the sound of electronic music forward with its spin on the 2000 hit by Spice Girl, Melanie C. and the late, TLC group member, Lisa ‘Left Eye’ Lopes. From beginning to end, this track is sure to take each listener on a blissful journey with its mixture of slow progression and upbeat hooks. 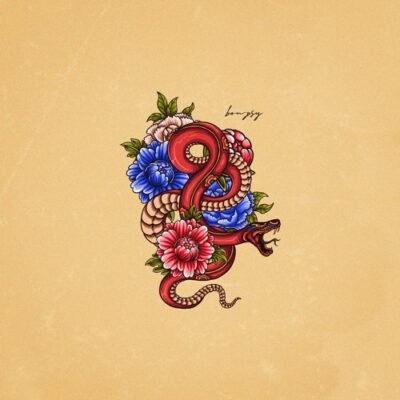 Bon-Psy nods to Pokémon with ‘Onyx’, a track that is not Onyx’s walk up to battle Raichu song, but more like his free-spirited, spiraling in the air with Butterfree go-to tune. The atmosphere is adventurous and intoxicating, easy to get lost in with it’s stimulating dynamics built of a drippy beat, gorgeous piano and refreshing melodic passages.

Although a youthful title, ‘Onyx’  highlights his growth and maturity as an artist and marks a beginning of an extraordinary vision for the electronic music scene.

Bon-Psy’s ‘off the record’ series where he presents behind-the-scenes insight into the creation of ‘Onyx’. Interested to learn more about the sound sprouting from UK countryside, we reached out to Gianluca. 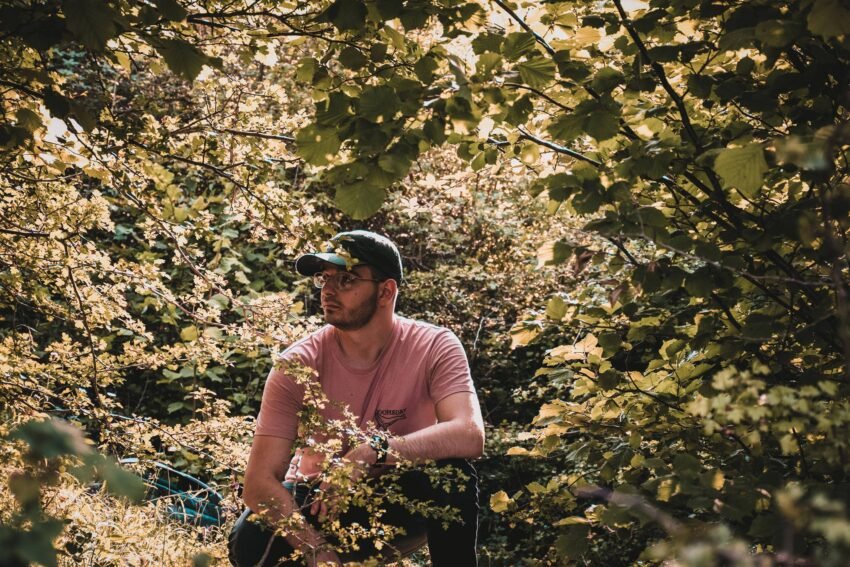 How is the music community where you are from?

I’m from a small village called Tebworth just outside Dunstable in the UK. To be honest it’s quite quiet over here in regards to music, most of the really good venues are in and around London which is fairly close to me but I’m more of a headphones on and zone out kind of guy anyways. I’m pretty sure Flux Pavilion grew up in Dunstable.

What are some of your favorite instruments to implement in your music, especially for ‘Onyx’?

I’ve always loved piano, it’s something I kick myself that I didn’t learn properly when I was younger. You can hear loads of piano licks and melodies throughout Onyx which are a combination of chopped up samples and MIDI. Piano as an instrument is really unique as it never really seems to age to me.

It’s so diverse and you can hear it in so many different genres of music. I’ve found that it can be difficult to work with other tonal, more traditional instruments in certain contexts but the piano just seems to work, maybe that’s just me though. Generally, I like to combine traditional sounds (i.e. piano) with more modern electronic instrumentation, it can be hard to make them work at times but when it does it sounds incredible. 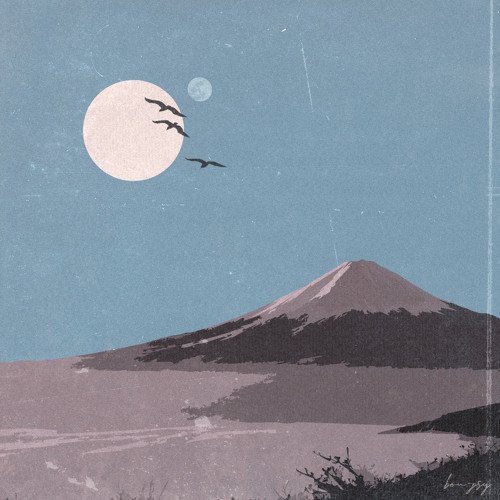 How could you describe the layers of the beat for ‘Onyx’?

The first thing that comes to mind is “dense” haha. Onyx, and all of my tunes really, are filled to the brim with different ideas that could be picked apart and dissected into separate songs with a more traditional structure. But I like the idea that each track has a story and it makes the project much more exciting when I can figure out a way to smoothly transition between two completely different sections. Sometimes I’m really banging my head against the wall but again, when I finally get it it’s almost like a mini eureka moment and it makes it all worth it.

I understand you are interested in Japanese teachings such as Ikigai and Wabi-Sabi. What is a concept of two that you like to pull from in everyday life?

Yeah, over the past year I became quite interested in meditation and going down that rabbit hole led me to discover some really interesting Japanese ideas that seemed to fit in with my life and how I viewed the world. Wabi-Sabi is about accepting imperfection in it’s rawest form, understanding that everything is temporary and appreciating the different layers of beauty in a life cycle. For example, watching the trees throughout the seasons, from Spring to Winter plant life has its own life cycle and taking moments out of your day to appreciate the world changing around you can take you out of your stress bubble. Even just for a moment, understanding this idea that everything is temporary can help alleviate stressful situations. Right now you might feel like shit but reminding yourself that it won’t last forever can really help a situation feel less overwhelming.

Ikigai is the idea of finding your purpose, or your reason for being. It’s the thing you can always rely on and helps you to get through the day. For me, it’s music, I don’t want to be cliche and say “I couldn’t live without it”, because that isn’t really true, I’d just find some other form of art to express myself in if that were the case. But for me, when I’m sat down and really engaged with a project, that sense of flow makes me feel like I’m at the centre of the world. Nothing else matters except this piece of music I’m working on, I get a similar feeling when I’m making artwork or videos for my releases, but not in the same way. 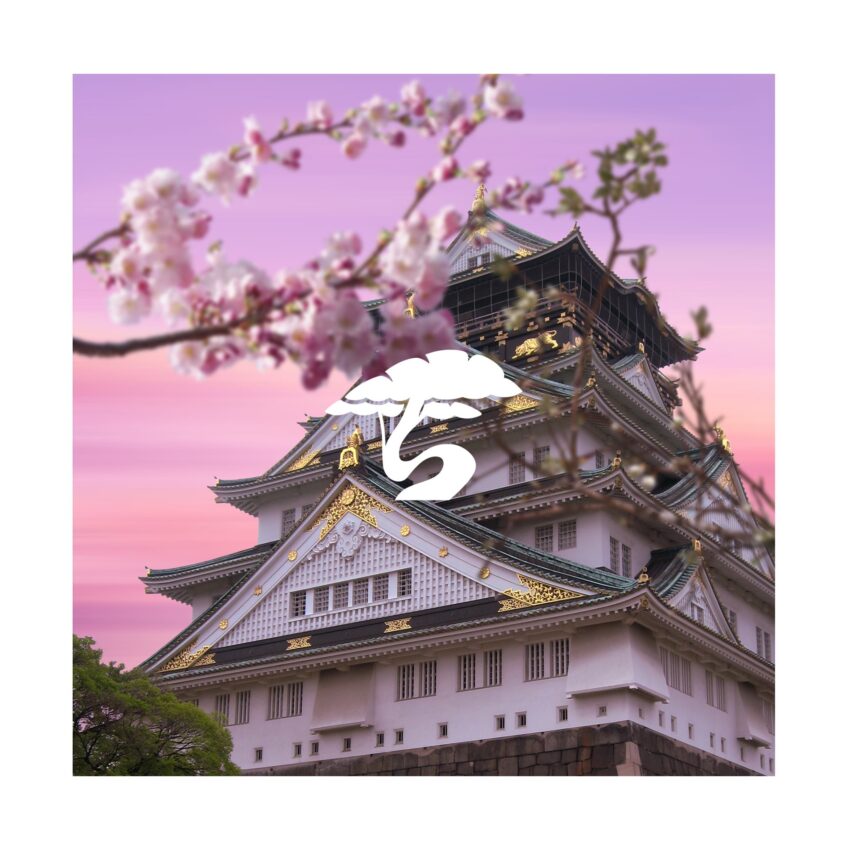 What are some songs you find at the forefront of electronic music?

I really enjoyed the Flume mixtape, he is in a position where he could just release electronic pop bangers for the rest of his life but instead he went the opposite direction, infusing really experimental sounds with his style creating something truly unique to him but so interesting to listen to. With the visualiser as well I get the impression he is really dedicated to being an artist who pushes himself further which is inspiring to me. There is another dude called Persian Empire who is really under the radar, he has an EP called “KÜNO” and it’s just incredible, when I discovered him it was really a moment of like, damn, I need to step my game up haha.

The Suncatchers and glasscat Deliver What You Need with ‘Holding On’

WYN Records presents the contagious track ‘Holding On’ from The Suncatchers ft. glasscat. The track wastes no time by racing…