alxxa Debut EP, ‘Body’ is for the Lover in You

Alex Saad, known most as rising star Electro Pop recording artist alxxa, is ready to stake the claim as the Future of Pop with the release of her debut EP, titled, ‘Body’.

‘Body’ is a four-track debut that showcases the singer/songwriter’s magnificent creativity as she journey through extremely emotional rollercoaster that is love. Infused with heart felt metaphors and dance-ready production, ‘Body’ delivers a exciting glimpse into the Future of Pop. 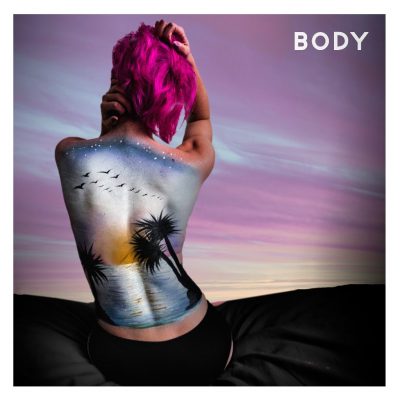 Listen to alxxa’s debut, ‘Body’ below, courtesy of Soundcloud:

alxxa breakdown the meaning behind all four-tracks in the following description:

This EP is about moving on from a relationship. It kind of covers all the stages: grief, denial, anger, acceptance… with a fair bit of sass sprinkled in. “Swerve” has a sassy, angry spunk to it; we all HATE it when someone twists our words into something we didn’t mean. “Burn to Dust” is a very emotional song for me, covering that low point during a break up. There is this moment when a relationship is ending where you truly manipulate yourself into the irrational fear that you cannot possibly live without the other person… the mind is a really powerful thing. “Icy Love” is getting towards acceptance, recognizing you deserve better than the shitty love you have been receiving from this person. Finally, “Body” means, well, you are ready to get it on again.

Who is alxxa? The Los Angeles songstress sparked her popularity in 2017 thanks to her contagious release, “Nobody”. “Nobody” was alxxa’s breakout song in a string of releases including “Fire”, “Hung Up”, and “Pistol”. alxxa kicked off her 2018 with the momentous release of “Icy Love,” a track that caught the attention of the highly influential pop culture publications, NYLON and C-Heads.

Upon release of the Debut, alxxa released a new music video for the EP-cut, “Icey Love”. Directed by Cam Fairfax, alxxa exposes the cold-hearted darkness that comes with love. To get over the broken heart, alxxa and companion hit the town and get into a little therapeutic relief trouble.

“Icey Love” has a poppy dance vibe surrounding the darkness and makes for a great new video by the up-and-coming L.A. singer.

Watch the music video for “Icey Love” below:

In-support of ‘Body’, alxxa will be releasing the official music video for the EP’s title track this Friday. Meanwhile, jump on the alxxa bandwagon, following the rising star on Instagram, Twitter, and Facebook today. Now listen to her entire EP.

Strap yourselves in, we’ve got a two massive Too Future mixes from the homies DROELOE  and Whethan, available as…

6 New Tracks That Should Be On Your Radar

With a slew of new tracks coming from the worlds of progressive, house, electro-pop, and other sub-genres trying…