If there is one thing we have come to learn throughout our travels it is that Disco Donnie and his team at Disco Donnie Presents know how to provide fans with an unforgettable electronic dance music experience.

As the road descended upon Tampa, Florida’s Raymond James Stadium there were no doubts that this would certainly ring true for Sunset Music Festival 2015. Entering the festival’s 4th year, SMF Tampa set the stage for the most monumental gathering to date with over 50 artists performing across 3 stages.

Having complemented his already prestigious reputation as an event connoisseur with an equally impressive lineup was all it took to draw thousands of EDM enthusiasts to Tampa for Memorial Day weekend but Disco Donnie and Co. delivered way beyond our wildest expectations.

Below are 5 reasons we loved Tampa’s Sunset Music Festival. 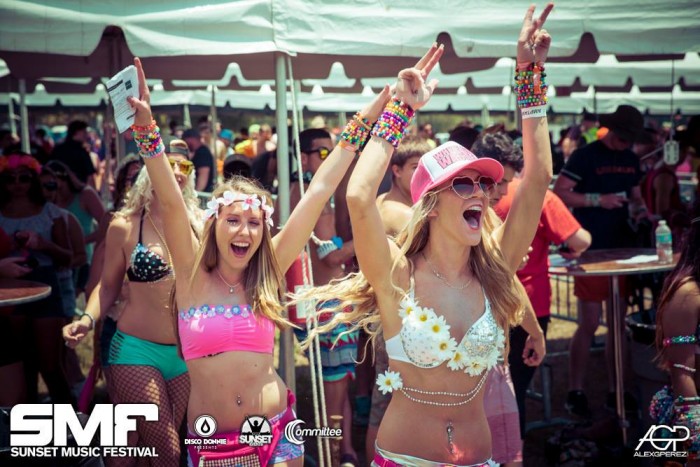 Sunset Music Festival returned to Tampa, Florida from Saturday, May 23 through Sunday, May 24, 2015. Photo via SMF – Alex G Perez Photography 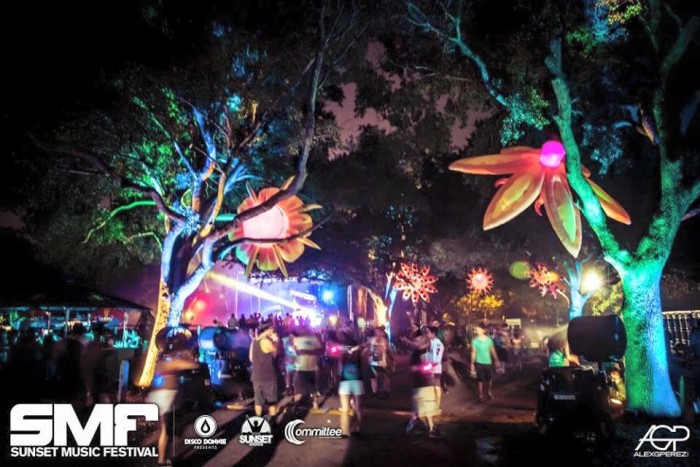 Sunset Music Festival had no qualms providing fans with an experience that extended way beyond the music.

Art installations – such as the flowers seen here – were strewn throughout the festival grounds, water-misting fans allowed guests overheated from dancing to cool down at many points throughout the venue, and patrons could even stop by one of the numerous food trucks and grab a snow cone. Who doesn’t love snow cones? 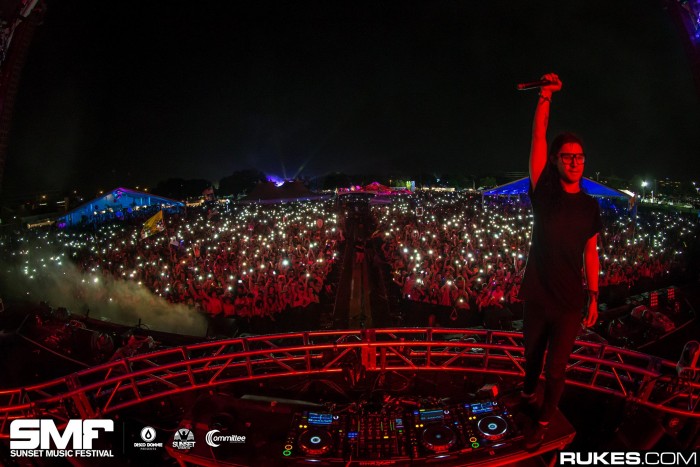 We can’t help but continue to touch on the lineup because it was one of the best EDM festival lineups curated for the 2015 music festival season.

Not to mention Skrillex, Tiësto, Flosstradamus and Porter Robinson. Talk about an all-star lineup. 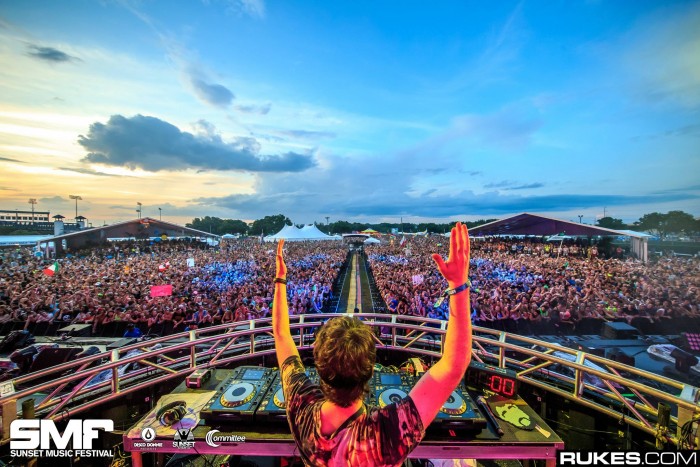 Often overlooked are the logistics that go into all aspects of throwing an event. from staggering set times to traffic and parking. Closing off the main road adjacent to the venue allowed for a surplus of taxis to usher guests to and from the venue, parking was plentiful, and the proximity to major highways ensured that no time was wasted getting in and out of the grounds.

Though overlapping set times vary by personal taste, the schedule gave attendees the opportunity to experience, at least, a portion of what every artist had to offer throughout the weekend.

Bathrooms were clean, plentiful, and available at every corner of the venue, food options were on point, the VIP area offered an elevated view in close proximity to the main stage. Overall, it’s difficult to find and shortcomings with the event organization by Disco Donnie Presents and Sunset Events. 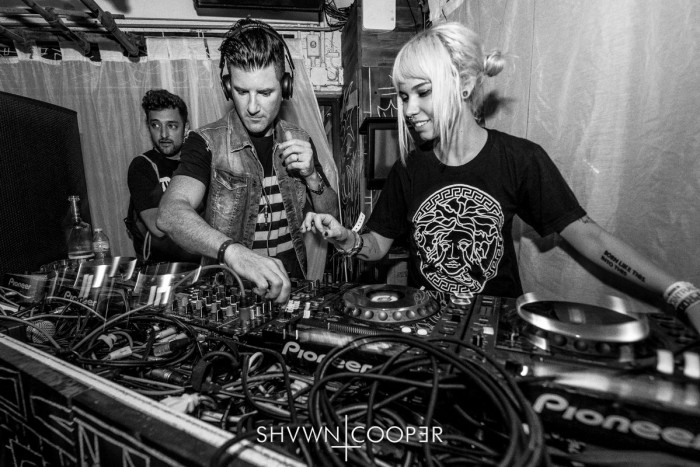 Taking over the Amphitheatre Event Facility in nearby Ybor City, Sunset Music Festival’s official after parties delivered way beyond advertised. Came to see Destructo and Mija on Saturday? Hope you didn’t mind a side dish of Skrillex who decided to show up and ignite the crowd until the early hours of the morning.

Sunday delivered an equally heaping portion of DVBBS for those not ready to put an end to the festivities. 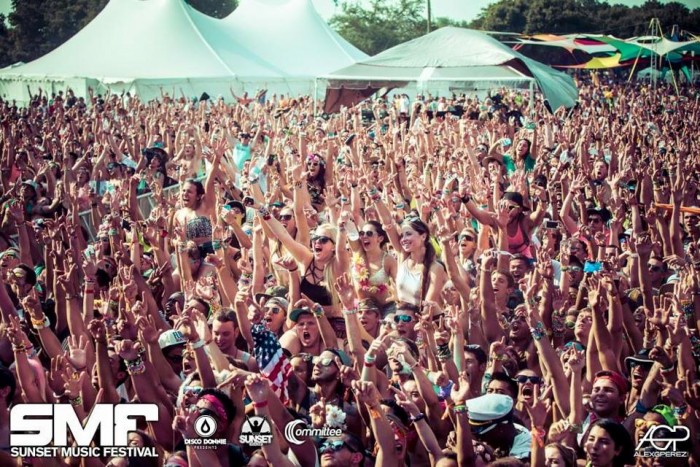 The enthusiasm and passion was palpable at all times during Tampa’s Sunset Music Festival 2015. Photo via SMF – Alex G Perez Photography

We never cease to be amazed by the people we encounter at each festival that we attend but there was something special about the Tampa crowd that made it out to Sunset Music Festival 2015.

There are countless reasons that can be cited for what we loved about SMF Tampa 2015 but a combination of all of them set the foundation for an energetic weekend that leave us looking forward to our next Disco Donnie event.

Did you make it to Sunset Music Festival?

Leave us a comment and let us know what you loved about SMF Tampa 2015! 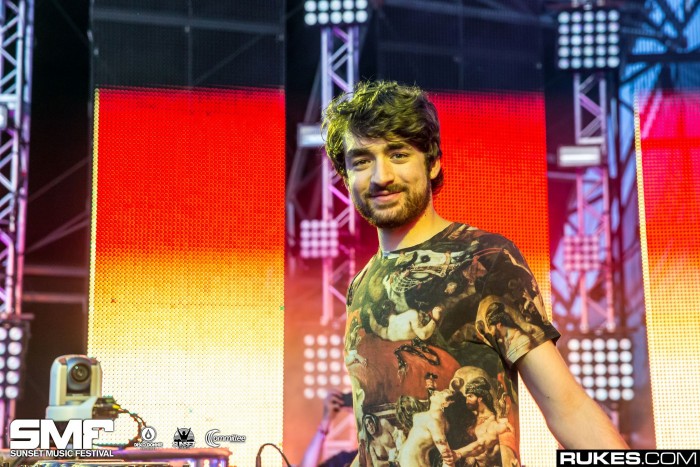