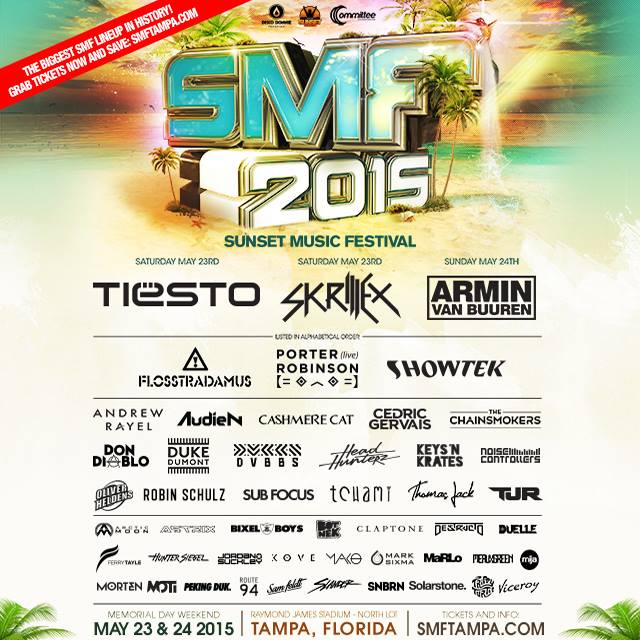 The state of Florida has itself another elite electronic dance music festival and we aren’t referring to Ultra Music Festival.

With over 50 artists performing on 3 stages at this year’s event, get your dancing shoes ready because you’re definitely going to need them.

Last year had 60,000 attendees moving, grooving, and dancing their way through Tampa. An even bigger lineup this year suggests that number will continue to grow. Extensive music, art, pyrotechnics, and everything else going on at Sunset Music Festival 2015 ensures level of frivolity that we cannot even fathom.

The lineup spans the far-flung reaches of EDM, the stage production is absolutely massive, and the whole thing’s going down near the bay in the sunny city of Tampa.

All of this adds up to the experience of a lifetime for attendees. 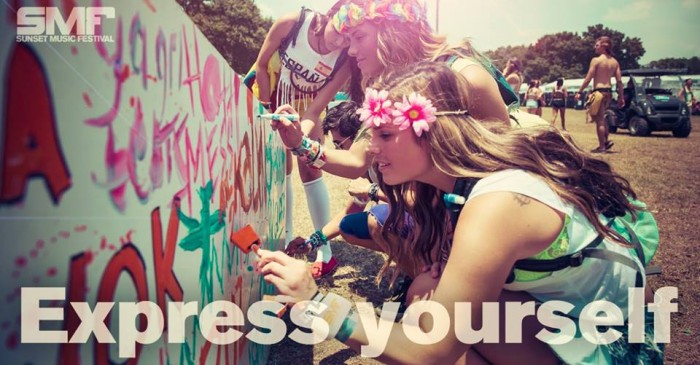 Outside of the lineup and its shenanigans, Sunset Music Festival is put together by some of the top electronic music event organizers in the world, meaning that you’re in good hands to get the best experience possible.

To give an idea of who’s running the show: Disco Donnie Presents is an award-winning and recognized leader in electronic dance music event production. DDP has generated over 5,000 live events, arena shows and outdoor festivals in over 100 markets around the world, including the US, Mexico, Canada and Latin America.

Chances are that you’ve been to a Disco Donnie show and you absolutely loved it.

Disco Donnie has EDM festivals down to a science, and that translates to an epic time for you. 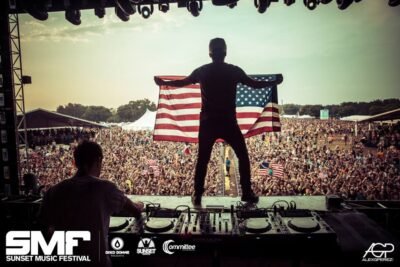 For an added surprise Sunset Events and Disco Donnie Presents have teamed up with FireChat to further connect DJs, artists, and festival goers.

FireChat is a free mobile app that enables live communication between fans and artists, allowing EDM enthusiasts to chat with one another and interact with renowned music headliners before, during and after the festival. Sound cool? It is. FireChat adds yet another layer of interaction between artist and audience, deepening the overall feeling of community throughout the event.

Everything about Sunset Music Festival 2015 is adding up to make for a completely stellar time, foreshadowing a coalescence of something indescribable this Memorial Day weekend. 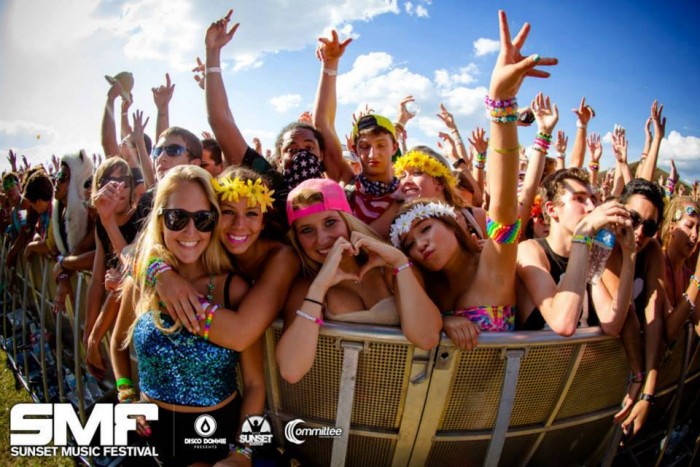 Go out and catch some of the feels for yourself and grab your SMF tickets today.

If you’re on the lookout for more shows and festivals head to our festival calendar and start planning your next adventure and experience the communities’ ability to change your life.