X Games has announced its collaboration with electronic duo, Louis The Child, as they release the new official anthem for the games worldwide. Titled, ‘Big Time’, the song puts forth the dance-driven productions that have earned Louis The Child their position as one of the scene’s most buzzed about acts, coupled with samples from iconic X Games moments. The release of ‘Big Time’ came just weeks before X Games Minneapolis, touches down in the city for a second year of globally leading action-sports competition and multi-genre musical performances.

Louis The Child makes dance music history for being the first electronic duo asked to curate the X games anthem, spreading the light of the EDM culture to the masses. 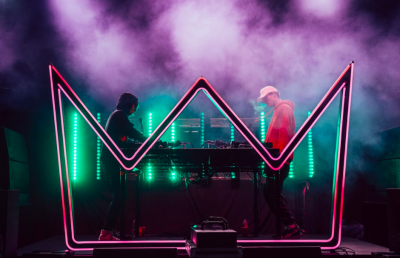 Louis The Child were welcomed into the X Games family for the Aspen 2019 event when they took over the games music stage with their infectious live show and stage production. They proved to be a perfect match for the high energy crowd at the iconic Buttermilk Mountain base and continued their awesome start to 2019 with a headlining slot at Ultra Miami, a Gold Record certification for their single ‘Better not’ and a debut album announcement.

“Louis The Child’s concert in Aspen brought a fun, high-energy performance that was a great match for X Games fans,” said Tim Reed, Vice President, X Games. “We’re excited to be able to connect that same energy to our events, content and brand through the new X Games anthem “Big Time.”

The X Games has never asked a dance music act to curate an anthem before; this will be the first ever electronic dance music theme song for the X Games which is a big step for the EDM community overall. EDM culture is split between the mainstream and underground vibes.

‘Big Time’ is an opportunity for those who have never been interested in electronic music get a taste of what it’s about.

Bringing EDM to the spotlight can be an amazing step for society as the community promotes peace, love, unity, and respect with all it does; and we all know society needs a lot more of that.

Listen to ‘Better Not’