What a Weekend at What The Festival 2016 [Event Review]

What The Festival took place this past weekend, and it was nothing short of amazing! Despite the torrential downpour of rain on the first day, it takes the #1 position as my new favorite festival.

WTF is a unique, round the clock experience of art, electronic and live music located in Dufur, OR which is 90 miles east of Portland.

What The Festival, which is now in it’s 5th year, gives the guests an ever changing party with 6 different stages and good vibes all around.

The Splash Stage Getting Down on a Rainy Friday

Half the fun of going to a festival is getting the opportunity to get in touch with nature.

Well, this was a hell of a lot of nature to get in touch with, and it is way off of the beaten path but that was what was so great about it too. Coming from Los Angeles, we were excited to get out of the traffic infested city life and embrace this new terrain.

However, we weren’t expecting so much rain and we were also very cold. We jokingly called it ‘Wet The Festival’ and heard rumors that the rain may not let up all weekend.

Now this is when the desire to do Whatever The F you want to do comes into play. You could either stay dry in your tents and RVs, or you could say ‘F it!’ and throw on another layer and go embrace the weather that Mother earth provided for us. Luckily, we chose the latter and it was the absolute right choice. 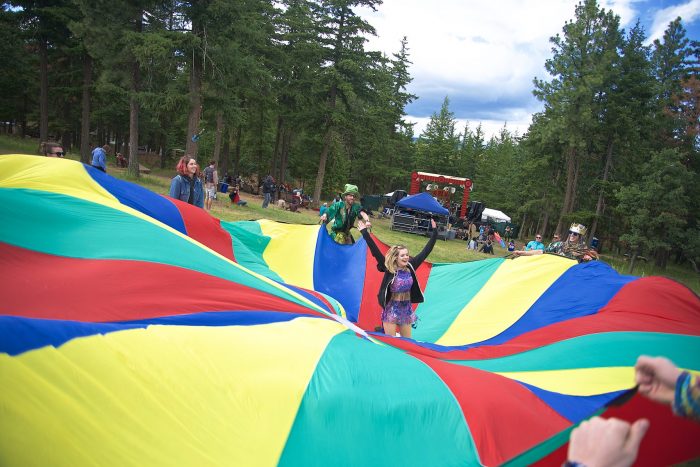 Jumping Into the Parachute @ What The Festival

We decided to start with a workshop at the LOL stage and heard a great talk called ‘A Unicorn’s Guide to Getting your Horn On’ with Erika Ryn. This was a great way to discuss the very sensitive subject of sexual consent.

This was not the first subject we expected to stumble upon, but trust me when I say that it was a very important talk and it was done in a fun way that put your mind in the right place about the possibility of hooking up with a stranger.

Immediately after Erika’s talk, we were drawn into another workshop with Danny Picard called ‘Empowering the Empath.’ This was one of my most cherished moments of the whole weekend. 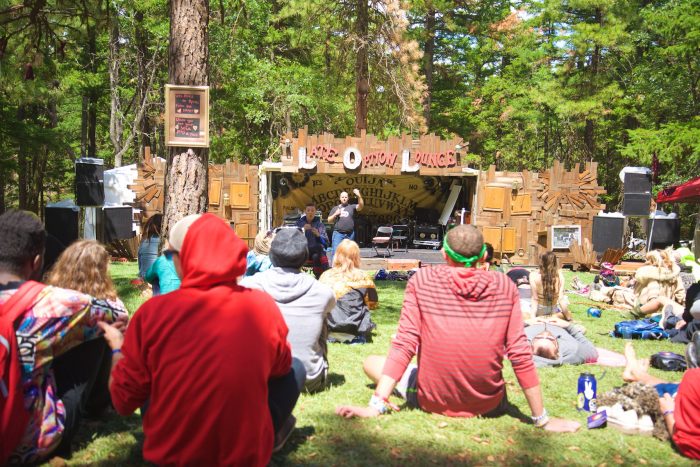 Danny Picard at the LOL Stage

Danny was an inspiring motivational speaker and empath who put us in a deep meditative state that set up the tone and was the key to opening the magic box for the rest of the weekend.

Later, as we arrived at the Splash Pool stage, Jai Wolf was tearing it up. The rain was coming down hard but that only seemed to make the crowd more frenzied.

Everyone was having a blast and his set matched the crowd’s energy. The platforms around the pool made for the perfect spot to dance and enjoy the music. 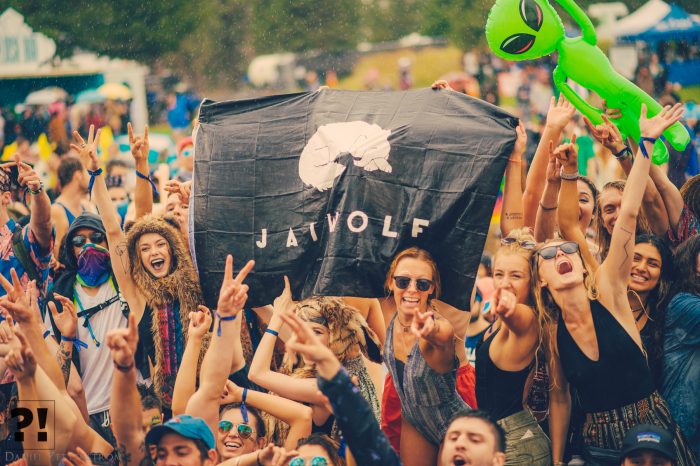 This was my first time in Oregon, and it was awesome to see how cool the people were here and everyone made me feel right at home.

It wasn’t even intentional; they are just naturally down to earth people.

WTF almost repeats like a mantra in your head because everything is so awesome and random at the same time; the huge dragon sculpture, the illuminated forest and the largest disco ball in the world.

The music of course did not stop either, so that made the weather totally bearable and made us question Why The F we would even consider trying to stay dry over enjoying this perfect wet festival day. 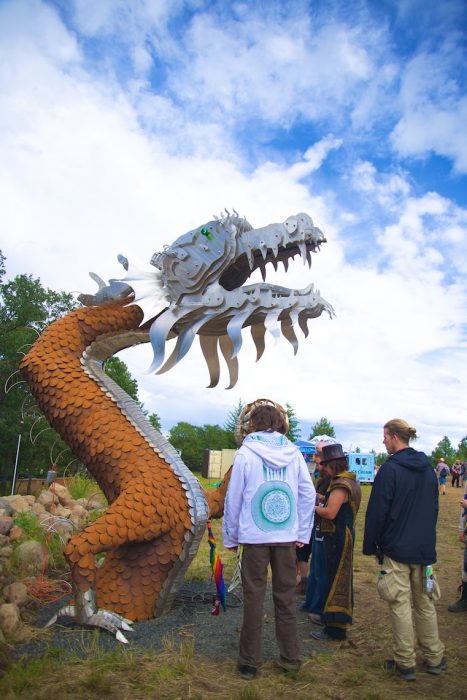 Earth Dragon @ What The Festival

What The Fest was voted #5 best music festival in 2014 and now I see why it was also called one of the best alternatives to Burning Man.

One of the random installations turned out to be the perfect warm place to hide out during the rain. Try to picture an igloo that was filled with fluffy white pillows and cotton balls with a pile of strangers just lying around getting to know each other while trying to stay warm and dry.

After we thawed off a bit it was time to get back to the stages. GANGSIGNS played a set at the Effin Stage that felt like a drive-by shooting of sound effects and beats. He was on top of the world up there and the crowd was soaking it up like a sponge. 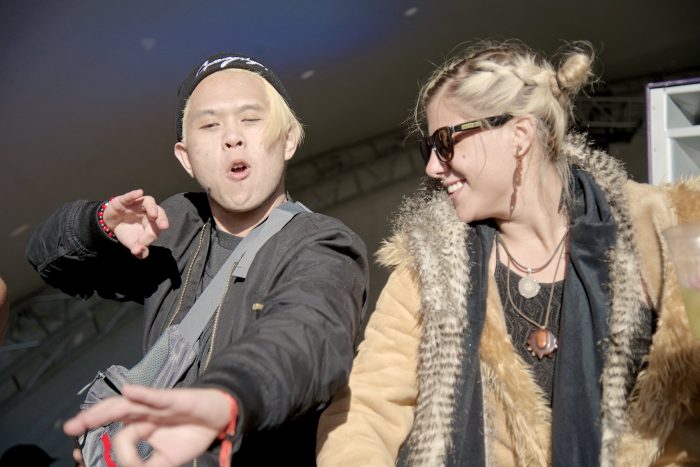 Penthouse Penthouse was also a huge crowd pleaser but fortunately I was able to make my way over to the WTF stage for the rest of FKJ. He absolutely blew me out of the water and is a virtuoso on the keys, guitar, bass and the saxophone too.

The highlight of the night for me was Lettuce, who really brought the show. I was so impressed with their funk jams and the crowd was right there with me.

A few other highlights were Dirty Bird records mainstay Ardalan, Sugarpill (at the ridiculously cool Groove Cube stage), Sam Binga, and of course at the Dragon Stage (yes it breathes fire) The ‘Claudefather’ himself…Claude Vanstroke. 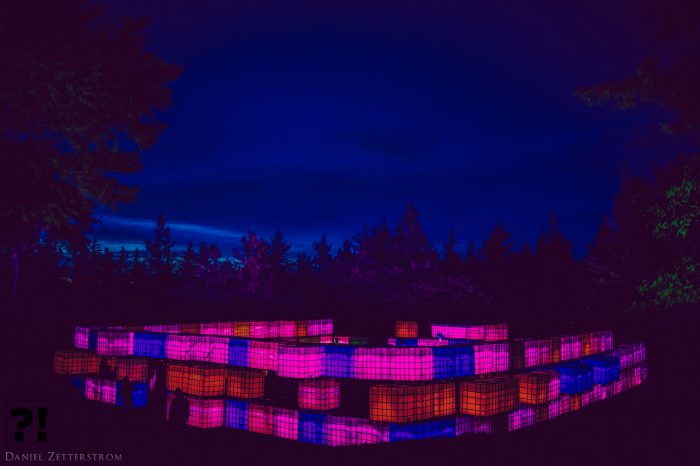 The Groove Qube Illuminates the Forest

Saturday was still wet for a bit in the morning but the sun finally came out for good and brought with it a much bigger crowd.

However, it was still a small enough crowd that it never really felt too crazy, especially compared to any of the other big festivals out there.

At this point in the day, it was pretty clear that the rain was done and that the rest of the weekend was going to be perfect weather. As Jimmy Cliff’s “I Can See Clearly Now” played over the loud speakers between sets, there was a magical feeling of acceptance that the rain was definitely gone for the weekend.

Lucky for me too, the sunshine also brought a lovely young lady who made a very big impact on me. We clicked in an instant and hung out all day and into the night.

This is the kind of thing that could never just happen in the real world. But in the festival world, when our guards are down, we can experience actual connections with real live people. What a concept! 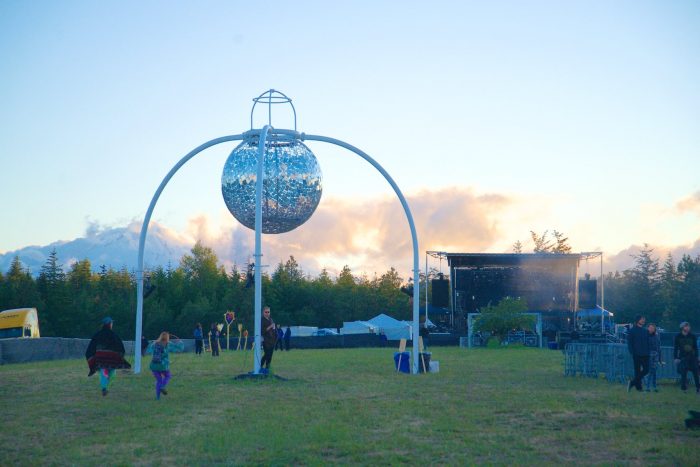 The View Towards the WTF Stage – Saturday Sunset

What The Festival offered a spa experience too and I had every intention of enjoying a massage or a sauna, but it just never was in the cards for me this time around. Although I overheard a lot of people saying that it was a ‘must.’ After the last two chilly nights I’m sure that would’ve been ideal, but WTF had other plans for me.

Like for example, another incredible workshop called “Manifesting Your Dreams” with Danny Picard, which then led to JACKLNDN at the Splash stage. Talk about a killer set.

That stage was going off and his mixes of everyone from Radiohead to Justin Timberlake had the crowd going crazy. The mayhem continued on to Hippie Sabotage which had the crowd totally out of control. 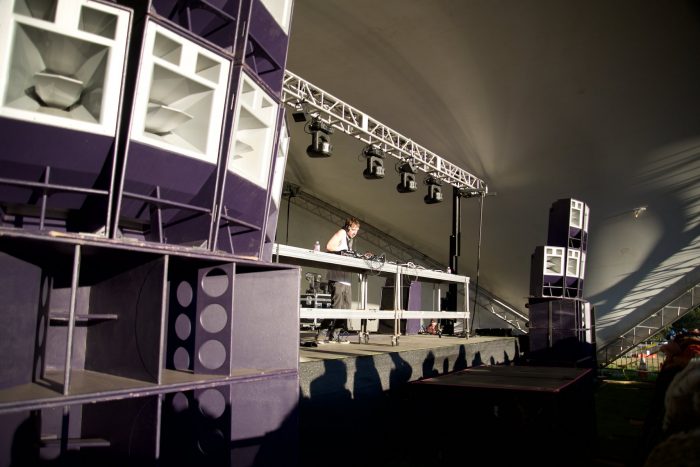 Continuing on to Matt Wax who was an absolute blast with his drum and bass music. Pacific Patterns and Hermitude had amazing high-energy sets as well. Thievery Corporation rounded out the night with an epic performance.

But, the standout performance for me was Lido, a one-man band of unbelievable talent. Transitioning effortlessly from keys and vocals, to drums and then busting out full on dance production tracks. We were all freaking out at this show. Lido will definitely be on my radar and I can’t wait to watch his star rise. 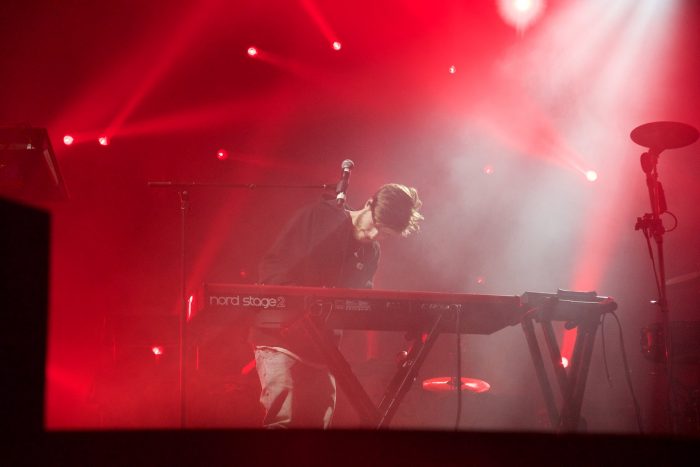 Lido on the Keys @ WTF stage

Although What The Festival is unique unto itself, it was just the right blend of EDM and live music with the perfect playground atmosphere.

Other highlights were Alix Perez, G-Jones, Sepiatonic, World’s Finest, Motez, Nathan Detroit, and Diamond Saints just to name a few. I could go on and on about the overall vibes of this festival. 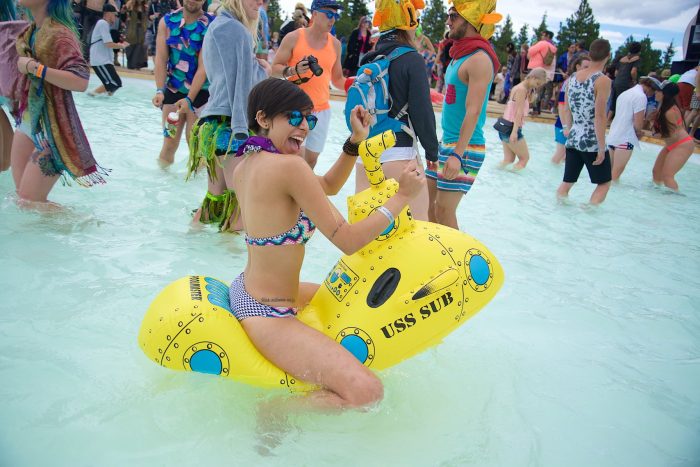 I can’t recommend this festival enough.

It’s been dubbed the “summer camp for adults” and goes WAY beyond the ordinary. This festival has left a life long impression on me and opened my mind to a whole new community of people along with new music and experiences that truly transformed me.

If you missed it this year, then there is still a chance to catch it before it gets too big. If you aren’t a local then it is a bit of a trek to get here, but trust me it is SO worth it.

So next year get out of the comfort zone of your everyday lives and go to What The Festival. You will be glad you did. WTF are you waiting for? Get on board for your What the Festival experience next year! 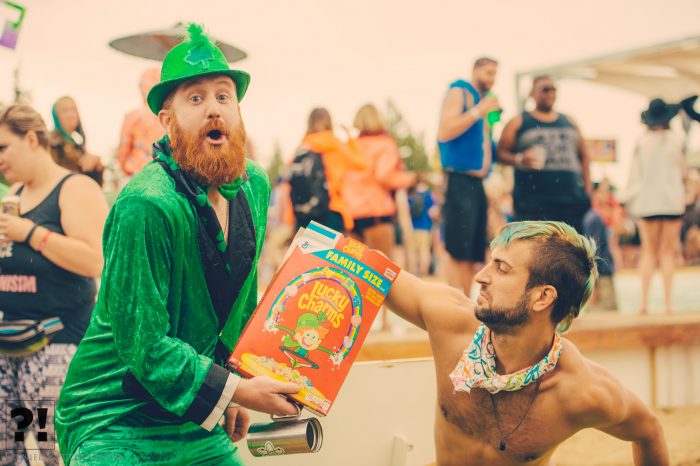 Josh is an actor,singer,writer,producer who enjoys all forms of art and expression. He grew up in TN but moved to NYC where he worked on and off Broadway. He later moved to LA to pursue film/TV and has grown quite fond of this place. Live music is food for the soul and Josh enjoys all of it.