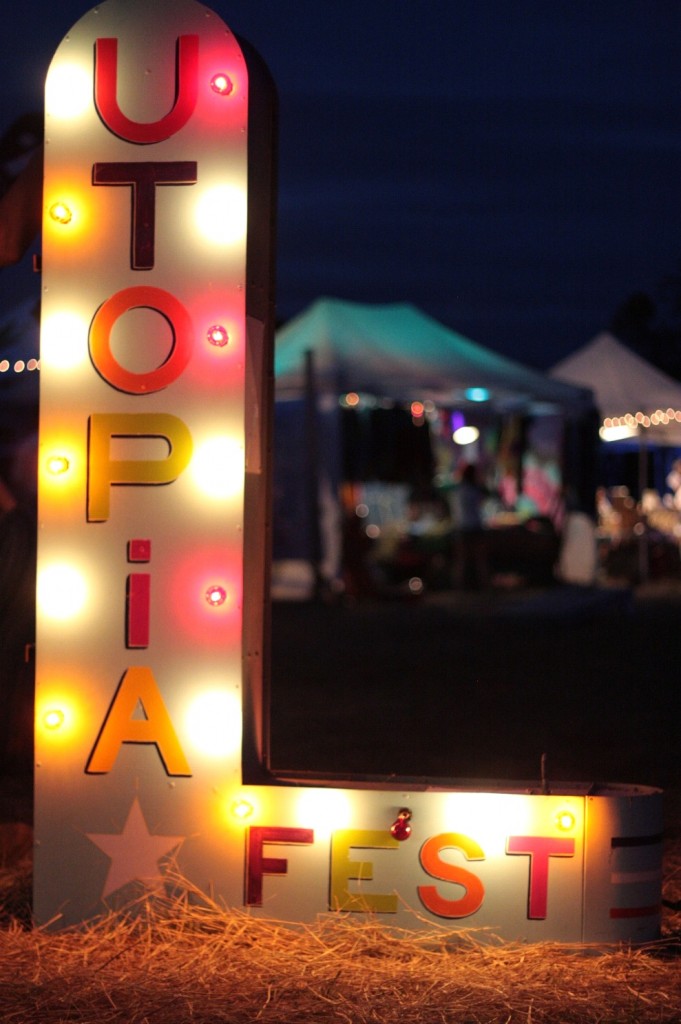 The hills were alive in the Hill Country of Texas for the 6th installment of UTOPiAfest and we can only summarize by saying we are already looking forward to next year.

This was our third year in a row to make the trip to the Four Sisters Ranch and also the third year for part of the fest to get rained on by those famous Texas fall thunderstorms, but the rain did not keep the fans at bay.

With the state suffering from a major drought, UTOPiAfest is starting to seem like a welcomed rain dance.

Bonus? The rain brought the beginning of cool fall weather and a welcome break from the exhausting summer heat. It was perfect camping weather: hot(ish) during the day with a crispness in the air at night.

The drive to the ranch in Utopia is one of my favorite aspects of the festival. It’s scenic, there are cattle crossings and mom-and-pop stores passed and as you get closer, you realize you are getting farther from everything: the stress, the traffic, the everyday routine. 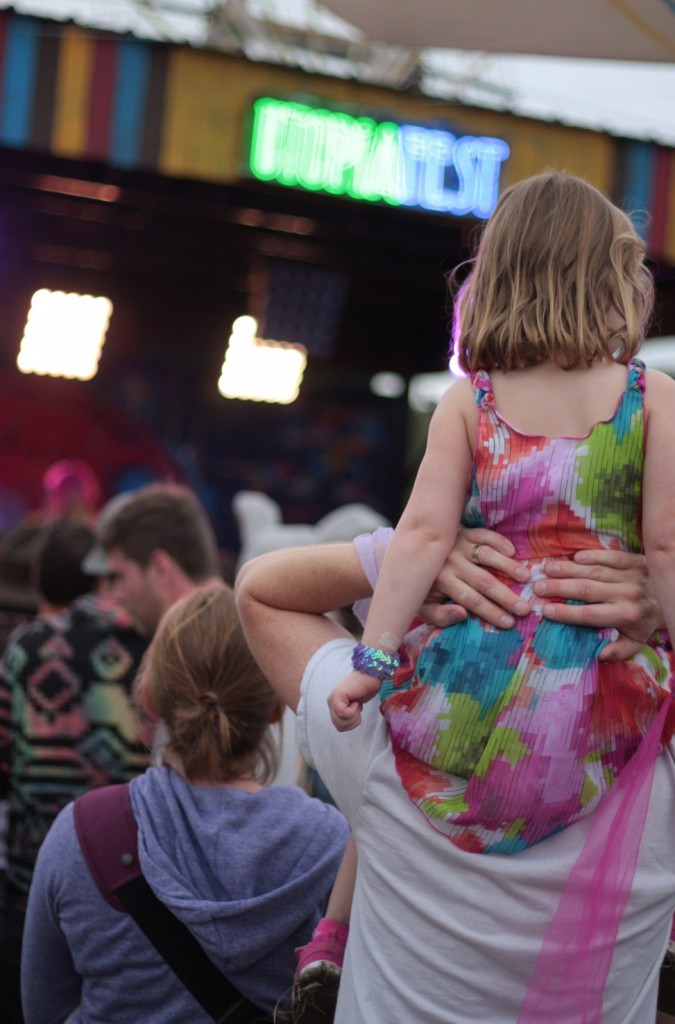 The field where the two stages are housed is literally nestled between rolling hills, in a small valley where, in any given direction, the sky is big and the land is green and inviting. You can wander a little here, set up camp on the outskirts of the festival to find some privacy, or jump right in and camp among soon to be friends. Within an hour or two of our arrival, we had already found friends we had made last year and were falling into that familiar vibe of the utopia experience.

Certain parts of the festival have really gelled compared to a couple of years ago as lessons learned have provided a step-up in regards to some of the more mundane, but necessary aspects of the festival. Check-in was well organized and a breeze with some really friendly staffers manning the tables (although I hear Friday night check-in during the storm was a bit rough).

The camping and parking areas were better organized and the car-camping and RV-camping area seemed larger this year than in years past. The rain and dirt combination obviously creates LOTS of mud, but I saw more mulch and sand out this year to combat it. The bathrooms were better located, with more hand sanitizer stations (yessss!). There were more food options, including a personal favorite, the 8 foot wood-fired pizza from Dirt Road Cookers which was an experience just to watch being made and the line was quick to form come slicing time.

I will say I never thought I would sprint for women’s underwear, but it totally happened Saturday. Late in the afternoon during Benji Hughes’ set, while waiting in line for the free human hamster ball (yes there were TWO), a low-flying prop plane starting flying toward the festival and once overhead, dropped dozens of pairs of women’s underwear and, although I never managed to grab a pair, I hear they were attached to a UTOPiAfest coupon. 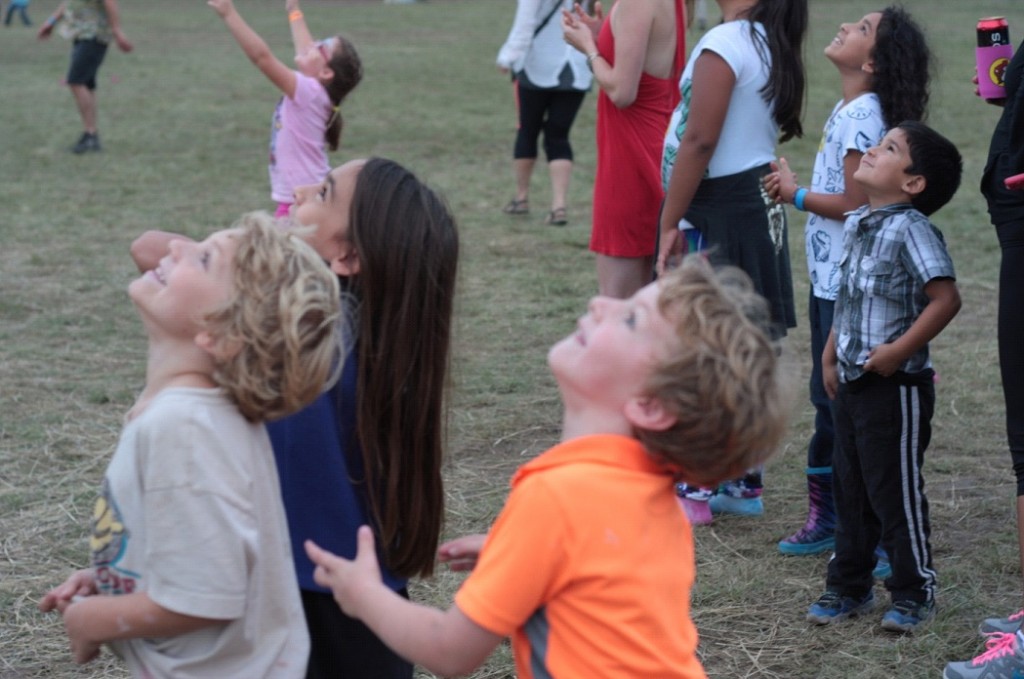 After the 2nd fly-by, kids and adults were joining in, dropping what they were doing mid-sentence to run across the field towards the latest drop zone. The weirdness of this fit right in with the laid-back, all-smiles atmosphere of the open field between the stages. In the end, it just didn’t seem odd or out of place at all.

Now for the music.

We found a few new favorites this year: the beauty of Warpaint, the neon-high-energy of Holiday Mountain and dance-happy Cilantro Boombox. 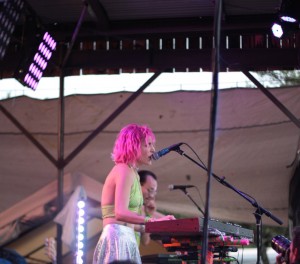 There were silent discos Friday and Saturday nights (or shall I say in the wee hours of Saturday and Sunday morning) as well as intimate acoustic sets at a stage up the hill (until 4 am)! There wasn’t any stargazing due to the cloud cover, but that provided an out of this world background to illuminate the sky with a light show until late night, complemented by a release of Chinese lanterns floating by and little kids running around with glow sticks.

A few too many day beers had us heading back to the campsite before Dan Deacon came on, but the small size and intimacy of the grounds, enclosed by surrounding hills, allows you to enjoy the show from as far away as your camp chair. So in the end you don’t feel like you missed anything at all.

Highlights of the festival as usual were the small intimate size (ticket sales are capped at 2,000) which allows you to get as close as you want to the stage and the advantage of BYOB. More details can be found at the festival wrap-up page. See you all next year. Bring your friends; leave like family.