The Final Chapter of The Global Journey [TomorrowWorld Event Review]

It was difficult to imagine what to expect leading up to TomorrowWorld. All of the videos, photos, stories, and previews were not enough preparation for the transformational journey that would occur in the desolate hills of Southwest Georgia.

One of the largest electronic dance music festivals in the world, the second year event returned to the Chattahoochee Hills in Georgia from September 25-28 in massive fashion, delivering in every way imaginable from the moment the first camper stepped foot inside Dreamville. 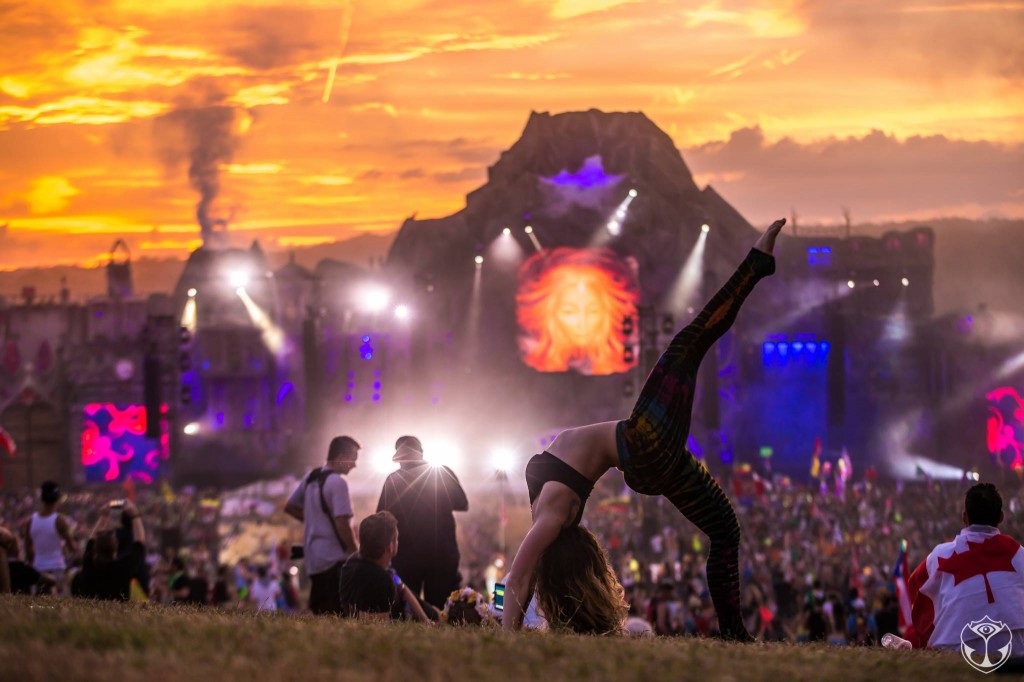 Just this summer we have had the good fortune of traveling to multiple festivals including Wakarusa, Electric Forest, Electric Daisy Carnival Las Vegas, Imagine Festival, and Ultra Music Festival, among others, and can honestly say that TomorrowWorld 2014 is towards the top of the list when it comes to favorite festival experiences. 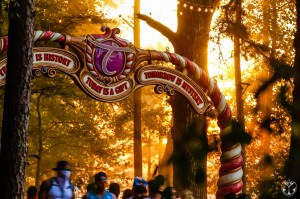 For 4 nights the corner of ‘Brazil and Western Europe’ was home.

Lined with geographic landmarks that served as street names, countries from around the world lended themselves as trusty landmarks for thousands of Dreamville campers that took over more than 100 acres of the Bouckaert Farm.

The tone was set from the moment we drove into the field.

International flags began to fly, bicycle taxis bumped music as they helped eager festival goers get to their campsites, and staff members greeted us with smiles and unexpectedly smooth dance moves. 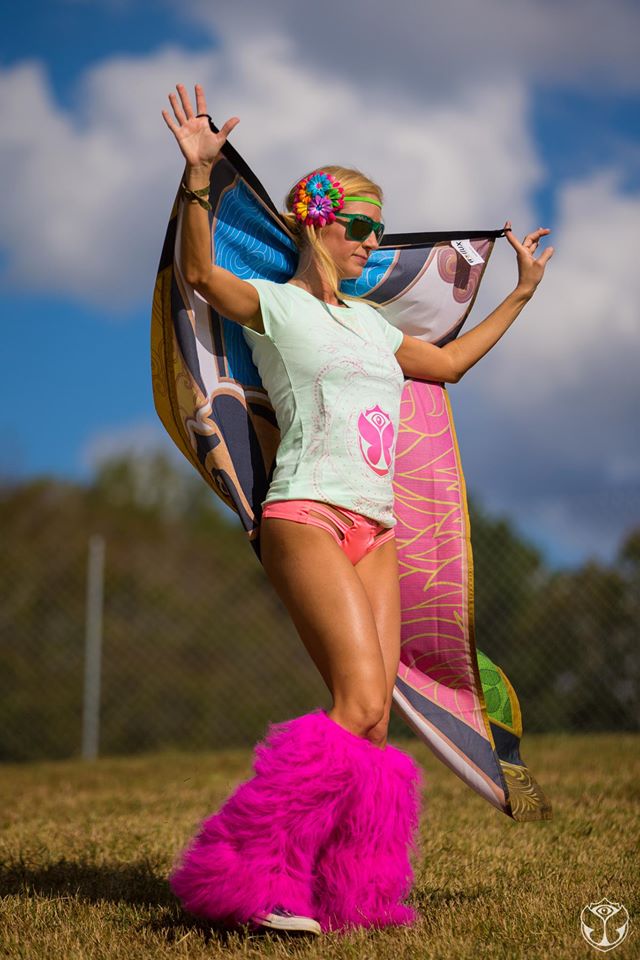 Arriving early on Thursday this year was extremely important, as organizers oversold Dreamville passes causing the community of campers to extend all the way up to the main entrance of the festival. Those arriving early would avoid this dilemma which saw lines grow to hundreds of people as the afternoon transitioned into the evening.

It is natural for complaints to surface as excitement and anticipation are overshadowed by waiting and frustration. Albeit once everyone had marked their territory, the weekend would proceed as what thousands would come to describe as “the best weekend of my life.”

As the sun receded in to the South Georgia skyline, the energy became palpable.

Open only to Dreamville residents, The Gathering was one of the best stage atmospheres of the weekend.

A constant flow of eager ravers emerging from their tents would continue throughout the night, with campers sprinting out of their site to the stage that was located immediately at the edge of the grounds.

The fact that it was only open to Dreamvillians who arrived a day early meant that the crowd was not body to body.

Aside from a few technical issues, one of which caused Sultan & Ned Shepard to end their set early, the music was on point. Dimitri Vegas & Like Mike proved why they are the faces of TomorrowWorld while DVBBS earned respect after a thoroughly disappointing performance at EDC Las Vegas. 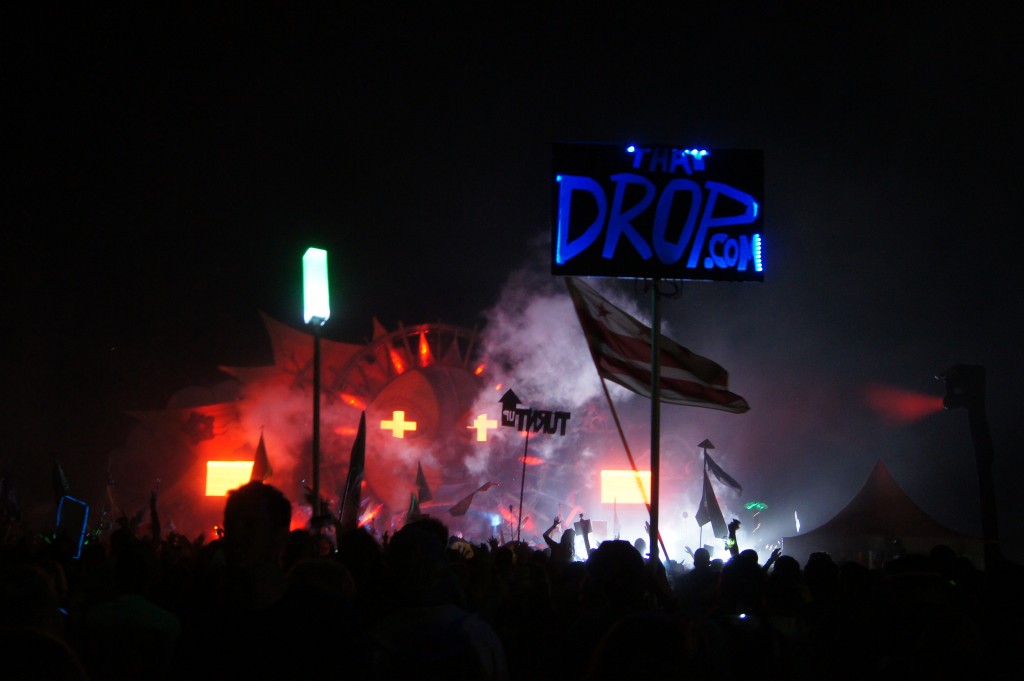 The energy and enthusiasm carried into the campsites, where the embers quickly ignited flames of friendship. 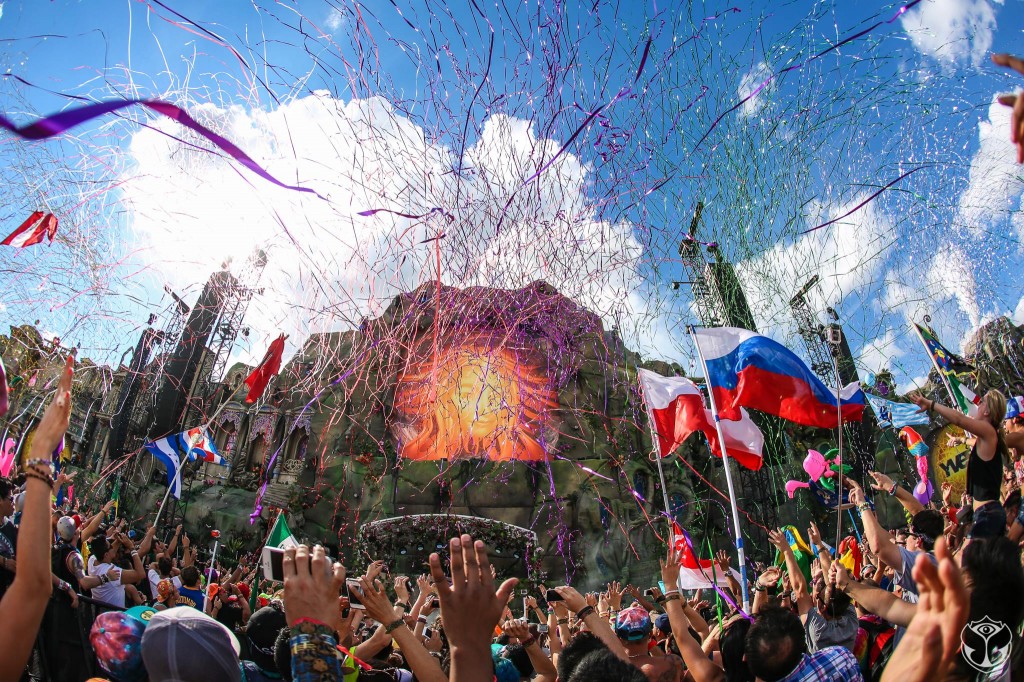 Those who took in everything there was to offer that first night awoke in the early afternoon on Friday to the bass from Paris Blohm resonating throughout the campgrounds as the crowd began to grow at an alarming rate. By late afternoon things were in full swing.

Once inside the main grounds, which were accessible by two bridges to the east and a main gate to the west, the magical land of TomorrowWorld was finally a reality.

It was nearly impossible to not keep your eyes towards the sky as cascading waterfalls blanketed the main stage from three stories above. The massive volcano bellowed smoke that would come to signify an imminent eruption of fireworks and disgustingly filthy bass drops throughout the remainder of the festival.

TomorrowWorld succeeded in providing the platform to ensure that you were a mindset away from having a life changing experience.

With seven stages that rotated between genres and record labels on a daily basis, there were enough performances to satisfy literally every musical taste at one point or another, a testament to ID&T and TomorrowWorld’s appreciation for every subculture underneath the electronic dance music umbrella.

Friday was a sprint from the beginning with Paris Blohm showing why he has been having one of the biggest years in the industry. Luminox unleashed a widespread epidemic of stank face at the It’s A Trap stage and Jody Wisternoff graced us with one of the best sets of the weekend in front of an intimate crowd at the Anjunadeep stage. 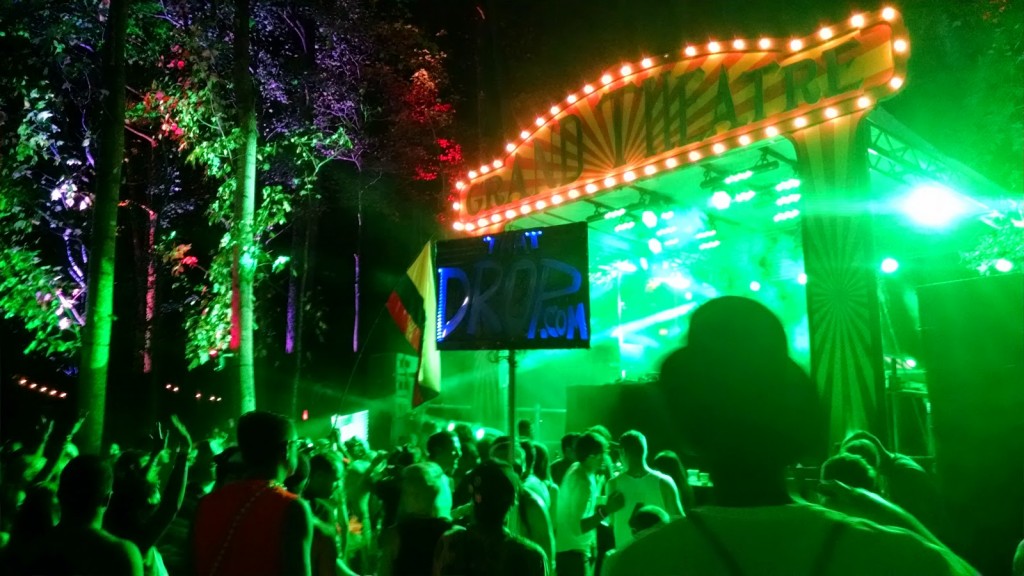 thatDROP in the house at the Anjunadeep stage for Jody Wisternoff

Kygo primed up the Main Stage with a refreshingly chill sound complete with perpetual tropical melodies. It was a nice respite from the big room bangers that took over the stage at all other times.

Despite these stellar performances, Friday was owned by the Mythical Frames stage. Tucked deep in the east end against the illuminated lake, Oliver, Tchami, GRiZ, Zeds Dead, and Bassnectar transformed lives in unexplainable ways for nine consecutive hours. 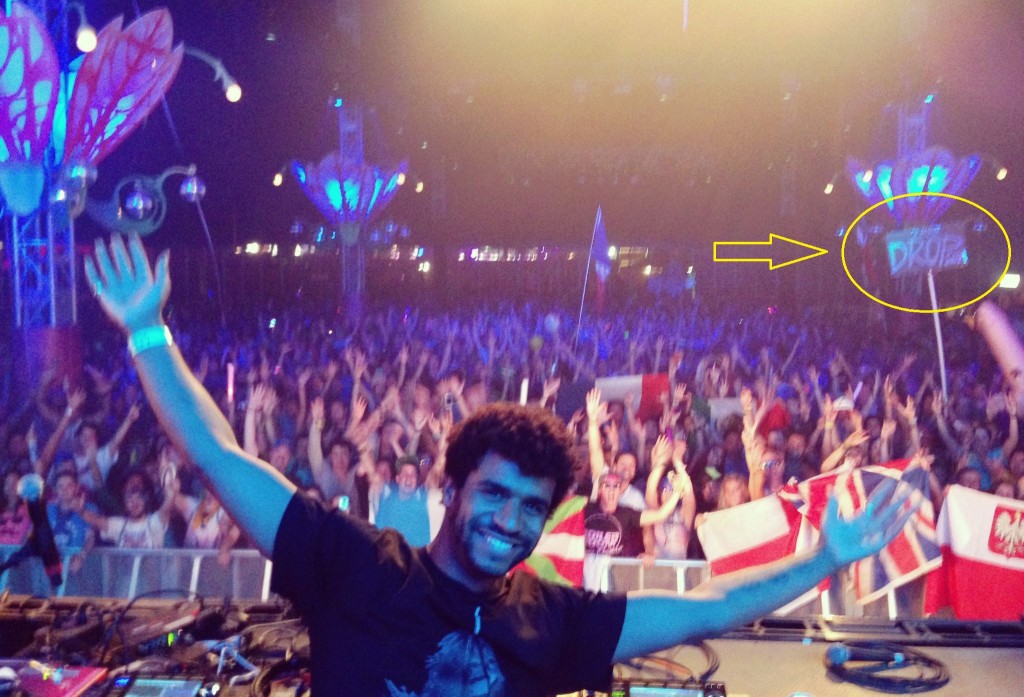 The second full day of festivities was all about the All Gone Pete Tong stage. Claude Von Stroke, Pete Tong, and Jamie Jones showed everyone fortunate enough to find themselves in that tent what proper electronic music is all about.

No telling us to put our hands up, no asking us if we are ready.

The artists laid down tunes that penetrated the cellular level of our existence, causing the crowd to noodle in ways that would have people in the general public thinking we were absolutely insane.

Reminiscing about what went down there is enough to bring up goosebumps.

Dillon Francis also put on a more than noteworthy show, dropping his latest release with Sultan & Ned Shepard titled “When We Were Young,” his remix of Deadmau5‘s “Some Chords,” and bringing Diplo on stage to make the crowd “Get Low.” The diverse 90 minute masterpiece ended with a unique outro of Whitney Houston’s “Dance With Somebody.”

The final day of the Global Journey provided a well-rounded dose of musical medicine with The Chainsmokers finding themselves back on the Main Stage where it all started; This time to a dedicated crowd begging for a #Selfie and with signs like “F*ck Kanye, I want to be like The Chainsmokers.”

Watch The Chainsmokers official TomorrowWorld after video below.

Keys N Krates made a pit stop in the middle of their Every Nite tour to introduce us to their recently released Faded EP while ending out with an emotional, extended version of “Dum Dee Dum.”

Not to be ignored was an epic set by Maceo Plex, immediately followed by techno pioneer Richie Hawtin who took the crowd back to the roots of dance music.

Check out this video we recorded of thatDROP.com at Maceo Plex.

An emotional end to a memorable journey.

It is easy to hate on the main stage and the ‘mainstream’ big room progressive house sound. However there is something special about sharing the final moments of an international festival of this magnitude with tens of thousands of new found family members.

While it was a tough call, we left Richie Hawtin early to take in the final main stage performance with Kaskade; A decision validated by the stunning production coupled with Ryan Raddon dropping tracks from his Atmosphere album. This concoction brought out the feels out in full force while interspersing tracks that gave a new definition to the phrase “turnt up.” 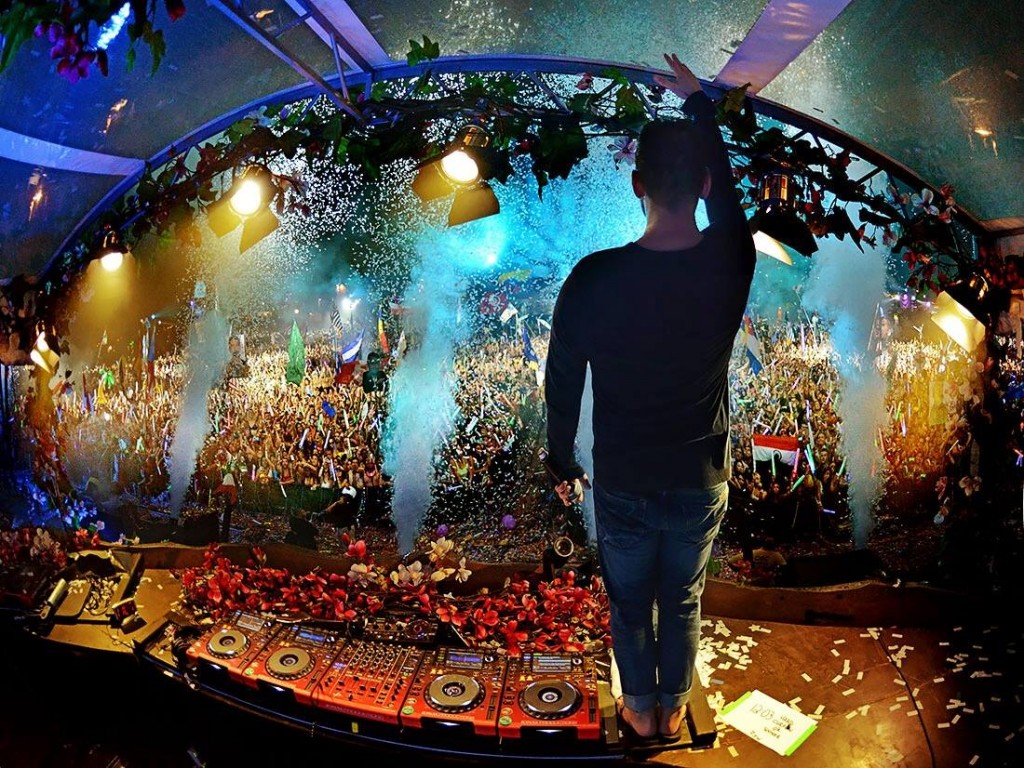 Kaskade closes out TomorrowWorld on the main stage. / Photo via Facebook – Kaskade

One of the most beautiful moments of the entire festival was during his remix of Porter Robinson‘s “Lionhearted.”

It was difficult to hold back tears as eyes scanned the crowd, watching tears fall at every turn of my head. We witnessed the sharing of passionate embraces that solidified friendships that will surely last a life time.

That moment served as a humbling reminder of why we fell in love with electronic dance music.

It was also a lesson in suspending ego. The more festivals and shows one attends, the less inclined they can become towards main stage artists.

However it is important to realize that we are all at a different phase of our own journey. No matter who is playing on what stage, special memories are being created at every corner of the festival.

Though the music was over, the festivities were not complete.

As the crowds funneled back into Dreamville, after parties popped up at various campsites. We witnessed a giant salsa party near the marketplace that lasted for hours as Mexican flags waved with pride. The crowds lingered in Dreamville late into the night, rejoicing in the shared experience that is difficult to tie words to. 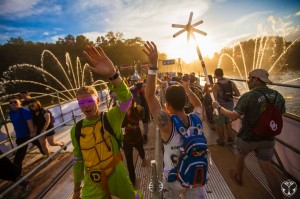 Exhausted from four days of dust inhalation and constant flailing, we eventually made it to our temporary homes. The sun would illuminate Dreamville one last time.

It was tough to predict what would happen at TomorrowWorld. Sometimes it is best not to have expectations as they set us up for disappointment.

Experiencing an event like TomorrowWorld with an open heart and an open mind rewarded us with experiences and relationships. We made friends from corners of the world over a shared interest and a thirst for adventure.

It is heartbreaking to come back to reality and scour social media to see that so many people did not have similar insights.

While there are certain aspects that detract from the experience – such as thieves and insufficient bathrooms – we can learn to move beyond the things we cannot control and to live in the moment, allowing the music to continually unite us.

Thumbing through the last pages of the final chapter of The Global Journey, we can’t help but smile at the weekend we had all shared.

Yesterday is history. Today is a gift. Tomorrow is a mystery. – TomorrowWorld 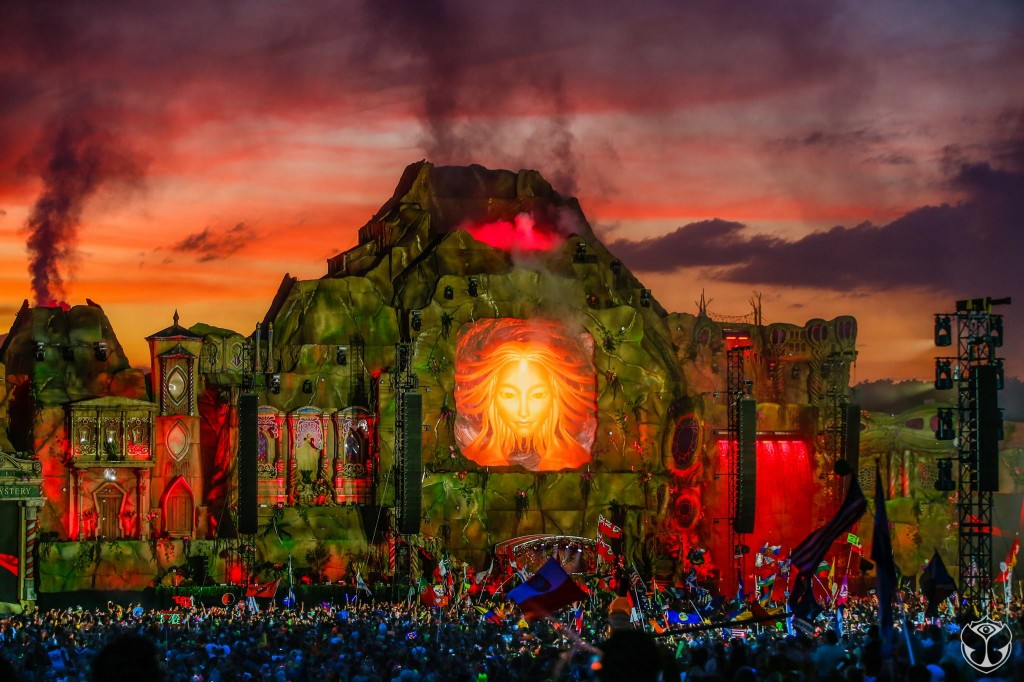 While our weekend in the hills may be history, it provided memories that will remain at the forefront of our mind for our remaining days.

TomorrowWorld is more than an electronic dance music festival. It is a transformational gathering where relationships are forged, purpose is discovered, and lifelong memories are made.

We hope that we can share moments with you and meet up at events in the future.