Nocturnal Wonderland 2017 has come and gone, leaving those of us who attended in a post rave glow, craving the incredible vibes and feels from the astounding atmosphere, energy, and music. 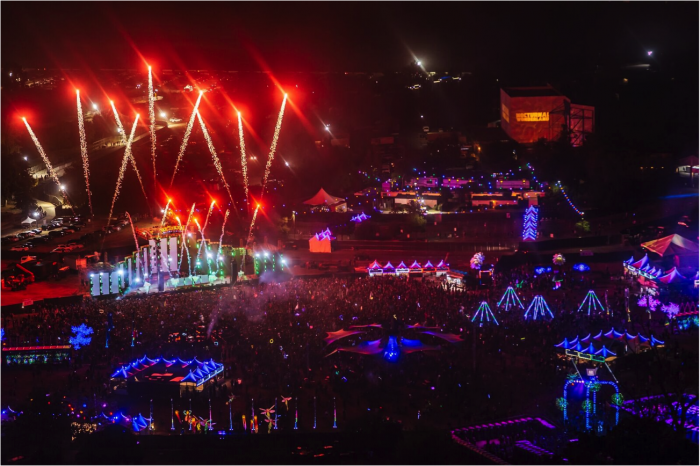 This year was by far one of the best thanks to all the detail that went into this amazing event, setting the perfect tone to create life-long memories in a dream-like environment.

Listen to Champagne Drip as you read our review:

From the stages to the trees, the lighting created a euphoric ambiance while the music had you bouncing and noodling through the crowd. The level of intimacy of this event, compared to others, was above and beyond. It felt like the DJ’s were one with the crowd, and some of them were, we had the opportunity to run into Champagne Drip at Temple Noctem. 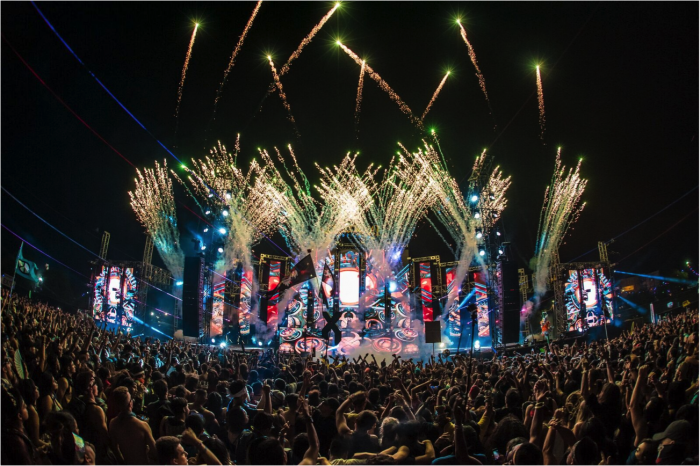 Each of the stages had been recreated to adhere to the vibe it blasts.

Temple Noctem got a whole new look that somewhat resembled a really cool picture frame, and seamlessly flowed with changing colors and beats from the future with artists like Just A Gent, Krane, Born Dirty, and Wuki.

Labyrinth was filled with live acts that were a treat to see; standing in front of what resembled a big woven basket-like nest, we wiggled to the sounds of Keys N Krates, Champagne Drip, Goldfish, Haywyre, Pluto and more. While main stage, Wolves Den, threw down with artists like GTA, Excision, Zomboy, k?d, and Ducky. 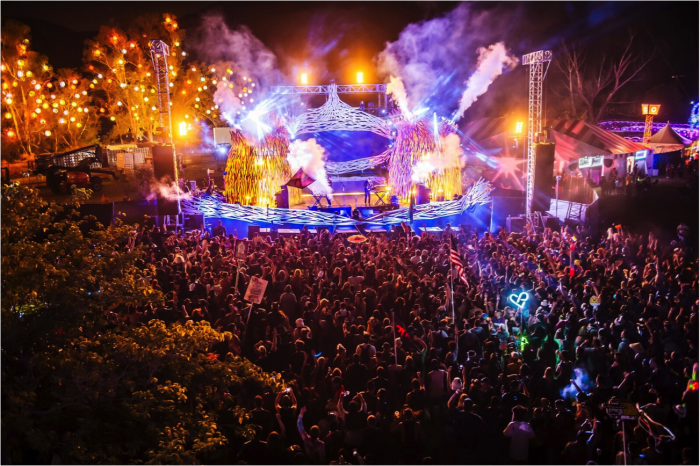 Our favorite makeover was Sunken Garden. This year the stage design was hosted by Drift, and it was an absolutely astonishing view from all areas of the festival. The wooden light house was perched at the top of the hill and sent its lasers and aerobeacon shining far across the festival grounds.

The vibes that the stage brought were nothing short of absolute filth.

Coming from This Ain’t Bristol, you can expect nothing less. We noodled to the most solid grooves and bangers the festival had to offer with sounds from Maximono, Billy Kenny, Sub Focus, and a slew of more. 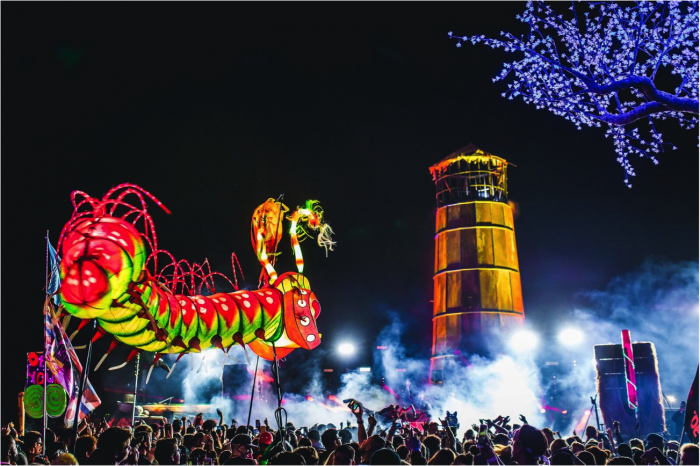 Though Corona Electric Beach (the spot with secret sets) and the Boom Box Art Car (hosted by Cat’s & Boot’s) weren’t ‘main’ areas of the festival they still brought some pretty bouncy vibes while passing by, causing a lot of us to stop and check it out for a bit.

The art was off the wall, literally, it was all over the place and black lit, a true spark of the old school era. We had a blast painting in the black light caves and leaving our DIY mark as we passed by to check out some more of the live artists painting to the groovy beats of nearby stages. 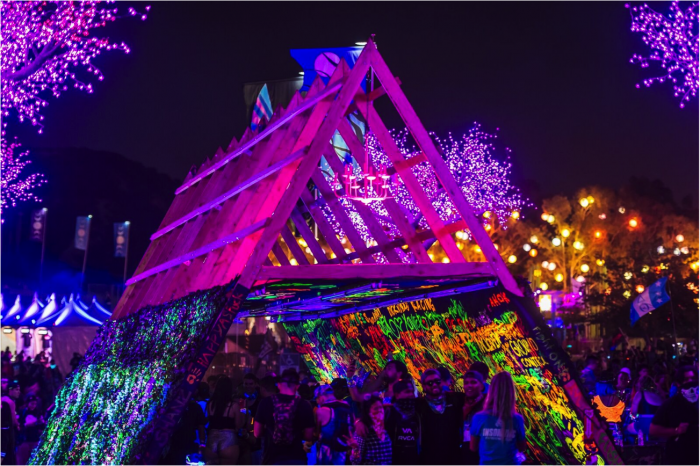 The food this year was also over the top, with vendors like Belly Bombz, The Deli Doctor, Heritage LA, and Street Kitchen LA. Our favorite was Shake Ramen, the warm Ramen was perfect for that chilly walk back to the car after dancing up an appetite.

All in all this year’s Nocturnal Wonderland was exquisitely executed, every detail, every decision made by Pasquale and his team at Insomniac, every attendee, every artist, every vendor, all of it was an experience we couldn’t be more thrilled to be a part of. Thank you Insomniac for always coming through with the unforgettable memories. 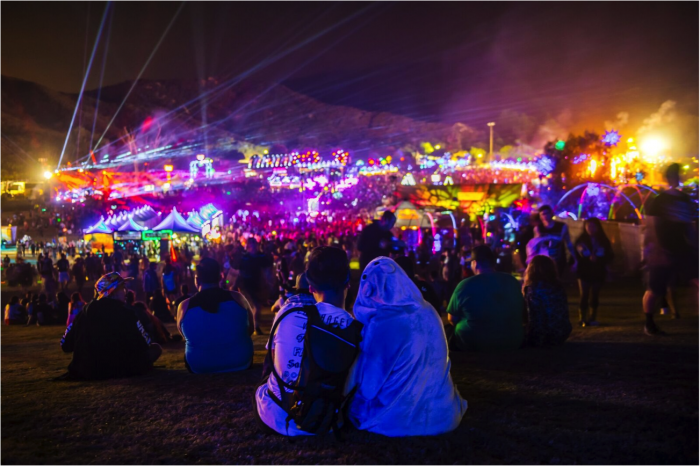 Finally, check out our exclusive interview with Pluto were we fortunate to have during the festival HERE.