TELYKast & Basko Trap It Up While “Driving” With Sammy Adams

Sammy Adams is the name of a once-local rapper who had every girl in high school fawning over him and taking the train to Boston when he performed. That is if they went to school in the NY-Tristate area during the early 2000s. Even if you didn’t go to high school from 2009 – 2013 in New England, you’ll be in for an electronic treat facilitated by TELYKast and Basko.

TELYKast & Basko Trap It Up While “Driving” With Sammy Adams 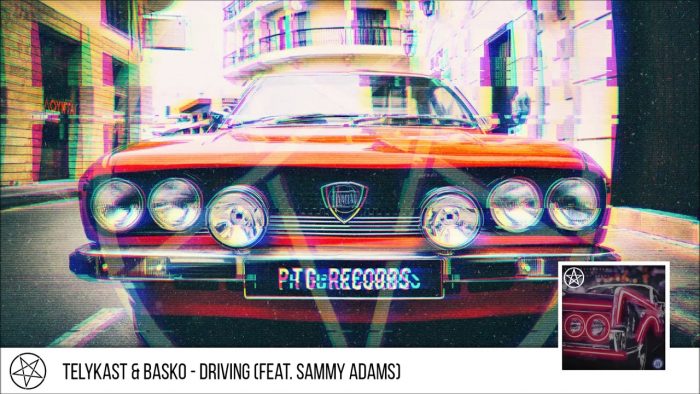 Sammy’s vocals glide over the trap-esque, hip-hop beats and line the track known as “Driving.”

Both producers clearly have no issue working with the vocals of a quick-lipped rapper. While we might not be listening to the latest Busta album, Sammy Adams’ vocals have no problem gliding over the various riffs with complete ease. TELYKast and Basko masterfully handle the melodic segments of synth presented under Adams’ vocal lines. The simple lyrics  profess a youthful sort of “party-love.”

Look no further if you’re looking for a powerful track which gets you in the “boo” mood for the winter season while you’re driving down the scenic route.

This new banger shows all the potential to appeal to the masses as Trap elements become more popular in music today. “Driving” contains enough punch to satisfy your immediate vibes. This track is perfect for the car or at the club. There’s always room for the “gangsta lean” when “Driving” is played.

Get “Driving” here! Keep on the look-out for more quality trap beats from these hit-makers.

3rd Eye Therapy, a new weekly event, made its first debut on November 9, 2017 at Club Voodoos in Columbus…

Walk Through A Chilling Photo Tour Of Insomniac’s Escape Halloween