A longstanding superstar of the South African house scene, Themba has continued to build a global reputation since dropping his highly acclaimed single ‘Who Is Themba’ in 2018. With his music receiving support from A-listers such as Adam Beyer, Pete Tong, Hot Since 82, Damian Lazarus and Masters At Work, he has toured with fellow South African pioneer Black Coffee as well as released his third DJ mix album earlier this year, Herd In Tulum. 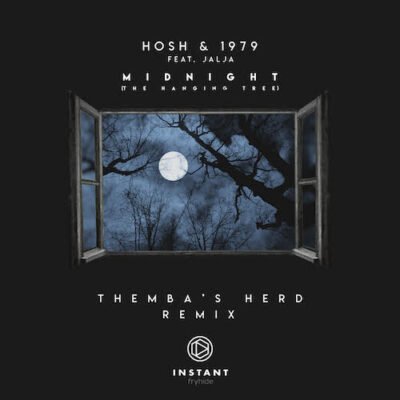 ‘Midnight’ utilizes the infamous tune sung by Jennifer Lawrence’s character at ’The Hanging Tree Scene’ in the Hunger Games: Mockingjay. The vocal has made rounds in the dance community and can also be heard in Michael Bibi’s track ‘Hanging Tree’.

The masterful track has so far amassed 10.5 million streams on Spotify alone, also receiving the remix treatment from house legend Henrik Schwarz. First released exclusively on Beatport back in December via HOSH’s fryhide label, it reached #1 in Melodic House and Techno Tracks playlist and #2 in the main Beatport Chart, as well as receiving strong support from BBC Radio 1, including being named the first ‘Essential New Tune’ of the decade by the legendary Pete Tong.

Listen to his fierce ‘Who Is Themba?’ and enjoy his set from Resistance South Africa to keep the Themba vibes rolling.