The lows, the highs, the tension, the lies; poker is a game with many faces and a textured history. It’s also a rich hunting ground for artists and producers looking to give their work an injection of anything from grit to glamor.

The movie world has been littered with poker themes since the days of the old westerns, where games would usually precede gunfights. Films built around poker such as Rounders, Molly’s Game, and James Bond’s Casino Royale have proved to be some of the most enduring around the world. 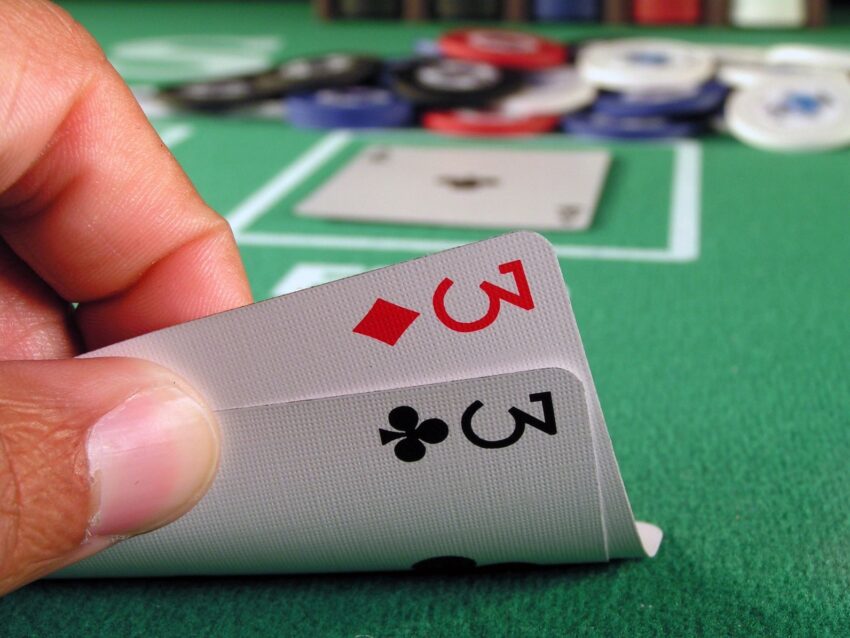 The world of music is no different. Whether it’s songs about poker itself, or songs using poker as a metaphor for bigger things, there is a strong connection between the two worlds.

Words of nervy deals, lady luck, and reading the steely faces around you, create instantly relatable images to carry a point, or an atmosphere. From country to hip hop, and heavy metal to pop, poker always has the potential to be a songwriter’s best friend.

So what are the best poker songs ever written?

Written by Don Schlitz in 1976, “The Gambler” was recorded by Bobby Bare and Johnny Cash before Kenny Rogers made it a hit. Twenty-two at the time of writing, Schlitz penned the song in an effort to capture his relationship with his late father.

With Kenny Rogers, the song was a hit around the English-speaking world and reached number one in the US country charts. It also went Platinum in New Zealand and the UK and inspired a series of Old West-style TV movies in which Rogers himself starred.

Though it also deals with other games, Motorhead’s anthem to taking chances was voted the best poker-themed song in a 2019 survey. Its high-octane riffs and repeated insistence that “the pleasure is to play” capture the thrill of the game like no other.

“Ace of Spades” became the rock legend’s best-known song and propelled its namesake album to success across Europe and in Canada. It was named by VH1 as the tenth greatest hard rock song of all time.

Lady Gaga’s global hit song might not actually be about poker per se, but it is absolutely flooded with the imagery. It’s not just in the words or the title either, but in Gaga’s grandiose Las Vegas video.

The metaphors are a little more open in “Poker Face”, but the idea of gaining an advantage by being difficult to read shines through. It’s certainly a gamble which paid off for Lady Gaga too.

Number one in 20 countries around the world, this single sold more than 10 million units in the USA alone. The song, from Gaga’s debut album, helped launch the journey which led to her being surrounded by poker at her famous Vegas residency.

Luck Be a Lady

Sinatra’s smooth appeal for his luck to hold out has no doubt been echoed by a million card players in a million games. It’s easy to imagine these melodies being hummed under a player’s breath as they hope for just the right cards to land.

Best known for being performed in the Broadway musical, Guys and Dolls, and its film adaptations, “Luck Be A Lady” is a signature song for Sinatra. It also featured prominently in Robin Williams’ hit comedy, Mrs. Doubtfire.

That Was A Crazy Game of Poker

If what you want from a poker song is thorough referencing, then this song from O.A.R. has to be on your list. The narrator doesn’t do too well from the game, but he comes out with a great story to tell.

The song, apparently inspired by Stephen King’s novel The Stand, lists poker hands, raising stakes, and even the accompanying bourbon. It’s by far the least successful song on this list but perhaps the only one about an actual specific game of poker.

A Good Run of Bad Luck

Clint Black takes lines from Sinatra in his country ode to the gambling life and dogged perseverance. The fourth single from his fourth album, Black sings about keeping your faith and pushing through those bad luck moments to chase that win.

It might not be the biggest song the multi-Platinum artist has ever released but it still topped the country charts in both Canada and the U.S. It also featured on the soundtrack to the 1994 poker movie, The Maverick, which starred Mel Gibson and Jodie Foster.

The Winner Takes it All

Ok, so it’s not specifically about poker, but Abba’s unforgettable ballad of defeat and victory is as much a poker anthem as any. It covers everything about the game: highs and lows; winners and losers; sadness and success.

A number one around the world and almost a million copies sold in the UK alone. “The Winner Takes it All” combines the pop success of “Poker Face” with the enduring legacy of “The Gambler”.

Anyone doubting this entry as a great poker song needs to ask themselves just one question. If you were getting yourself ready to play the best game of your life, which of the songs on this list would you want to hear?

The evocative nature of poker is undoubted, and the number of great songs to draw from the game’s imagery only proves this more. Whether it’s the drama, the challenge, or the focus, music has always and will always continue to find the perfect metaphors in the most famous card game.

Which is your favorite poker song?