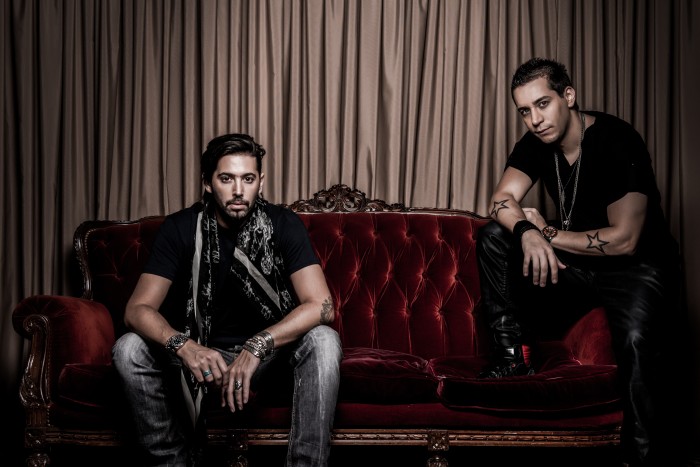 South American dance duo HIIO has been making big waves in the international dance music community since first blasting their way onto the scene in 2012 with their massive remix of Chuckie’s “Who Is Ready To Jump”.

Comprised of producers Ortzy and Nico Hamuy, HIIO was destined for big things from the very beginning.

No strangers to the limelight, the duo’s discography already holds over 20 Beatport Top 100 tracks, and they’re just getting started.

Consistently touring with some of the biggest names in EDM (Tiësto, David Guetta, Swedish House Mafia, Erick Morillo, and more) and playing some of the world’s largest dance music festivals, expect to hear more from the powerful duo as they continue on their moon-bound trajectory.

We had the opportunity to dig a little deeper and ask the duo some questions to get the full HIIO story, this is what we got:

For our readers that aren’t familiar with the HIIO story, can you tell us a little bit about your history working together and how HIIO came about?

We were introduced by a mutual friend when Nico was visiting Cali, Colombia where Ortzy lived at the time. We decided to work on a track together called “Something About You” feat. Terri B!. After working together on that project, we decided that we wanted to keep making music together and eventually formed our duo called HIIO. Ortzy then made the move to Buenos Aires so we could be together in the studio.

Where did the name HIIO come from?

When we first started as a duo we chose HIIO because the “H” represented Nico’s last name (Hamuy) and the “O” represented Orzy’s first name. The roman numerals “II” in the middle represents us as a duo making it HIIO (pronounced H20 at the time). As we became more recognized in the industry by major artists such as Dada Life and Tiesto, they kept pronouncing the name as “he-ohh” on their radio shows. It got to the point that we had to eventually change the pronunciation to just that – “he-ohh.”

You’ve settled into upcoming dance music mecca of Buenos Aires as your musical home base, what about the city drew you to set roots there?

… Ortzy was the one who packed up his life and made this big move for the duo. There’s a strong dance music culture here, and we’re lucky to have some of the big festivals such as Creamfields and ULTRA coming through our hometown. 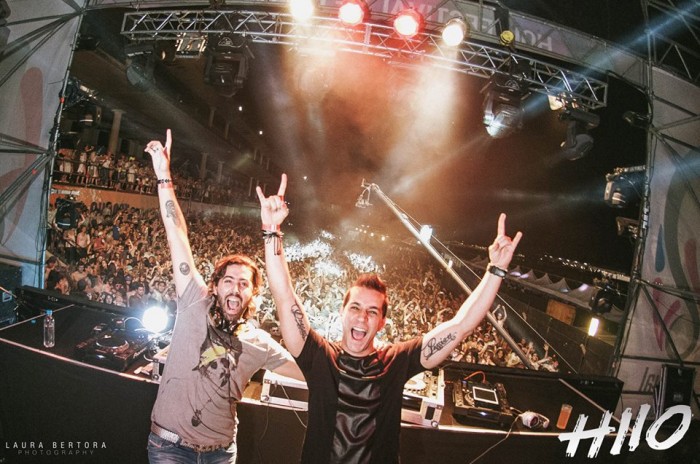 Every song comes from different sources of inspiration. Sometimes listening to another song of electronic music or maybe classics from rock or dance. An idea comes to your mind and then we go to the studio and start playing around with different sounds and structures. The funny thing about this is that 99% of the time, the final new song is completely different compared to where you got the inspiration!

As for the songwriting process for vocal tracks, most of the time we do an idea with pianos or lead sounds, to get a basic idea of the break. Then we send that to the singer/s and they start composing lyrics and melodies. A few weeks later, they send the vocal idea for that break. Once we decide the final vocal and lyrics for the song, we put it into the track and complete the rest of the song. That’s basically the process for vocal tracks.

Performing live vs. settling down in the studio – where do you prefer to be?

That’s a tough one, because when you’re in the studio that’s where you’re making magic, and when you’re performing live, that’s when there’s that surreal adrenaline rush. The reality is, you need both. One isn’t preferred over the other.

What’s something surprising that your fans don’t know about you?

We love salsa and we love to sleep for 2 hours before each show!

What’s on the horizon for HIIO? Any big releases, collaborations, or tour announcements coming up?

Right now, we’re working on 2 progressive house tracks with huge vocals. We also have 1 groovy/house track which is more so Kryder style, and 1 collaboration with Sevag – all of them are originals. We also have a new track coming out on August 24th called Vortex on Dirty Dutch Records. We’re excited to get some of our new stuff out, so our fans can enjoy the new music which we’re in love with. As for touring, we’re planing 2 huge tours. 1 around Asia for the end of the year and the other for Central America.

Lastly, is there anything that you’d like to leave our readers with before you go?

Make sure to check out our newest track “Vortex” coming out on Chuckie’s Dirty Dutch label on August 24th! Good vibes and house music to everyone!

In the meantime, check out HIIO’s massive track – “Turn Up the Bass” – below.