The launch is primed for a smashing debut with exceptional support from the Afro House King Black Coffee who you’ll consistently find playing the track in any setting. 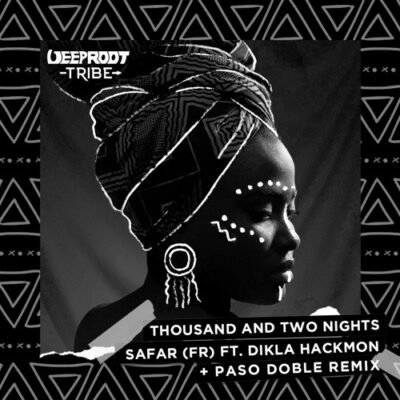 Opening with soft house grooves and leading into a plethora of synths, the tracks create an air of mystique and awe that mesmerizes the listener. Perhaps the most galvanizing feature of ‘Thousand And Two Nights’ is Dikla Hackmon’s haunting vocals that reach their way into the soul itself.

As the vocals suspend you into a climatic moment, the warm beat reappears at just the right point. Everything, including the spacious melodies and the multi-textured percussions, make this two-track piece truly touching and unforgettable.

This new “Straight From The Roots” sublabel, boasts innovative afro house compositions that has already gained a substantial amount of support from world-renowned DJs such as Black Coffee, Blond:ish, djeff, MoBlack, and others. Its fusion of kwaito, tribal, deep and soulful house music creates an indigenous and exquisite percussive sounds that are more and more being showcased stateside.

Alongside the premiere of Deep Root Tribe we had fruitful interviews with Safar and Paso Doble as we dove into some afro house and their worlds.

Born in Morocco, Africa and residing on the French Riviera, Safar (FR) honed in on his sound as a resident at Pacha and Nikki, finding a precise blend of techno and ethno. A unique style that seduced audiences all around the world from Ibiza to Dubai and allowed him to share the DJ booth with great artists such Carl Cox, Sasha and Digweed among others… 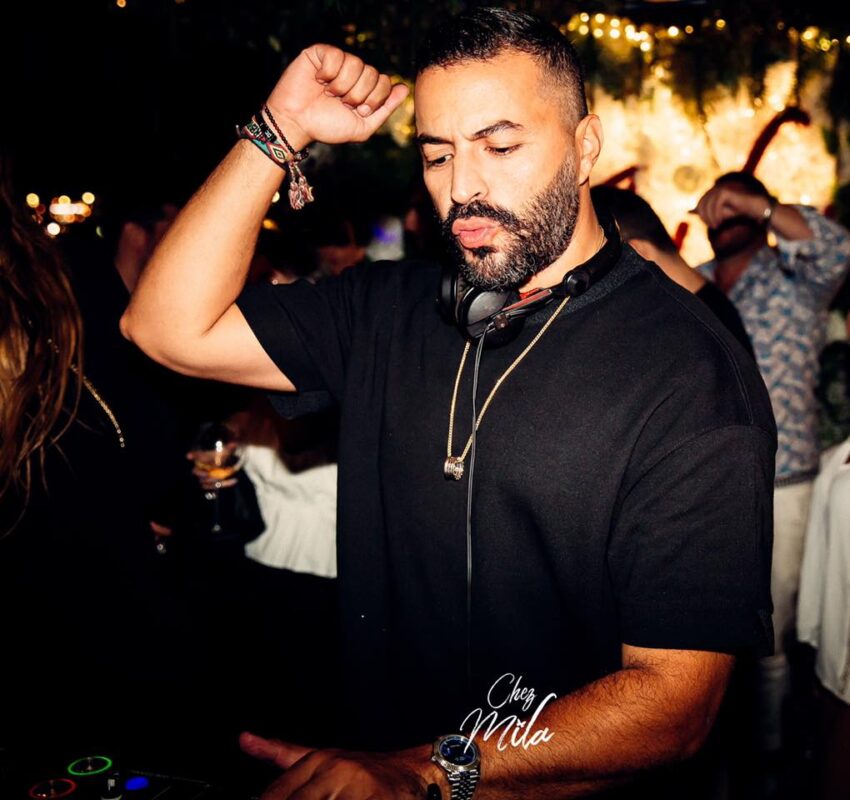 What is it about house music, particularly afro house, that speaks to you?

House music is a feeling, a state of mind, a style which never stops evolving day after day. Afro House to me is the perfect harmony between the machine and human, I love when the electronic beats hits the hand percussion or the Afro ethnic Voice, it creates another dimension.

You really hit the primal bone with this Deep Root Tribe premiere. What intentions did you put into creating Thousand and Two Nights?

Thousand and two nights EP represents the real me, my African origins with my worldwide experience for over 22 years. I wanted to create a simple track that takes you away with that dreamy chords, amazing voice and ethnic melody, I think it’s the best recipe!

You are known as the Ambassador of Ethnic Melodic, what are a couple accomplishments or reasons that earned you that title? 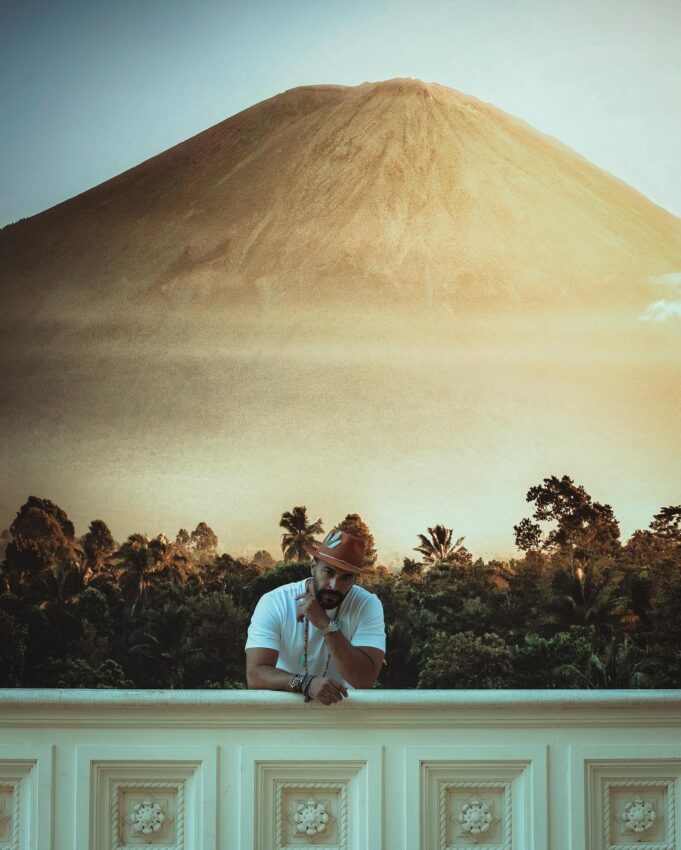 Yes! That’s exactly what I wanted, my Radioshow (SAFAR RADIOSHOW) every Thursday in Ibiza Live Radio is the testimony, my music is located between afro house, organic house and mélodic techno, always with an Ethnic Touch. This is what I play and what I produce, and this is me…

People are expecting a voyage every time I’m playing and I love that this is my big accomplishment.

You have shared the stage with the likes of Carl Cox and Sasha & Digweed, could you say you learned some tips from them? Do you have any tips for rising DJs and producers?

Definitely, DJ’s have different tips, different styles, but what I learned is something else. Each artist has to have his own vibe, nowadays you can find good music everywhere, but it doesn’t make you unique to play good music! It is how you play it, and how you manage the Energy of the crowd, that makes you special.

Looks like France has quite the vibrant and ambitious scene, with parties near the Eiffel Tower and such. What have been a couple particularly unique or underground environments you have DJ’d in?

Due to the current pandemic, I can say that Parisians are lucky to party in some open air areas such as the boats in front of Eiffel Tower. It is pretty cool to meet people again in such a beautiful space, nicely decorated with flowers, I’m talking about my favourite place (Chez Mila). Here you will find an energy on fire with beautiful crowd, this is exactly what we need right now to keep the faith.

What are your favorite clubs and festivals throughout France?

This is a hard question actually, I don’t have a favorite place but I had very good time at (Manko Loko Paris) also (The KEY Paris), the Cercle are doing very cool parties as well, concerning the festivals (Les lages électroniques) in Cannes is definitely a massive one. 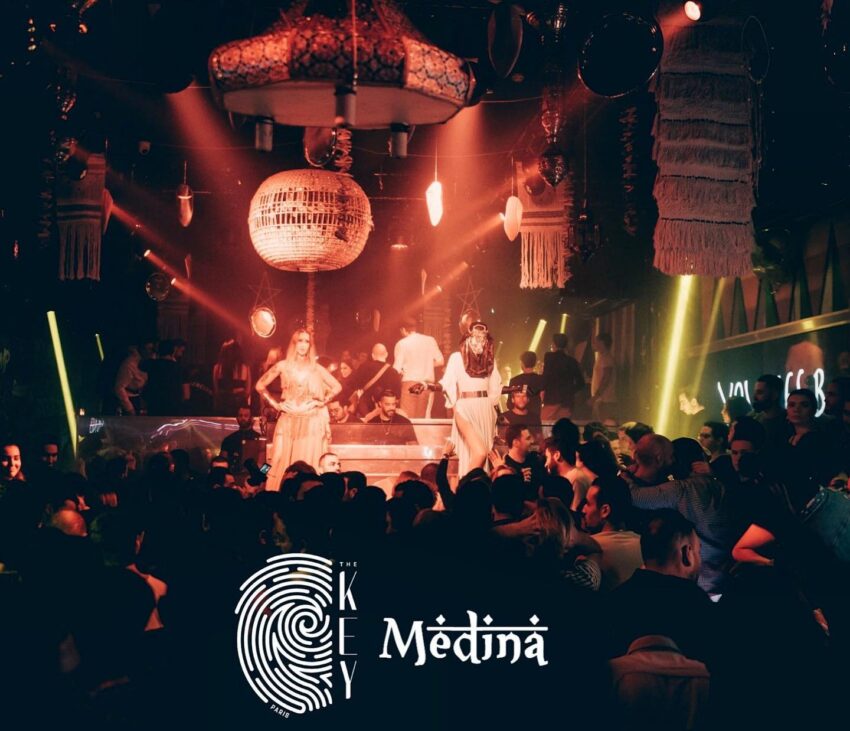 What are 3 tracks you find at the forefront of electronic music?

So many, but if I had to choose, I will definitely not forget to mention the classics: Laurent Garnier – Man with the red face, Dj Rolando – Knight of the Jaguar

Amazing records. Those are some stabs for ‘Knight of the Jaguar’. What is next for SAFAR?

After this release with Deep Root Tribe, I have another smashing EP coming up next on the new record label of Bedouin (Human by default) another special ethnic EP with 3 tracks already supported by Bedouin and so many big Artists, a beautiful Afro House collaboration with Wally Lopez out on (Natura Viva).

Also big surprises and great work with some talented artists around the world.

The Algerian born, Paso Doble is the producer and DJ who founded Of Melomania Records out of Montreal, Canada. Back in 2002 in Spain, Paso started sinking his teeth into afro, deep and soulfoul house music starting back in 2002 in Spain. He then moved to Montreal to live his passion, inevitably becoming an authentic ambassador of afro house. 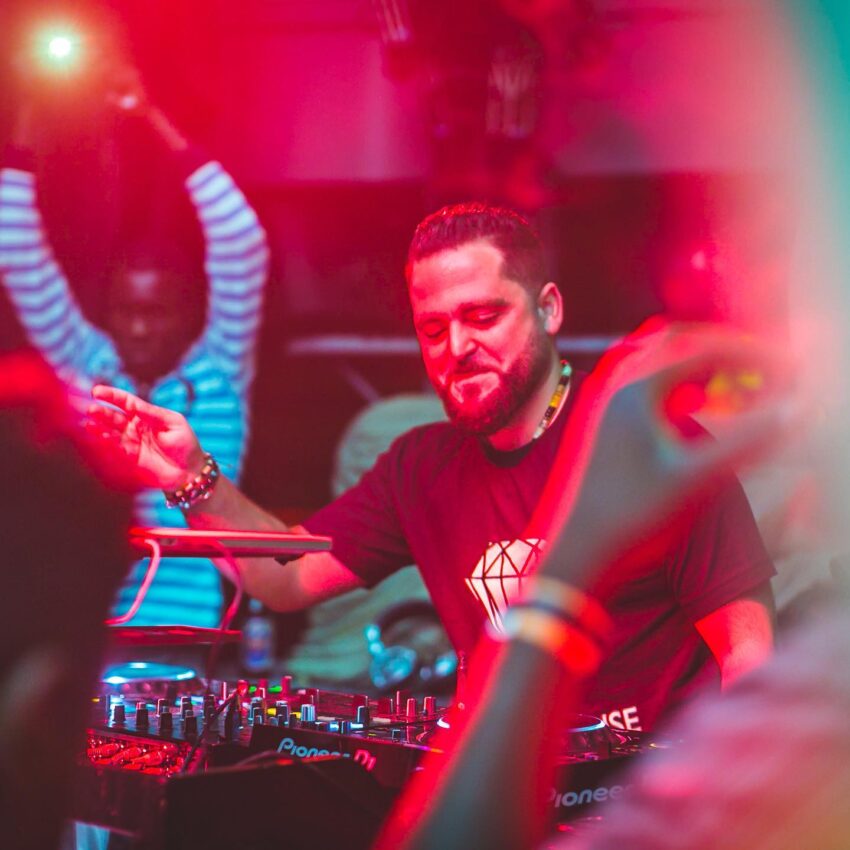 Over the years he has gained a loyal following after playing alongside big names like Black Coffee, Spen and the ancestral soul artist, Boddhi Satva, as well as having many records on reputable labels land on Traxsource’s Top 20 Best Singles, namely the internationally played, ‘My World‘, that brings the steel drums new life. Enjoy reading more of his story through our exclusive interview.

How did you book your first DJ gig? How did that gig blossom into you traveling the world to DJ?

My first international gig was after my first release My World in 2009, somebody on Facebook sent me a message telling me that he likes my work and he wants to book me in 4 cities in Greece ! Was magic for me because before I was playing only in Canada !

I was very young, it was a special feeling. Playing music for me means sharing love with the crowd and that’s exactly what happened ! People reacted well, they took some videos about my night and after that was natural I start receiving many booking requests ! 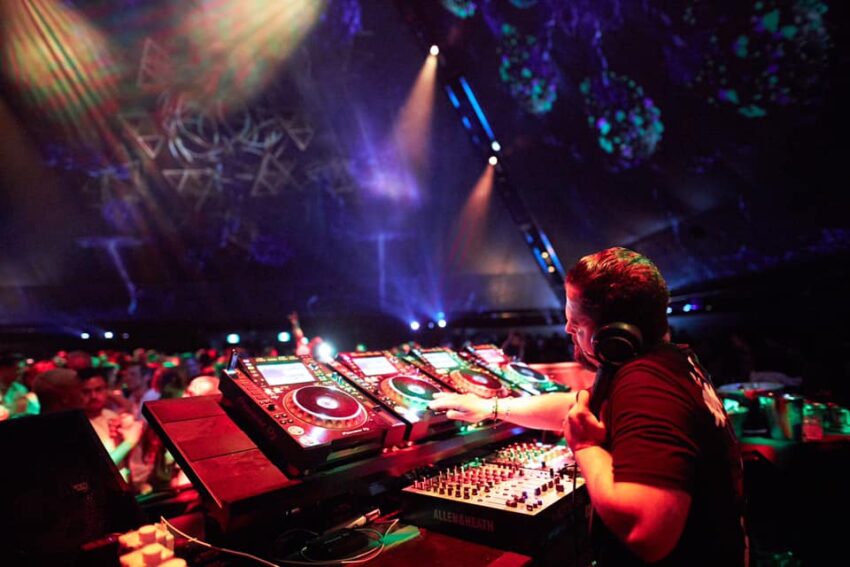 For ‘Thousand and Two Night’s you offer a unique take, expertly highlighting the composition’s distinct features. Can you elaborate on how you reworked Safar’s original?

My remix on Safar Track was completely natural ! We knew each other since a long time but we never collaborate on something. During the covid period I was locked in my studio producing music and I told him that I have some time to remix some work he sent me the stems I listened to his original track once and I started my idea ! Was crazy because in one night I was able to produce all the skeleton !

The second day was more about listening was i did the day before ! Adding some effects and working on the arrangement ! I felt the track straight this feeling helped me to produce something proper ! When I sent it to Safar he told me that he had goosebumps it’s means a lot ! For me I always look for beauty in music.

How did you initially get connected with Deep Roots Records and selected to remix this Deep Root Tribe premiere?

I was following deep root work on social media ! It was a professional work ! I liked the way they manage and promote the releases ! It’s a team work and I was well done.

What are 3 festivals around the world people should know about?

For me Tomorrowland, Coachella & Ultra Music are the best Are places where it’s about music.

What are 3 tracks you find at the forefront of electronic music?

It’s difficult to choose 3 because there is many great tracks and many great producers right now !

Can you share a memory or two that really stick out from your travels?

Travelling is the best thing to learn ! I have many great memories ! The craziest one was in 2013 I was going to play at Larisa in Greece for maybe 2000 peoples ! When I arrived to Thessaloniki the airline company told me that my luggage was still in Belgrade and I’ll receive it only the day after ! I was supposed to play in a Beach Club ! I called the guy who booked me to tell him to try to find me some clothes because my luggage will arrive only the day after ! He find me something a bit larger was funny to wear those clothes but the party was amazing !!!

Second one was in Africa when I was touring last year during my album Tour. When I was performing I saw many people singing my tracks completely it was an amazing feeling from a guy who was producing music in his studio 8000 km far from those countries ! It means a lot for an African boy. 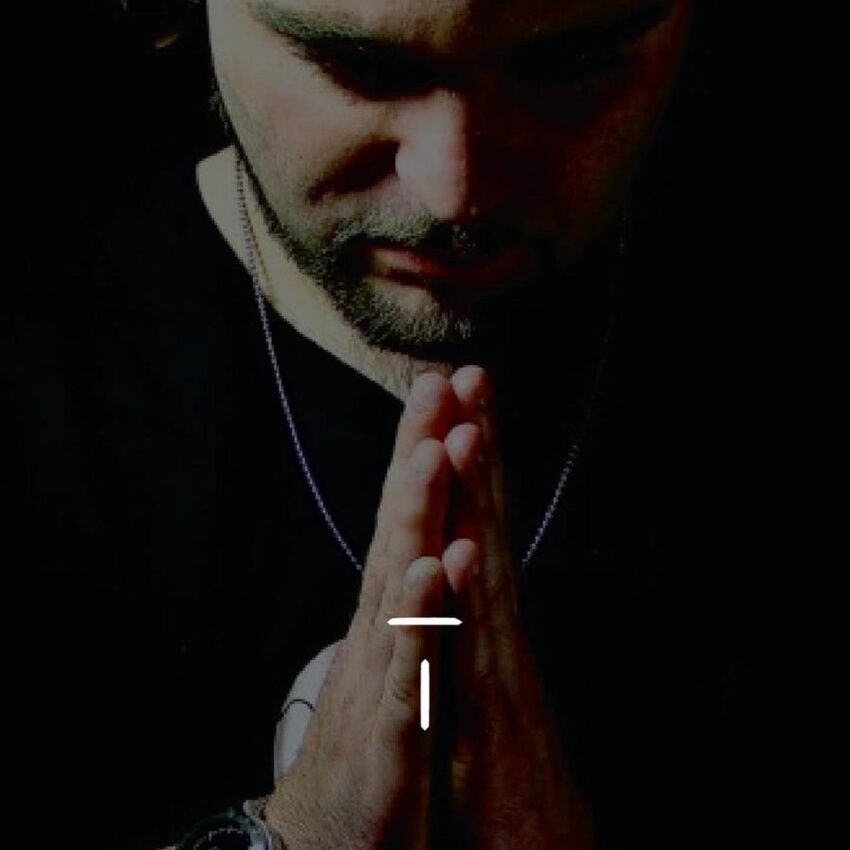 What is next for you?

Some releases coming soon Pythagoreans, Dame Remix I did for El Mukuka and my remix for Safar ! I have some gigs also pending on the evolution of Covid 19 ! We try to stay positive and healthy and probably everything will be great after ! 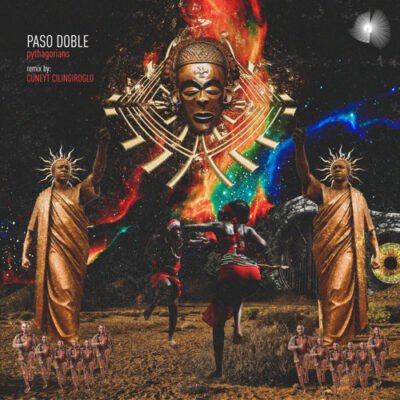 Founded in 2014 by Brown University and University Of Virginia entrepreneurs, Francis Mercier and Ajamu Kambon, Deep Root Records have hosted artists like Leftwing:Kody, OFFAIAH, Roger Sanchez, Kenny Dope, Ferreck Dawn and Franky Rizardo, among many more. Follow their story, upcoming releases and keep a eye out for their ambitious event plans. 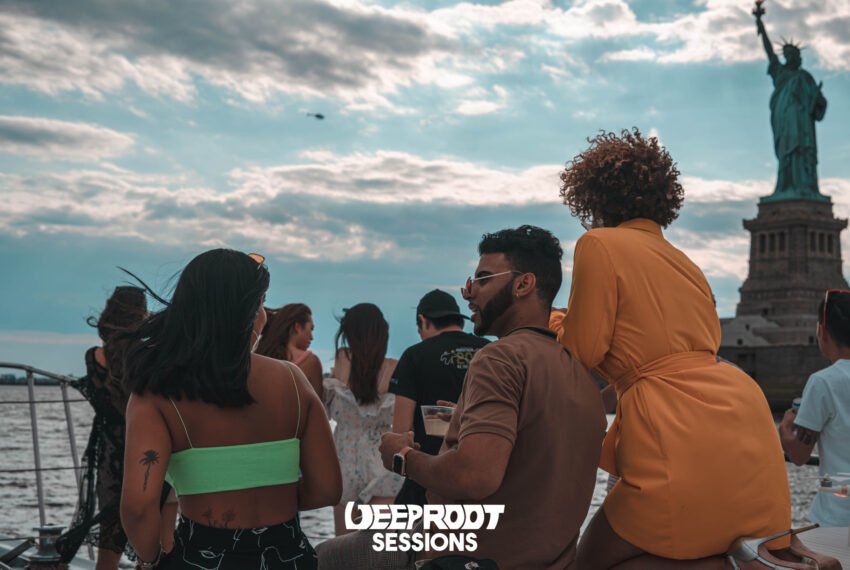 SOULFLVR is a product of Germany’s flourishing house music scene. While he’s been DJing since his teenage years…