Coming on its 7th blissful year in Manchester, the Parklife festival will again be the best way to start your summer in Europe. The lineup is full of a wide range of music, from electronic and pop to indie and hip hop. This year the festival will start on Saturday June 10th and culminate Sunday June, 11th at the historic Heaton Park. 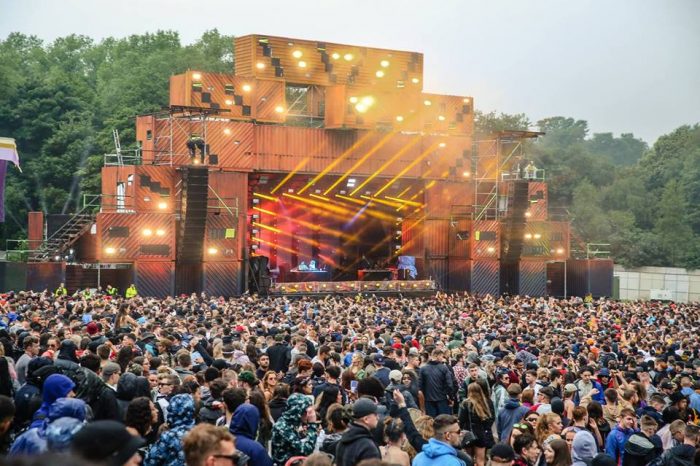 The electronic headliners at the Parklife festival that we are in awe of include Carl Cox, Above & Beyond, Anderson.Paak, Eric Prydz, Fatboy Slim, Pete Tong, and certainly Flying Lotus with his new 3-D visuals accompanying his set. 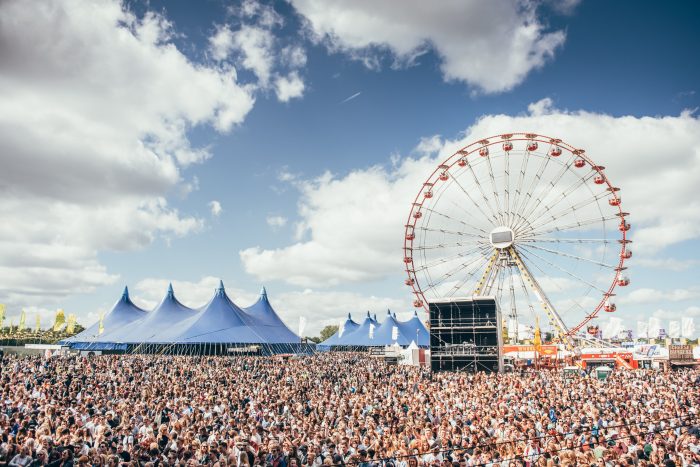 Other sets to look forward to will come from A Tribe Called Quest (who will be performing for the first time in the UK since 2013), deep house lord Moodymann, genre blending Jackmaster, house connoisseur Armand Van Helden, Spain’s favorite Nightmares On Wax, the dub master Damian Marley,  house DJ The Black Madonna, and Netherlands house DJ Oliver Heldens to just name a few.

Click on any of the artist’s names above to explore their soundscape.

Check out the full Parklife festival 2017 lineup below: 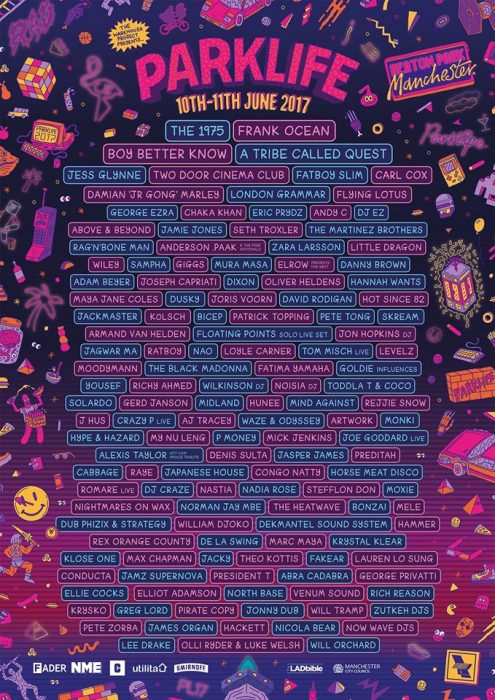 Along with these acts, the presence of the party brand, elrow, will be making sure the festival is well lit. If you are not familiar with elrow, then you should know that they have been entertaining people since the 1870’s. The party brand is best known for hosting stages at festivals all around the world including the BPM Music Festival, Les Plages Electroniques, and now they are returning to Parklife for their second year in a row. 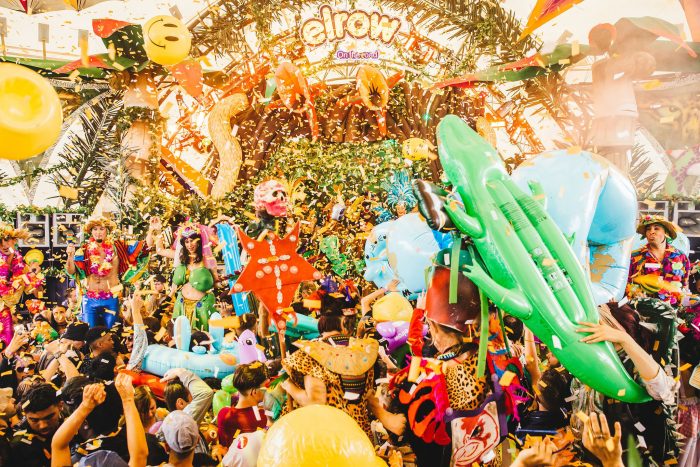 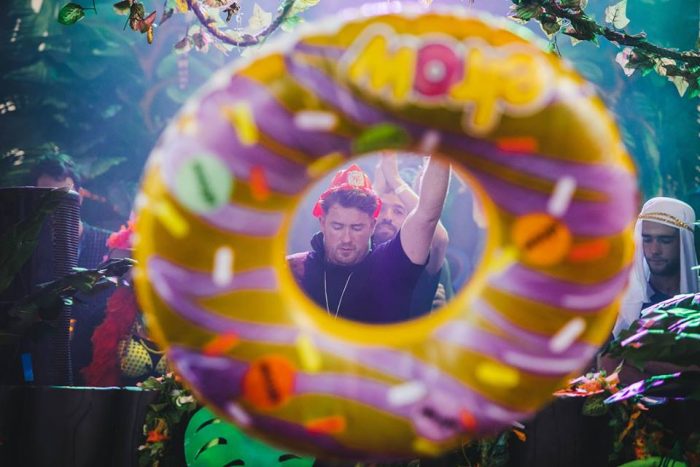 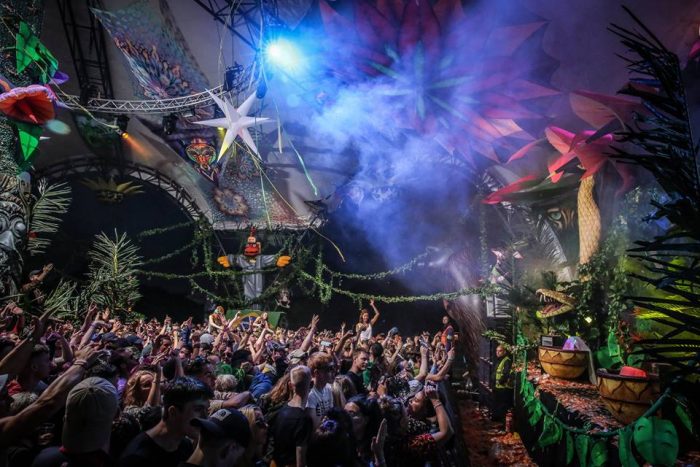 To get the best experience at the Parklife festival there are VIP packages that include additional amenities to the already lush festival grounds.

Along with the 8 stages, tasty treats, a Ferris Wheel and jaw-dropping art installations, the VIP section will bring New York to Manchester. VIP ticket holders will have access to their own secret venue, a hair and nail parlor, luxury restrooms, an old school arcade, a 1980’s film room, and award winning cocktails that all will be within a recreated downtown New York atmosphere.

Enjoy this photo tour of Parklife festival below: 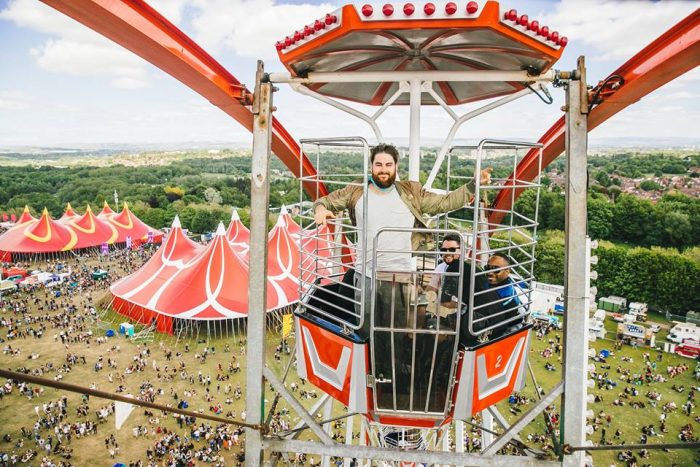 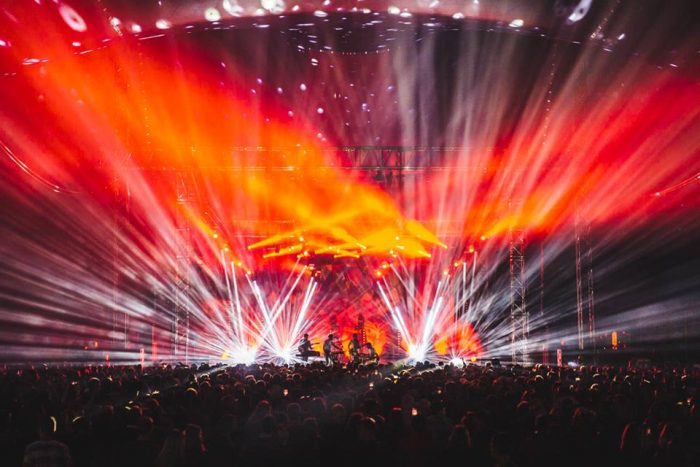 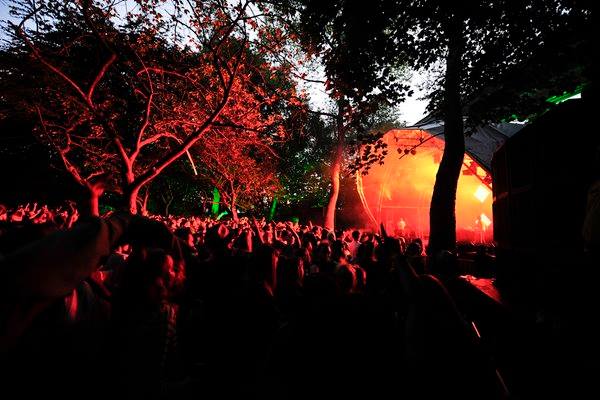 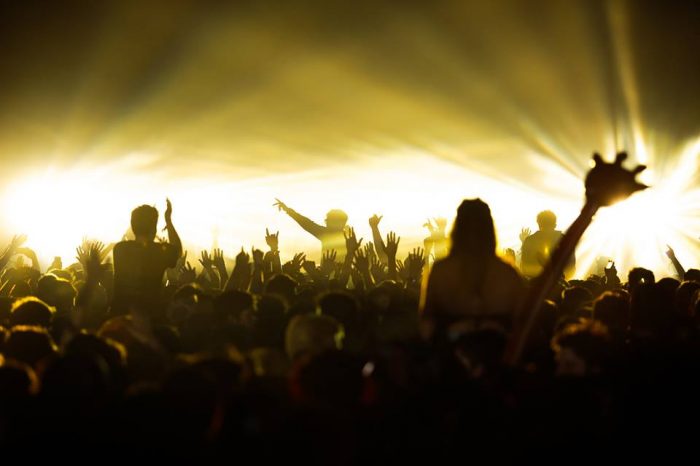 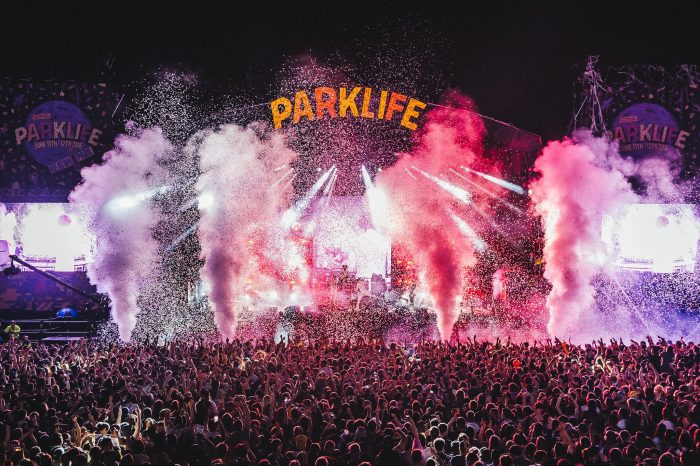 Pick up your ticket and learn more about the Parklife experience by clicking here.