NGHTMRE Turns the Bass Up on Remix of Flosstradamus’s “MVP” ft. Smokepurpp

Though he rose through the ranks alongside his fellow ICON colleagues, SLANDER, in 2017 he demonstrated his ability to shine on his own in strong solo releases, in addition to holding down a residency at Hakkasan Las Vegas, all while staying busy creating hot collaborations with artists like Wiz Khalifa, Ghastly, and Dillon Francis, amongst others. 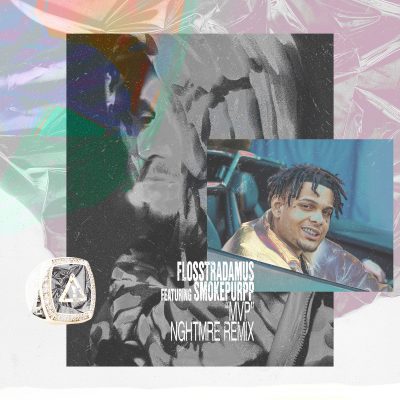 Listen to NGHTMRE’s Remix of “MVP” by Flosstradamus below:

Reflected in his work, NGHTMRE regularly puts his own spin on different genres, earlier this year fulfilling his remix duties with an interpretation of Ekali and ZHU’s “Blame”, and now his latest work taking on “MVP” by Flosstradamus. Released via Ultra Records, this past April, Flosstradamus had teamed up with Miami rapper Smokepurpp for their crossover track “MVP.” In NGHTMRE‘s version, he maintain’s the original track’s hip-hop vibe, but amps it up with his signature style, unleashing soul-shaking synths and reverberating bass throughout the track.

With a busy 2018 ahead of the young producer, you can catch one of NGHTMRE‘s earth-rattling, bone-shaking, spine-tingling sets at just about any of the massive festivals coming up, the likes of which include Electric Daisy Carnival in Japan and Las Vegas, Spring Awakening in Chicago, Ultra in Singapore, Salt Lake City’s Das Energi, Gud Vibrations at the legendary Red Rocks Amphitheatre, as well as both Lost Lands and Bass Canyon, specially curated by the bass-lord himself, Excision. Having amassed such a reputation as being quite the bass manipulator himself, NGHTMRE will be playing the back-to-back set with Excision as an extra special treat for Bass Canyon Music Festival attendees, finishing off the Summer proper at The Gorge.