Introducing an exotic style of Drum & Bass to the US is the New Zealand talent, SkOpus. Harnessing his sound from his time in London and Wellington underground clubs, SkOpus’ has found himself performing at major festivals such as Outlook and the world’s biggest DnB festival, Let it Roll. 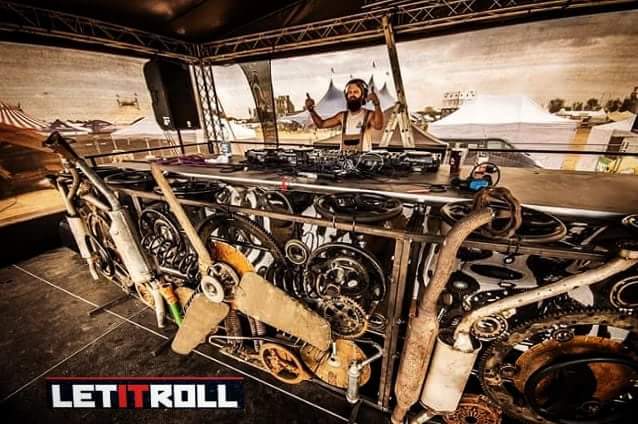 His latest 3-track EP ‘Catacombs’ lands on the notorious, FUCK ABOUT! DnB. The EP spans from neurofunk to jungle or as SkOpus puts it “Catacombs was a bit of a wild ride.” 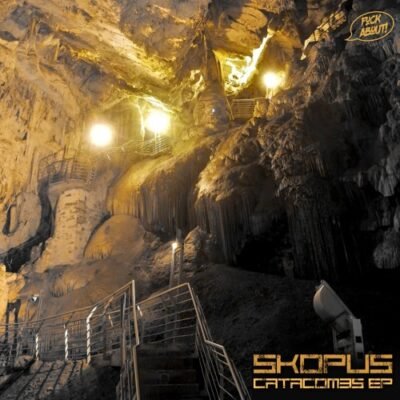 Continuing to share Basil explains, “The soundscape of ‘Catacombs’ really set the tone for the release as a whole, and inspired my photograph for the artwork – I took the shot in a 40 million year old cave in Paros, Greece.

As for “Midnight Oasis”, this was the real catalyst. One of those tunes that you just churn out in one sitting (cracking it as I call it!). From the first melody I knew I was set up for a deep roller of a tune. The name comes from my metaphor of my favourite place in the world; a smoke filled dancefloor shrouded in shadows.

I was lucky enough to witness one of my all-time favourite DnB producers Philth drop it at the legendary FABRIC nightclub in London!” Pick up your copy of ‘Midnight Oasis’ as a free download. 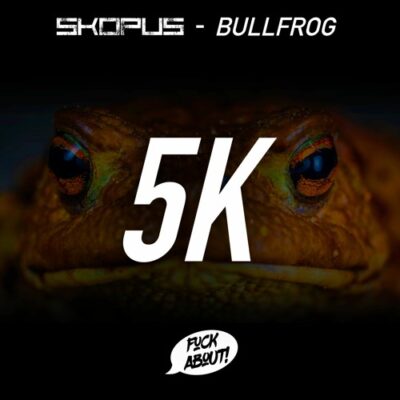 Snag ‘Bullfrog’ as a free download thanks to the record’s success of bringing FUCK ABOUT! over the 5k follower milestone.

This is neurofunk, or is a dark subgenre of drum and bass which emerged in London in the late 90’s as the next development following techstep. It is distinguished by consecutive stabs over the bassline; razor-sharp backbeats; scarce or nonexistent traditional melodies; a hyper focus on sub sound design; the use of modulated, distorted and filtered synthesizers and audio capture from samplers.

Eager to learn more about SkOpus’ project, the music scene in New Zealand and South African Bullfrogs, we reached out for an interview, where we discovered what’s truly good in the D&B world. Enjoy exploring his select tracks and expansive originals while reading his story. 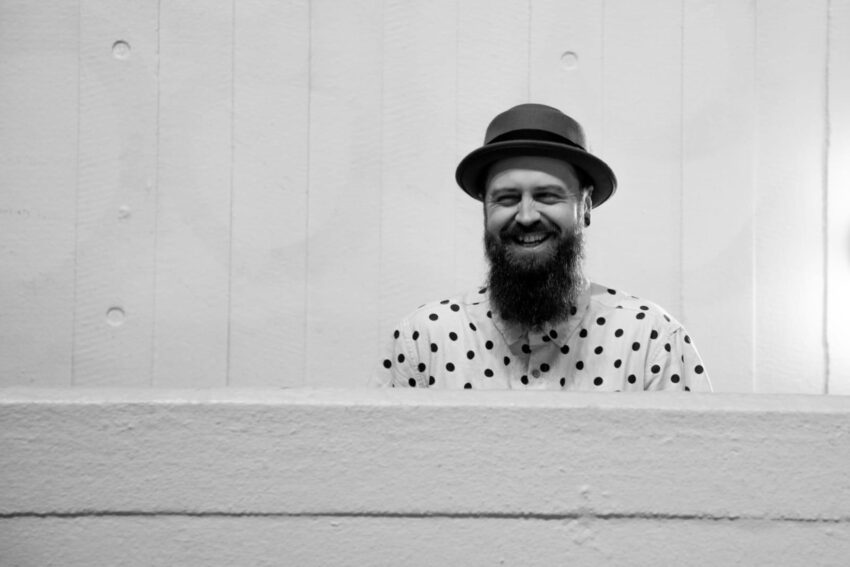 What is on the agenda for this week?

This week has been super chill (in 2 week managed isolation with my partner as part of returning home) smashing out tunes and doing admin. But tomorrow we are out among the real world! Road trip to settle back in my home town of Wellington 🙂

What is life like in New Zealand? How is the music scene? What are some festivals to attend?

I am biased, NZ life is the best! A lot slower than the rest of the world  – I just finished up 2 years in London so a big change coming home. Kiwis are easy going people who love to be outdoors. Our music scene has cemented itself in the world scene now, especially in Drum n Bass. The name in the game over here right now is Breaking Beats, a promotion/events company that is unparalleled in their event production.

Best festivals over here I would have to say Northern Bass, Rhythm & Alps, Taniwhas Den and Splore.

[In early 2012 Chris Keimig & Sam Hopper a.k.a Gimik & Method had a vision to create something special, something different from the rest, something that would turn their wildest dreams into reality – This is when there brainchild Breaking Beats Promotion was born… Hailing from Wanaka in the deep south of New Zealand where the population exceeded just a little over 4000, Chris and Sam’s love for bass culture was born after countless drum and bass party’s in and out of Wanaka and endless nights of mixing vinyl on substandard equipment in the back of an old caravan.] 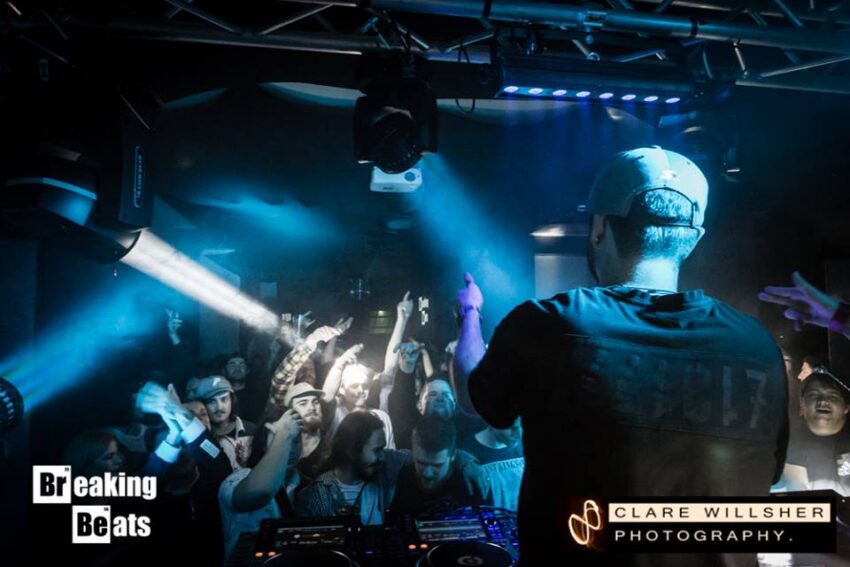 How is everything developing in New Zealand in regards to quarantine? Have people found creative ways to throw events there?

We have just about entered level 1 for the whole country, which covers border restrictions with 14 day isolation upon arrival, and face masks are recommended on public transport but not compulsory. Thankfully our small country has the benefit of being more manageable in this pandemic, so there was only a brief period of difficulties with events.

What is your track ‘Bullfrog’ about? Is there a Bullfrog in South Africa that is particularly aggressive?

Honestly, deciding a name for a tune is sometimes the hardest part! The tune was actually underway when the name was suggested to me by a friend after I played it at a party. She described my bass synths as sounding like a Bullfrog – and boom that was it! I was inspired to incorporate the theme of said Bullfrog to the song. Actual African Bullfrogs are quite cranky, big bastards and as Sir David “Attenbro” suggests they have a very powerful bite! 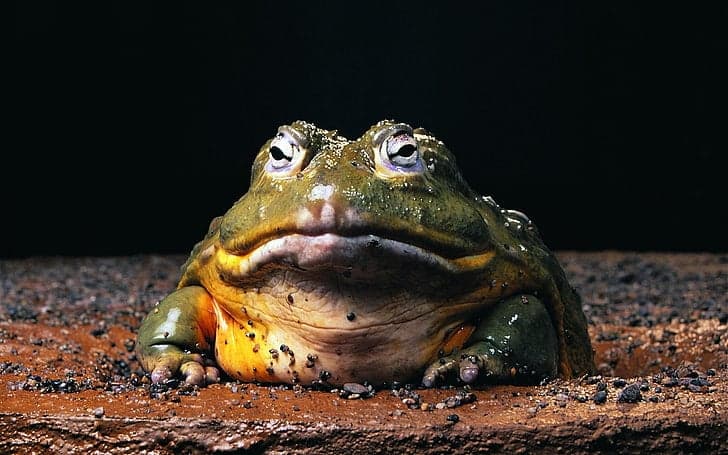 Is that an actual bullfrog sample that you use? Please tells us a little about the layers of your ‘Bullfrog’ beat?

The Bullfrog sound is all me 🙂 It comes from a multi layer bass patch that I made in Massive, whereby I hit record and went mad on the controls. After making heaps of different movements I cycled through the recording to find interesting/vibey parts to then bounce multiple times in order to process the sub, mids and tops separately. When it comes to layers I don’t have a set method or routine as it can change so much tune to tune. A combination of reprocessed and chopped loops, along with one-shots and drums made over time from my library.

When did you start producing music? What artists inspired you to create music?

I’ve been DJing since 2011 and always dabbled in production from that point, but only in the last 4-5 years did I start taking shit seriously. My early days were inspired by a lot of metal and punk (Metallica, Bullet for my valentine, Pantera, Killswitch Engage & Billy Talent). When things started leveling up I was and still am a huge fan of Noisia (NL), The Upbeats (NZ), Calyx & Teebee (UK) and Philth (UK) to name a very select few!

How would you describe your niche direction in the DnB soundscape?

I would say I have a unique style, in that I always try to create a story/theme with my music. Gritty basslines, snappy drums and quirky sounds all round. Moreover, I kinda go from thought to thought and never really settle on one idea. So in a word; Unpredictable! 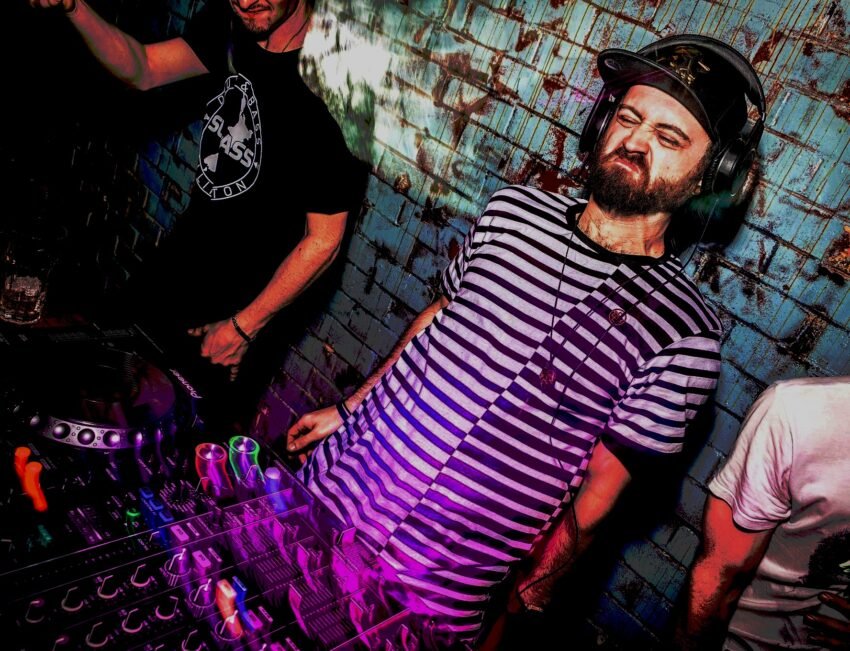 (these are more along lines of my 5 tunes right now)

How did you get connected with FUCK ABOUT! DnB?

I met my best mate and co-founder of FUCKABOUT, Will Brady, at a massive Summer DnB party in London. We hit it off instantly and sent it to the early hours at his flat after the gig. From there we shared music and my EP release came to fruition!

Who are a few local artists you are fond of?

It’s been so long since I was home so much will have changed! In Wellington, my home town and NZ capital; hotspots are Shed 6, San Francisco Bathhouse, Meow and Valhalla.

What is next for SkOpus?

I have a string of tunes in the pipeline (too long of a string haha!) But a good few will be sent off for UK label submissions + I am close to releasing my next free bootleg of Sublime – Doin Time (watch this space!)

Can my entire studio running on solar power be one thing?