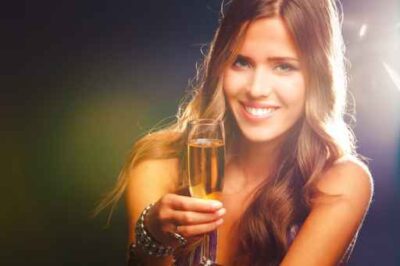 New Year’s Eve is without a doubt one of the biggest parties of the year. Where will you be spending your monumental night?

With so many different events going on in so many places, we have pulled together a list of the hottest New Year’s Eve EDM events.

From coast-to-coast and across the pond, we got you covered this Holiday season.

From the folks that brought you Imagine Festival, Iris Presents will be throwing down in a way only the Dirty South can.

Bring in the New Year with 12th Planet and a load of local supporting talent including MK Ultra, ATLiens, Eddie Gold, and Ployd. Atlanta is a hotbed of up-and-coming electronic music talent and this is the perfect place to catch them all at once.

Grab your tickets by clicking here.

As expected, Insomniac has pulled together a mind blowing lineup for New Year’s Eve with White Wonderland.

The 21+ event being held in Southern California is expected to be one of the most talked about events on the West Coast.

Armin Van Buuren, Laidback Luke, Showtek, W&W and more will be making their magic with sets of perfection in the Anaheim Convention Center on the 31st. Be sure to get those tickets soon Headliners!

This year Global Dance has made the lineup of the year with Decadence at the Colorado Convention Center.

This particular event leans more towards the festival side of things as a two day long extravaganza. Loaded with superstar names and big room bangers, this year’s lineup features Kaskade, Deorro, Big Gigantic, Flux Pavilion, and Madeon with even more names soon to be announced.

Visit the official Decadence website to grab your tickets today. 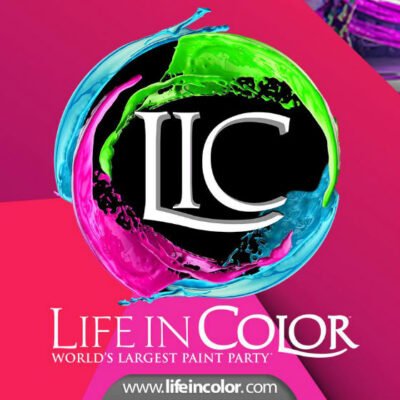 What better way to round out the year than dancing outdoors with the sun beaming down?

Life In Color is rounding out their massive 2014 tour with their first ever two-day festival at Sun Life Stadium in Miami. The epic event brings a stacked lineup that will see performances from Kaskade, Adventure Club, DVBBS, The Chainsmokers, Diplo, and Carnage just to name a few.

Scoop up your tickets today by clicking here.

Las Vegas is a global mecca of electronic dance music so there will be no shortage of talent on the strip the week leading up to New Years Eve.

Calvin Harris will be kicking things off on the 31st at Hakkasan, followed by Zedd at XS-Encore, Alesso at Light Nightclub, and Steve Angello at Life Nightclub to party through the night.

With all of the new material coming from Calvin Harris and his new album, Alesso’s new hits, and the always incredible showmanship of Zedd and Steve, Vegas will absolutely blow the doors off 2015 and bring it in with a bang.

For a complete list of events and tickets visit Electronic Vegas by clicking here. 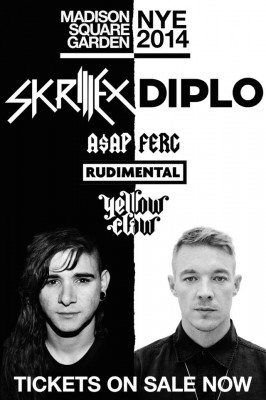 New York City will be packed to the gills with people, shows, and performers for this national celebration.

However, this is no excuse to miss one of the biggest shows of the year at Madison Square Garden with Skrillex and Diplo collaborating for an unforgettable Jack Ü set. Kicking off the festivities are A$AP Ferg, Rudimental and Yellow Claw.

Other massive shows that you may have heard about are Disclosure at Pier 94, Sebastian Ingrosso at Marquee, and Martin Garrix at Pier 94.

While a lot of big name DJs will be in town earlier in the week – Armin Van Buuren on December 29th at Pier 96 – what better way to bring in the new year than to jump around the city of lights as the ball drops with these titans of EDM?

The city that never sleeps will be wide awake and rocking with the electronic dance music family for New Year’s Eve.

Outside of the United States, there are a few notable events to venture off to for your unforgettable New Year’s Eve.

Tiësto, Steve Aoki, Andrew Rayel, and more will be throwing down in British Colombia for Solid NYE.

With such an eclectic bunch of sounds from these particular artists, it is sure to be a night full of all diversely awesome and groovy electronic dance music.

If you’re looking for an escape altogether, Dillon Francis will be in Australia for the Beyond the Valley Festival on Phillip Island. Don’t forget to pack your tent and sleeping bags for a weekend of camping down under!

What New Year’s Eve EDM events are you planning on attending?

Be sure to leave us a comment and let us know!