There was a time when people stayed close to home for their vacations. There were a number of resort towns in the UK like Blackpool and Brighton that were packed all summer long.

Then cheap vacation packages to sunnier shores became popular and those towns faded away. They are finally starting to make a comeback and music is helping lead the way.

Music tourism is bringing some formerly depressed cities and turning the economy around in many ways. Even cities like Detroit have seen revivals due to a burgeoning techno scene.

Let’s take a look at how music could be the answer for turning around areas that are economically hurting. 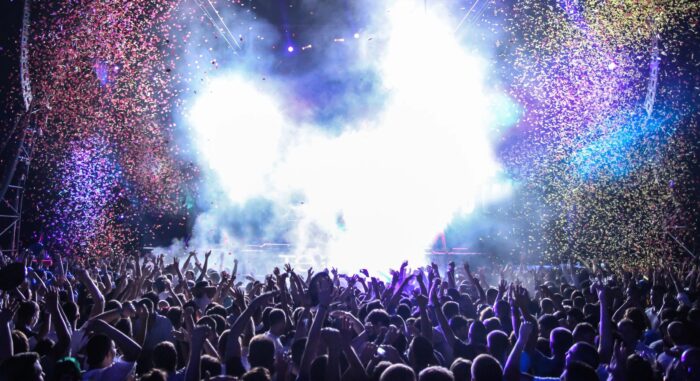 A music festival is something that has the potential to bring in people from all over the world and can contribute to the economy as a whole as opposed to just locally.

An example would be the Glastonbury festival that brings in £100m to the UK economy. And it only lasts for one weekend per year. The ripple effect of that festival and others is that it adds jobs through the cottage industry. Construction workers are needed to build out the arena and then also to update other buildings and infrastructure around the festival.

Restaurants, bars, hotels also get the benefits long after the festival is over, as well.

Even small festivals like the Open House Festival in Bangor NI help cities to regenerate their economy and put them back on the map.

Bangor used to be a local seaside resort that saw thousands of Irish and Scottish holidaymakers line the shore every summer. When those crowds disappeared there was little reason to visit. Since the festival started, it has seen a revival that brings in tourists and businesses year round. The University of Bangor has a lot of students that also will support local music venues long after the festival is over.

Long after the festivals are over, there remains interest in the city or region where it takes place. And this is where cultural entrepreneurs find a lot of opportunity. Club owners take advantage and open small venues that feature music all year that generates plenty of interest from locals and people further afield.

Usually, a food scene explodes in that area afterwards, too. Food trucks pop up around the area and even food festivals for when the music festival has already packed up and left.

A savvy entrepreneur knows that the time to strike is while the iron is hot. And when a music festival takes place, it puts the city on the map. They can often piggyback on that name recognition by starting other businesses that offer a cultural experience.

Slow tourism usually follows in the footsteps as well. After more cultural events and businesses pop up, people will be looking to visit an area that offers more than sightseeing. There is a movement now that promotes experiences over bucket list type travel and these small towns offer a rich experience when there is music and food on offer.

Today, we are honored to host the world-renowned techno force to be reckoned with, Fatima Hajji, for a live…