Asher Laub brings us on a musical journey through the many ups and downs he has encountered over the years.  Asher’s musical narrative evokes feelings of hope, reflective calm, beauty, turbulence, mourning, and joy, all of which have becoming driving forces in shaping the man he has become. 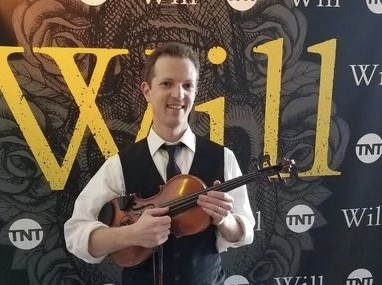 On The Road, as depicted in his music video, tells the story of a boy who grows up on a farm, becomes best friends with a girl and in his adolescence moves to the city to live the fast life. He quickly realizes a growing void, and a yearning desire to return home to the farm he missed so much in addition to his best friend, who he would commit to spending the rest of his life with. As they eloped and grew old together the boy, now a man, realizes how short and precious life is, and feels complete having chosen path of happiness over the fast-paced life-style.

John Mayer captures the feeling Asher has tried to convey, best through his lyrics “Stop this train. I want to get off and go home again. I can’t take the speed it’s moving in. I know I can’t. But honestly, won’t someone stop this train”

Choosing to live a truly meaningful life is ultimately tied to personal happiness and reaps way more rewards than otherwise meeting the endless expectations of society. “It’s a real challenge to prioritize our personal needs with so many competing thoughts, especially for myself”, Asher shares. But it’s a challenge worth conquering because it really all just happens so fast.  This life is all we’ve got so let’s make it count.

This is a song that Asher wrote from the depths of his heart reflecting upon how fast his life has progressed and how much he wants to hold on to every moment, and cherish every relationship, especially the many that he has, regretfully, taken for granted.

With a growing fan base, Asher is working to influence societal norms and conventional thinking about musical performance, helping to break down social and physical barriers. Asher is currently in the studio working on completing his forthcoming original album.

‘People Wanna’ is blowing up the airwaves across reputable tech house channels lately. The debut by Boiish packs that urgency…

There was a time when people stayed close to home for their vacations. There were a number of resort towns…