This past weekends’ Moonrise Festival in Baltimore, MD was without a doubt the PERFECT way to wrap up this summer’s amazing festival season. The two-day music festival was Saturday August 9th and Sunday August 10th from 11am to 11pm each day at Pimlico Race Course, home of the Preakness Stakes. These moon bouncers could not have asked for better weather all weekend, with an 85° average for the daytime and 70° clear skies at night, including a Supermoon that was the closest the moon has been to Earth in 20 years.

Moonrise hosted “a wide range of international, regional, and local EDM talent and live acts as well as visual artists, a vendor village, a Ferris wheel, and of course a massive audio and lighting production bigger and better than any we’ve done before.”  The vibes and positive energy was felt by all in attendance, from the crowds and the artists to the entire event staff, making this inaugural campaign one for the books.

A well-rounded lineup featured artists such as RJD2, Evol Intent, Tokimonsta, STS9, Audien, Rusko, Sander Van Doorn, Lotus, Excision and – of course – closing it out under the Supermoon on Sunday night, Bassnectar.

Moonrise Festival was a perfect blend of warping synths, heavy bass, live acts with full bands, hip hop, drum and bass and everything else; a little something for everyone’s preference. 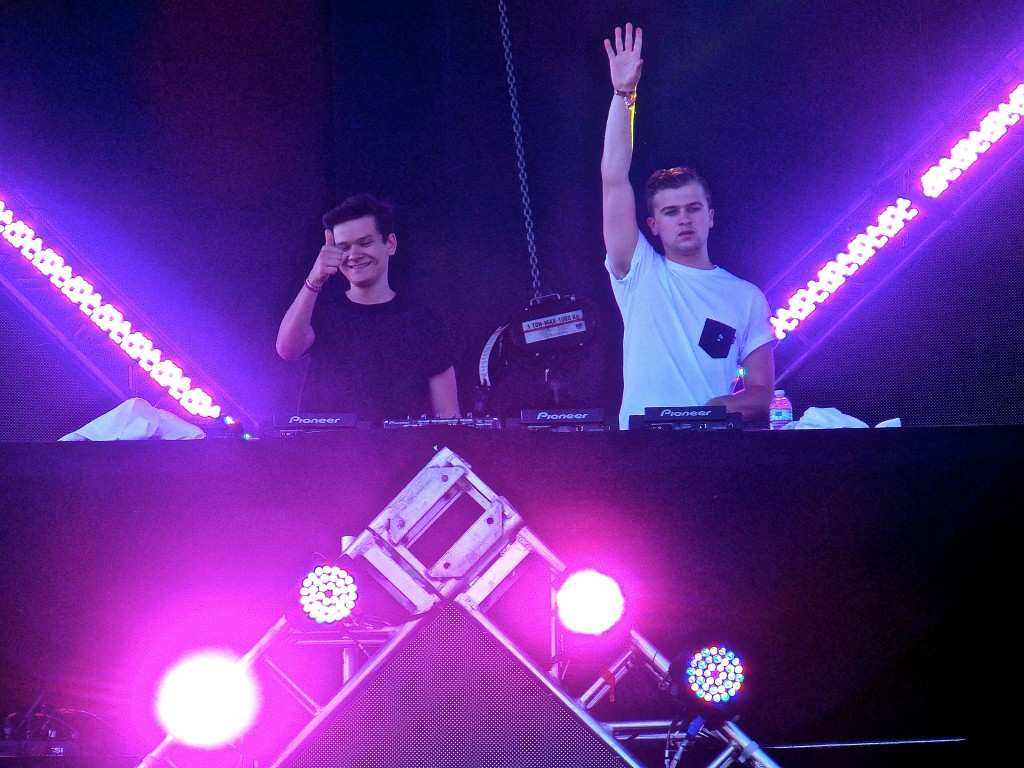 From the mosh pit at Brillz to Downlink’s GRIMEY, filthy set where he pulled a trap fake-out, there was never a dull moment. Anna Lunoe played two tracks that she recently released on Skrillex’s free release label “Nest” – “Bass Drum Dealer” and “Bad MF.” Corey King of Frederick described it as “Sexy, weird house music. Booty shaking shit.” Infected Mushroom’s live band got psychedelically weird, performing classics such as “Deeply Disturbed,” “Becoming Insane,” and lots of heavy metal influenced songs such as the cover of The Foo Fighters’ “The “Pretender.”

There were four different areas of music: The Stellar Stage, The Lunar Stage, The Solar Dance Tent, and the Celestial Garden Stage. The way the stages were set up was flawless for sound and no sets were overlapping each other. There was more than enough room for dancing, with plenty of clean, grassy areas to sit down in between sets and relax. This was crucial to providing patrons an opportunity to hydrate, rest, and cool off.  Throughout the grounds of this beautiful location, aerialists, dancers, and hoopers were at their best, creating a resoundingly amazing atmosphere.

Steez Promo, Glow Washington, and their entire team pulled out all the stops to provide festival-goers with an unforgettable experience. 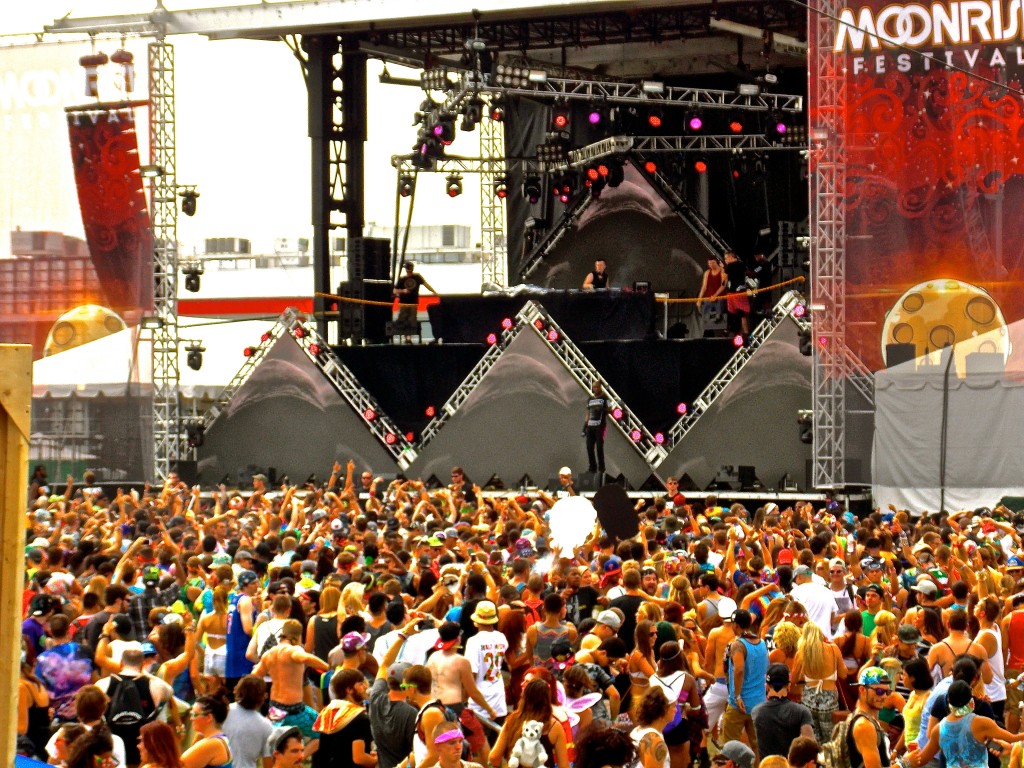 Event organizers did an incredible job making sure the safety and absolute enjoyment of all of their attendees was their main priority, with no major incidents occurring the entire weekend. There were water refill stations (all guests were permitted to bring in unopened bottles to fill once inside), a misting tent, free earplugs, and an entire staff named “The Star Team” in neon yellow shirts that would give free water.  These Moonrise Volunteers were seen everywhere with cases of free water, bags of ice, and catering to any needs of the crowds. For a first year event to execute so flawlessly in its’ first year is very rare. Moonrise has succeeded in establishing itself as one of the premiere electronic dance music events on the East Coast.

For the closing set of Bassnectar on the Lunar Stage, the crowd of thousands were dancing their hearts out underneath the mesmerizing Supermoon, a phenomenon that happens when the moon is closest to Earth – making the aptly named festival a fitting end to an epic weekend.

‘The crowd at Bassnectar was bananas! During one drop, Lorin lobbed up a bass-ball and swung at it. Knocked it out of the park!” – Brian Smetona of Baltimore, MD.

Here is a small clip from Bassnectar’s set Sunday night by David Ayala of New Jersey, where you can see the crowd coming together as one, and even carrying notorious East-Coaster crowd surfer ‘Wheels’ to the front:

Being from Baltimore, lucky enough to have MOONRISE FESTIVAL in my backyard, I am honored to have been a part of such a memorable festival and cannot wait to see what they have in store for us next! See everyone next year!