Desert Hearts’ submits its latest single straight from the mind of Mikey Lion, who conceived the production and lyrics for “This is the Beat” and promptly got them stuck in his head. Bringing these tangible ideas to the studio, the DH-founder channeled his newfound focus of healing and positive intention through music.

Quote from Mikey Lion: “As I get further into my DJ career, my goals have changed from wanting to be the biggest DJ in the world to being the most effective healer with my music and energy. This track was made with healing people in mind and if it helps one person out there, then it’s a success.” 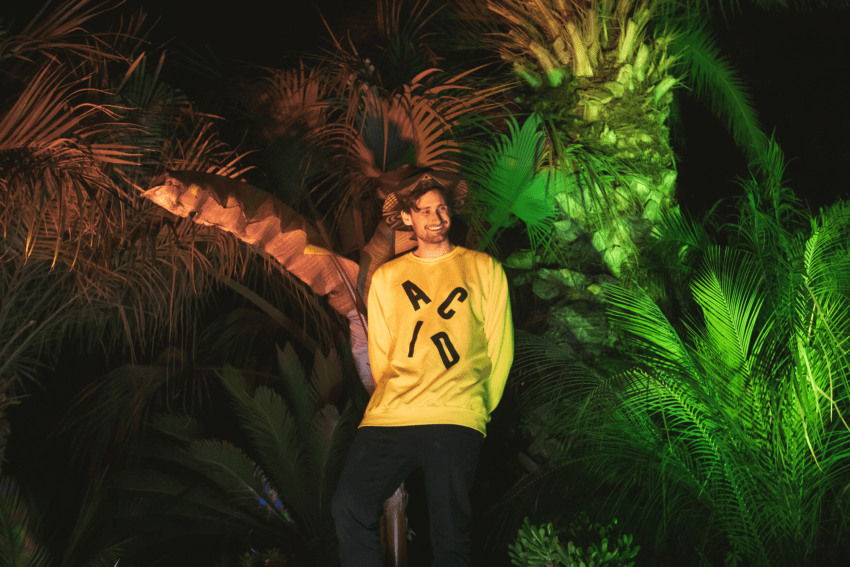 The lyrics to ‘This Is The Beat’ say, “This is the beat that gives you life,” meaning the track was crafted with the exact intention to give people just that. Whether it’s healing energy, positive vibes, or simply love, Mikey Lion and his Desert Hearts crew have crafted their own lane of inclusive and cathartic dance music. Following in its commitment to a joyous and unbound aesthetic, Desert Hearts continues to showcase artists with unabridged curiosity.

In June 2021, Mikey Lion dropped a glistening 9-track LP, For the Love; the 100th release on Desert Hearts. Speaking to Forbes, Lion said of the LP: I named the album For The Love to pay homage to this mission that has given me everything in life today…The main goal in my life right now is to figure out how I can become the most effective healer with my music and the energy I’m putting out into the world.” The album was likewise supported by outlets such as SF Weekly, DJ MAG, and Sirius XM, with Billboard describing the LP as one that “fully embraces the Desert Hearts commitment to house and techno, with the album shifting between squelchy heaters to shimmering piano-laden progressive house to the lushly experimental.” For The Love is ultimately a culmination of the triumphs and tribulations Mikey Lion has faced through the years since he first set out to bring the mantra of House, Techno, Love to a global scale.

Mikey and the Desert Hearts crew have been back at it since US clubland reopened. They return to IRL following a huge string of community building on Twitch where they garnered more than 129k followers on their channel throughout the pandemic, continuing to find ways to build community when the scene needed it most.