Have you and your friends ever had an idea during a music festival with the intentions of transending the electronic music culture beyond the grounds?  Los Angeles’ Matt Egbert actually followed through, going on to found, Front Left Production alongside his dear friends David and Griffen Lee.  The party brand recently hosted a proper house music night with OMNOM, Wyatt Marshall and RYBO at Sound Nightclub in LA and have been a major player at Spin in San Diego.

Ahead of Matt Egbert’s new EP with Wyatt Marshall and following his debut Desert Hearts release and minimal house remix on Music is 4 Lovers, among other exciting developments, we tapped Matt for an exclusive interview where he gives us a tour of the expansive web he is spinning. 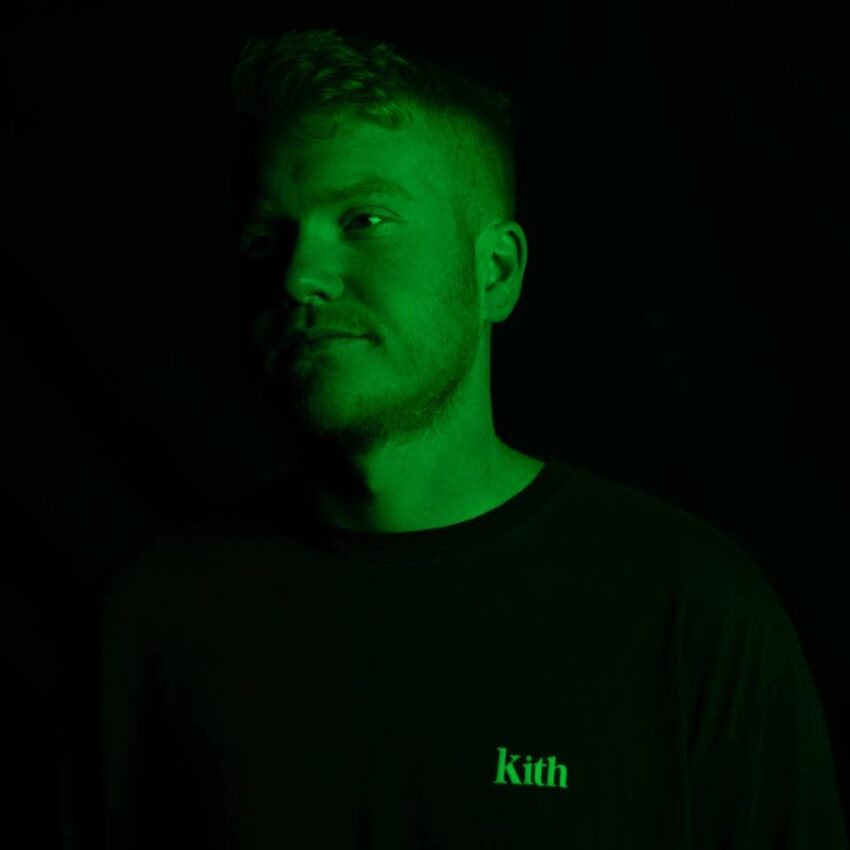 You are just coming off the stage at Desert Hearts and playing alongside OMNOM and Wyatt Marshall and RYBO at Sound Nightclub. Can you tell me a little about those experiences?  Is there any takeaways from this past month?

Playing at Desert Hearts was a dream come true. I’ve been a big fan of them for years now and being invited to play the festival had been a goal of mine for a long time. Over the last couple years I’ve gotten to know the DH crew pretty well and I’m honored to call them friends. What was special about playing at DH was that I was playing a b3b with my two best friends Sly Turner & Shuski. We have been coming up in the scene together for a while now and it was awesome to share that moment with them. Felt really great to cross that goal off of my list!

Playing alongside OMNOM, Wyatt, and RYBO was sick too because those are guys I’ve looked up to for a while as well. So sharing the stage with them was super cool. Wyatt & I have an EP coming out this summer on Do Not Sleep so keep an eye out for that too!

Beyond performing, what was your favorite moment during Desert Hearts Festival this year?

I’d have to say just being there with all of my friends and friends who I hadn’t seen in a while. Reuniting at the festival was so epic and it felt great getting to party with everyone. Besides that, Andreas Henneberg & Lubelski were my favorite sets. They absolutely crushed it. Lubelski played my Parcels remix too and it went off so that was a cool moment. Seeing my tracks played out in front of that crowd and their reactions felt good and gave me some solid inspiration to bring back to the studio with me.

The event at Sound was presented by your party brand Front Left Productions.  Can you share the origins and general overview of Front Left?  Are there any events coming up?

Funny enough the idea for Front Left was born at the DH festival in 2018. My buddy David and I were standing by the front left speaker and realized we always ended up at that spot whenever we were at a club or rave. We had been talking about throwing parties and we came up with the name Front Left then and there and threw our first party the following month.

Front Left started out doing small shows with local talent but in the years since we’ve grown and have thrown parties in San Diego, Los Angeles, Miami, and NYC with acts such as Sidney Charles, John Summit, Psychemagik, Eskuche, Ben Sterling, wAFF, Guti & many more.

Our philosophy for Front Left is all about throwing the most authentic experience possible with the best music and production. No gimmicks or BS, just good music and even better vibes. In 2021 I brought on my friend Griffen Lee to Front Left who has helped take us to the next level. Can’t speak about what we have planned right now just yet but rest assured we have some really cool things in the works.

Nice, I can relate.  Shout out, Row 50 C crew at Red Rocks!  When and where did you start DJing?  What were some pivotal moments along your career so far that led to spots at Desert Hearts Festival and other bigger appearances?

I started DJing with my friends when I was 16 years old just for fun at parties and what not. When I was 18 I attended EDC and saw Dusky and it literally changed my life. At that point I had always been playing in bands as a guitarist and had liked electronic music a bit but not seriously.

But that Dusky set completely changed my perspective and made me absolutely fall in love with house music.

I went home from that weekend and downloaded Ableton and started producing house music. A year later I won the Insomniac Discovery Project and got to open up their Countdown NYE event for my first big gig which was a big boost of confidence. When I was 24 (27 now) is when I decided to pursue this as a full time career producing and DJing. After reinventing my sound and taking time to hone my craft I got my first release on a legit label with Percomaniacs in 2020. Since then I’ve released on labels such as Desert Hearts, Rendr, Buriloop, Street Tracks, Psicodelica, Andhera, and more with more on the way that I can’t say who just yet!

I have been on a minimal house / deep tech phase for awhile now and am really appreciating your releases on Buriloop Records in that vein.  Can you tell me a little about ‘Terms of Service’ and ‘Discovery’?

I made both of those in the middle of the pandemic and I still play those out today, I really love those tracks. The pandemic was obviously super shitty but the silver lining was I had ample time to really hit the studio hard and hone my craft. I had posted a snippet of ´Swing 63´ on my Instagram which is the title track of the EP and Morpei, the label head, had DM’ed me asking if he could sign it. I was super down as he’s a good friend and I was honored to be asked to have the 2nd EP on the label.

You have quite a few releases with Buriloop.  Who are they?

Yeah they’re real dope. They started as a party brand and have thrown some sick ones in Bolivia and LA. Morpei runs the label who is a fantastic DJ & producer as well. I have the one EP on there and did a remix for Sly Turners EP too. They throw parties at Sound too.

Your music has landed on some top-tier labels such as Desert Hearts, Slightly Sizzled, Music is 4 Lovers and Rendr, with premieres on Techno Bible and Dancefloor Romancer.  Well done!  How do you know when your tracks are finished and ready to share with these tastemakers?

It varies honestly. Sometimes I’ll wrap up a track in 24-48 hours and know it’s ready and sometimes it takes me weeks to finish one. I can’t really explain it but it’s just a feeling I get. Once I think the track is finished I’ll give it a test at my next gig and see how it works in a club. If it gets a good crowd reaction then I know it’s good to go.

Sometimes though I’ll listen to one of my tracks months later after its released and hear something I’ll want to change. It’s a balance of knowing when to call it finished cause if I try to be too perfect then I’ll end up never finishing it.

Do you have any upcoming releases you can share with us today?

I’ve got a 4 track EP with Wyatt Marshall coming out in august on Do Not Sleep which I’m super stoked about.

How do you like to keep innovating and learning in the studio?

I like to watch lots of tutorials and strive to always be learning new techniques and tricks. I pick up a lot of techniques from my peers as well. Collaborating in the studio with my friends is very valuable to me as I love to see other producers processes and share knowledge.

Who are some deep tech and minimal artists you have been listening to or playing out lately?

Super hard question to just give 5 but probably right now:

Do you have any recurring dreams?

I do have this one recurring dream where I’m on the top of a mountain and my snowboard disappears and I have to manage to make it down somehow. Not quite sure what this one means!

What is one motto or philosophy you like to live by?

Always look forward, don’t dwell on the past or on things you can’t control! Just do you and be genuine and good things will come.