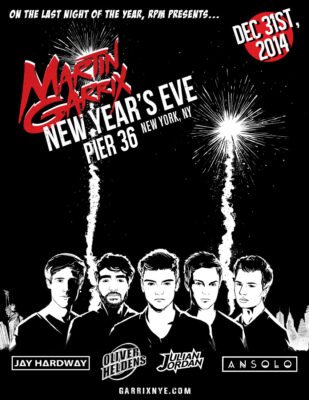 New Year’s Eve, electronic dance music, and The City of Lights: what could possibly be better?

With so many New Year’s Eve EDM events catering to major cities around the world, choosing where to go could have easily been decided by a literal coin flip. Our decision found us at Pier 36 to celebrate with RPM Presents, Ansel Elgort (Ansolo), Julian Jordan, Jay Hardway, Oliver Heldens, and Martin Garrix.

Situated along the East River on the Southeastern edge of Manhattan, Pier 36 was the ideal venue for an electronic dance music event of this magnitude.

The large warehouse was breathable and offered extensive space, meaning that overcrowding was not an issue. The most pleasant surprise of the evening was the friendliness of the staff.

Despite having to work on New Year’s Eve, employees welcomed our crew and assisted on multiple occasions. Not once were our inquiries dismissed or ignored. This included checking our coats, which was surprisingly swift and simple.

As anyone who has attended a large scale event in the past can attest to, the sound system has the capability of decimating an event experience. This was not the case at Pier 36. The massive setting was acoustically optimized for on-point sounds throughout the evening.

Having previously hosted performances from Armin Van Buuren and Deadmau5, it came as no surprise that Pier 36 was well prepared for the enthusiastic patrons ready to celebrate with Martin Garrix and company.

Once the opening acts stepped on stage there were no doubts that the year was going to wrap up with a bang.

As Julian Jordan and Jay Hardway shared the duties of igniting the crowd throughout the last moments of 2014, the evening was sizing up to be an event that could rival the surprise collaboration of Skrillex and Kaskade at Pier 94 the previous night.

Oliver Heldens continued this trend, hitting us with an incredibly sexy Deep House-centric set that elevated heart rates while sending the good vibes soaring toward the rafters. 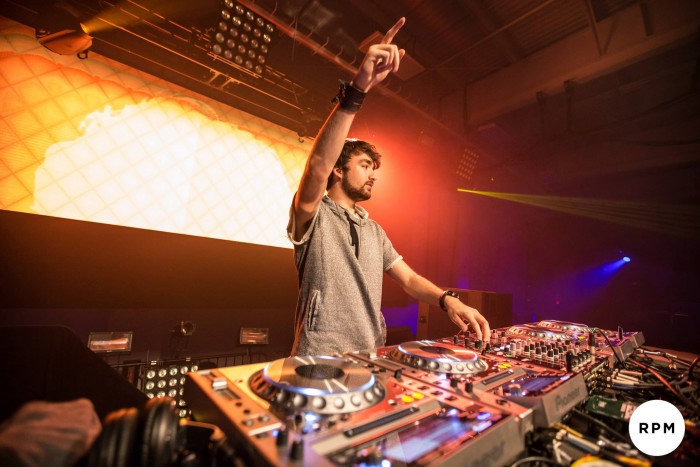 Oliver Heldens set the stage for an epic performance by Martin Garrix.

An digital countdown illuminated the enormous LED boards at 11:55 PM for everyone to share in counting down the last few moments of year. As the last ten seconds of the year ticked by and people drew closer to one another, the room got noticeably warmer.

The clock struck midnight and with it came an explosion of sound, streamers, and positive energy. Friends embraced and lovers kissed while balloons spilled from above. This was the only cue Martin Garrix needed to open up his high energy set filled with Big Room bangers and a hint of Deep House. 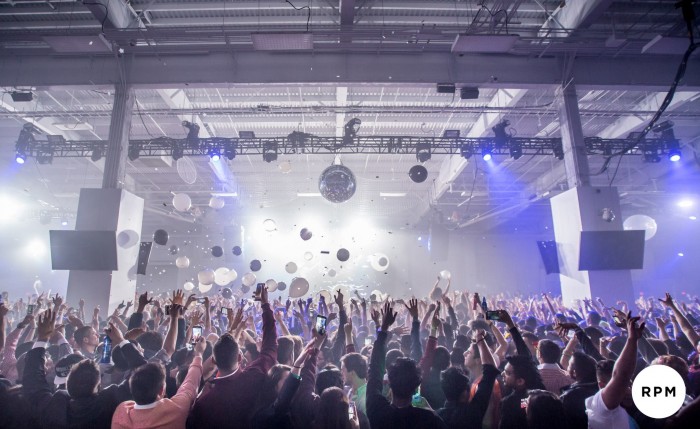 The clock struck midnight and with it came an explosion of sound, streamers, and positive energy.

From vintage Swedish House Mafia to his breakout track “Animals,” as well as his latest chart toppers “Tremor” and “Gold Skies,” the 18-year old phenom reimbursed the cost of admission with a memorable experience.

The unbelievable graphics perfectly complemented the auditory narrations up until Garrix reluctantly obliged to wrap up at 2:30 AM. Once the set began, an onslaught of energy-filled music ensued. There was no stopping. There was no slowing down.

There were just waves of reverberating bass that dropped so hard you could watch your chest vibrate.

The New Year’s Eve EDM celebration reiterated why Garrix has rapidly ascended the mountain of stardom and maintained his place toward the top. 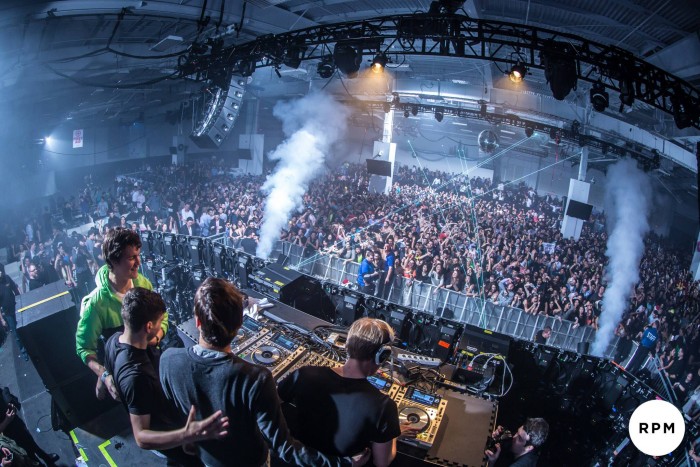 Before Garrix brought his set to a close, an unexpected collaboration blasted one last surge of feels into the crowd. Julian Jordan, Jay Hardway, and Ansolo all returned to the booth, completing the remainder of the set together. With everyone fully immersed in the moment, those attending danced as hard as they did the entire night.

Transitioning into Ansolo for the last set of the night, the crowd remained as responsive as they were when the ball dropped. Ansolo shared his forthcoming unreleased tracks, intriguing many with his emerging sound. Had no one known he was listed as a “special guest,” they never would have believed you if you tried to tell them.

This was especially appreciated towards the end of the night as he orchestrated one of the most beautiful moments of the evening. Ansolo gave a shout-out to a Rave Princess in the crowd holding a sign that read “EDM Saved My Life.”

Lowering the audio, Ansolo acknowledged the sentiment behind the phrase that so many electronic dance music lovers hold close to their hearts.

I want each and every one of you to take a moment and put your phones away. No pictures for a second. Put them away, and take a moment to look at the person you came here with. Hug them.

People that had yet to become acquainted embraced as if they had known each other for a lifetime, illustrating the magical power of the music. By this time Martin had returned to the booth, showing his appreciation of the message and embracing Ansolo.

It truly was a beautiful way to ring in the New Year and show the world what the electronic dance music community is all about.

As the night came to an end Martin Garrix proclaimed his appreciation for everyone who came to share this awesome evening:

New York, thank you for making this the greatest New Year’s Eve of my life!

Your organization, performances, and passion collectively contributed to a night that we will not soon forget. 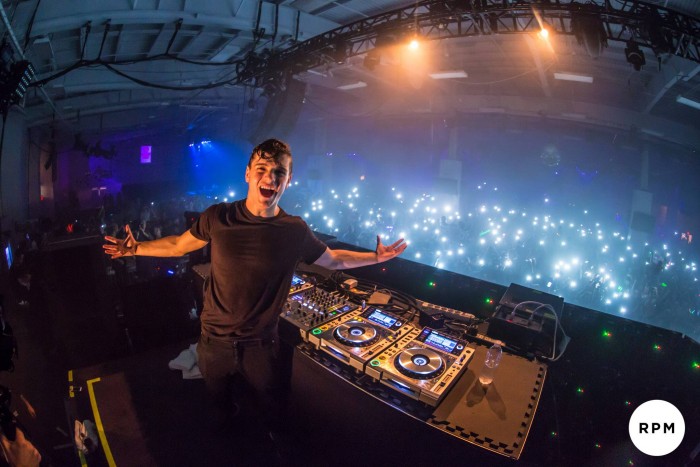 Get a taste of the Martin Garrix New Year’s Eve celebration below.

How was your New Year’s Eve? We would love to hear about it in the comments!

English Major at The University of Alabama, always on the look out for something to write about. Lover of all things EDM. Roll Tide!