Kasbo Awakens the Imagination with New Album, The Making of a Paracosm

Swedish electronic producer Kasbo unveils his highly anticipated sophomore album, The Making of a Paracosm on Foreign Family Collective and Counter Records. The album is a seamless collection of sonics that sees Kasbo reach anthemic levels while offering an intimate look into the mind of the artist. 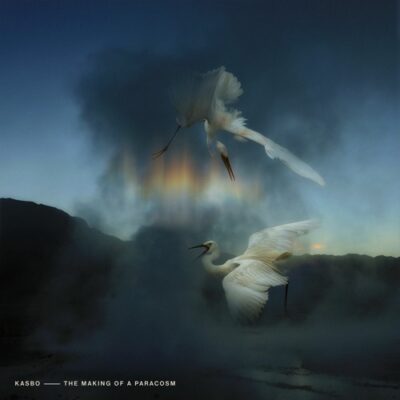 The Making of a Paracosm aims to validate our search for serenity and escape. In its entirety, it encompasses a world of fiction, harkening the comfort and nostalgia of a fairytale experience that allows the mind to reawaken the imagination.

On the album, Kasbo notes — “The Making of a Paracosm is a very important piece to me. It unfathomed so many different aspects of my life. I made this album during one of the best years of my life, but the following year under which I made it was one of the worst. I feel like this makes it capture such a wide array of emotions, from euphoria to sadness. From joy to anger. This is the most full and direct creative representation of me and I’m so happy to finally be able to put it out into the world.”

The Making of a Paracosm trailer

Kasbo’s second studio length album, The Making of a Paracosm, offers listeners an honest extension of his personal identity. Seeped in themes of Scandinavain folklore and nostalgic imagery from his childhood, Kasbo creates a body of work in which shelter seekers find a place to be safe and present. The album not only arrives in the midst of global uncertainty, but also follows a tumultuous 2019 for Kasbo as he dealt with the stress and fear of an undiagnosed and intermittent hearing loss condition. The key message of the album stands even more prudent, as Kasbo brings the listener with him to be the designer of their very own detailed paracosm.

Featuring collaborations from a host of Swedish creatives like Freja The Dragon, Nea, and NOOMI, The Making of a Paracosm reminds Kasbo of home, of worlds built by Astrid Lindgren (Pippi Longstocking) and where life isn’t bound by the stresses of reality. We’re reminded of Kasbo’s innate ability to transport listeners through his imaginative and welcoming productions, and handed the tools to create our own fantasies.

We were first exposed to The Making of a Paracosm through the single “Play Pretend ft. Ourchives,” a playful track that offers a captivating first look into the rest of the album. It set the scene for the journey as it directed the listener to let go of their current real-world responsibilities and indulge their emotions into exploring the make-believe. As we travel deeper into the album, we meet “Lune ft. Vancouver Sleep Clinic,” “Skogsra,” “Staying in Love ft. Nea,” and “Show You.” Each of these singles stands as a testament to Kasbo’s artistic depth, showcasing a high level collision of sonic and visual words. The result is a synergistic record with universal relatability, in which the listener can find a truly profound sense of escape and nostalgia for more hopeful times.

The track “Shut the World Out ft. Frida Sundermo” encompasses the theme of the album. After working together on fan favorite “Over You” from Place’s We Don’t Know, Frida’s celestial voice is once again juxtaposed with synthesized dance riffs that give the track a full-bodied quality. The track epitomizes the feeling of sharing a calm moment with someone special, being able to quieten your mind as you enter an alternate reality away from the external chaos.