Justin Bieber Performs With The Chainsmokers in Los Angeles 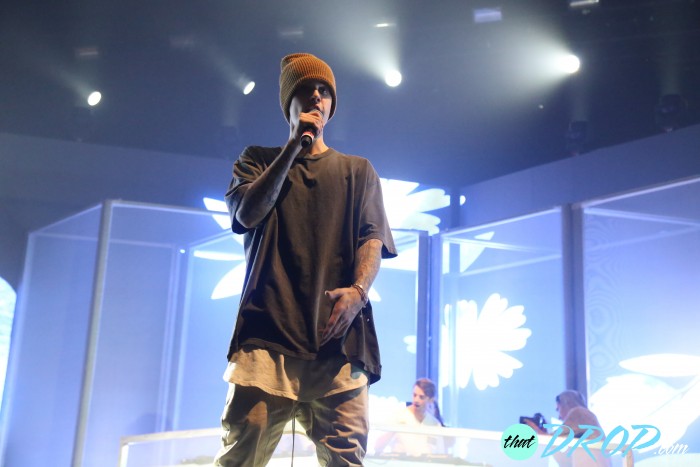 Justin Bieber performing with The Chainsmokers in Los Angeles.

Pop star and EDM crossover artist Justin Bieber had some surprises for Los Angeles during The Chainsmokers’ performance at their sold-out show at the city’s Shrine Expo Hall.

Joining The Chainsmokers on stage at the show, the platinum-selling artist dropped in to perform hits “Where Are Ü Now” and “Sorry” to the star-struck crowd.

As EDM continues to dig deeper into the mainstream conscience, sweeping more and more artists under its umbrella with each and every passing second – who knows where the next big moment for the pop-EDM mixture will take place?

Chainsmokers collaborator Rozes also made an appearance during the performance, and the Los Angeles scene saw yet another record book level performance go down on the West Coast. 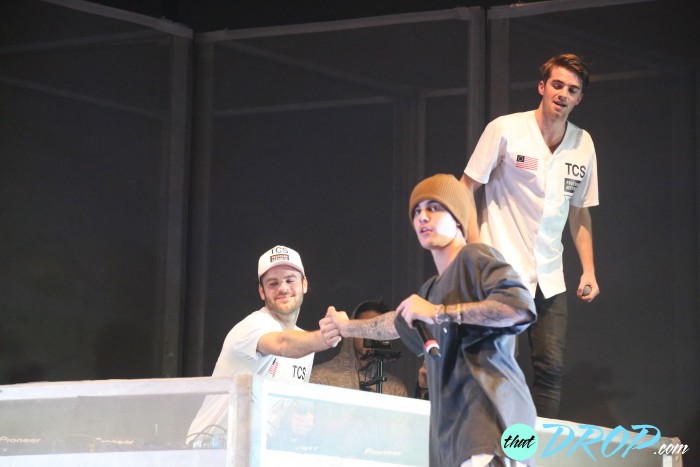 Justin Bieber and The Chainsmokers at the Shrine Expo Hall.

Stay tuned for more updates from The Chainsmokers’ Friendzone Tour as they head up the West Coast through Oregon and Washington before finally culminating in Las Vegas for the tour-ender.

Download the app and follow the preshow rituals of The Chainsmokers, see what it’s like backstage, win VIP tickets and a chance to meet Alex and Drew, and immerse yourself in a 360 degree live music experience.

Thank you to the Chainsmokers, u guys put on a hell of a show and honoured to be a part of it