Since leaving Spinnin’ Records and joining Hardwell’s Revealed Records, his music and image has shifted for the better.

We caught up with Julian Jordan before his set on stage7 at EDC Las Vegas to speak about the latest happenings in his career.

He told us about how his relationship with Hardwell and Revealed Records began through his track “Pilot”. The synergy between the two Dutch producers and their teams allowed them to cement a relationship bringing forth new singles to be released on the label throughout 2016.

His unique style of electro and progressive house has been supported by numerous DJs over the years and continues to see regular play at festivals around the world.

Listen to his single “Pilot” below:

His friendship with Martin Garrix began online when they were 13 years old.

The two young producers became friends online through a music forum and then continued the friendship by going to the same music production school in Amsterdam. They have a new track titled “Welcome” that they premiered at Ultra Miami this year.

In addition to new songs being released throughout the year, he will have a mini-album or EP coming at the end of 2016 showcasing his production skills by exploring new genres and BPMs. 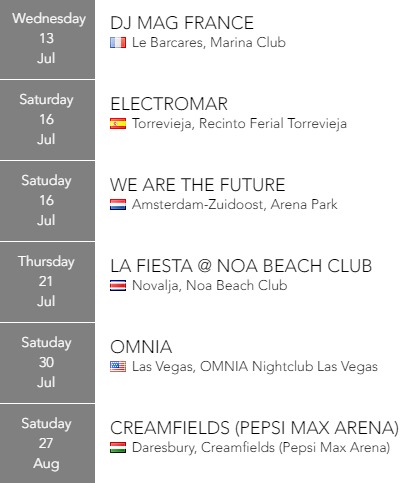