III Points presents its most impressive production yet.

This year contains a staggering lineup, complete with a diverse roster of musical acts, visual artists, and technology innovators. Miami will witness a rare performance by Grammy-nominated LCD Soundsystem, marking the band’s only Florida show and most intimate festival appearance of the year. 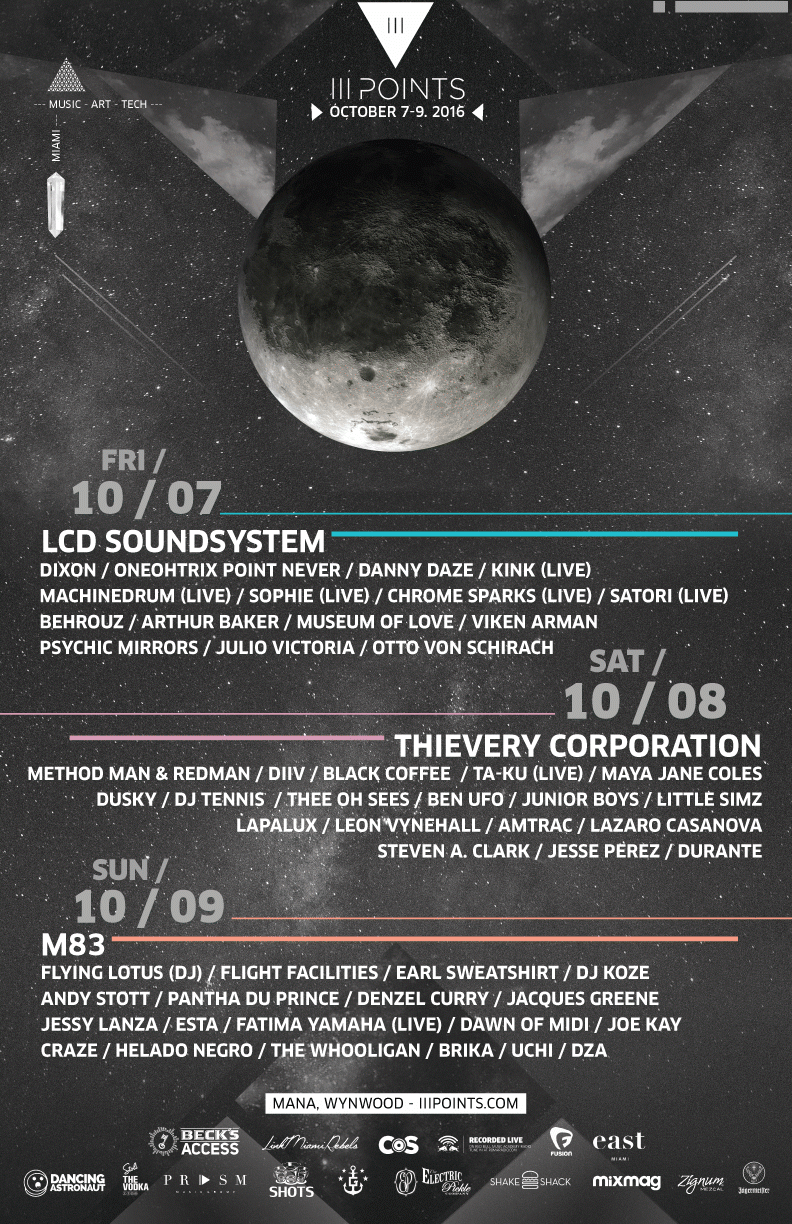 Due to popular demand, they recently announced the Foresight Pass, a ticket upgrade available to fans seeking an enhanced festival experience.

Always committed to those who invest in the future of the constantly-evolving festival, III Points is giving back to its loyal fans who purchased Prophet Pass pre-sale tickets by automatically upgrading their tickets to Foresight passes, making it the only festival to give away Free VIP tickets to pre-sale purchasers.