For Infected Mushroom’s 25th anniversary album, ‘IM25’ out now on Monstercat the Israeli duo captures a wide spectrum of sound, touching on tell-tale vibes throughout their career and expanding into new territory. Infected Mushroom shared, “each and every album of Infected Mushroom is a defining moment in time that displays the prolific nature of our work. ‘IM25’ is definitely experimental; it pushes the boundaries of dance music and celebrates a quarter century of the evolution of our sound. It’s impossible to capture our gratitude for this crazy ride, and for all of the wonderful people in our lives. Here’s to another 25.”

Alongside the album release we got the opportunity to interview Infected Mushroom’s, Duvdev and Erez.

I must share that your live set at EDC Colorado back in 2009 was my introduction to electronic music and I am forever thankful!  Just so happens that tonight you can catch them in Denver at the Summit.

Kind of you to say, it’s a pleasure to meet you.

I enjoyed the quote around the album’s first single ‘A Cookie From Space’, where you shared “when someone has a mullet from space, you don’t ask for the meaning, you just sit in awe of the inspiration that flows from its wondrous nature.” Besides Bliss, have you ever seen another ‘mullet from space’ before? What was it like?

Ha! There is only one at the level of Bliss. But there was a time when most of us Israelis had wild long hair. At one point, I (Duvdev) had only a few strands of long hair coming out of one side of my head… so in a sense, that was kinda out of this world.

Nice, I would love to see that!  I am love the string instruments jamming in this collaboration with Bliss and your guy’s new rendition of Alannah Myles ‘Black Velvet’; bringing in folk elements into dance music has been one of my favorite directions lately. Throughout the album there is also a reggae-infused ‘Business As Usual’ and a Hebrew cyber-pop single, “Zazim Beyhad (We Move Together).

Can you elaborate on the experimentation and unique approaches you guys explored when producing the album?

Right before the pandemic went down, we had just built a brand new studio. So when all of the extra time came our way, we were really happy to try new things under less stressful time constraints. Black Velvet came about when our guitarist and his wife (the incredible singer, Ninet Tayeb) came over to the studio for a jam sesh. It was a super organic flow.

Songs that really stuck out to me over the years have been ‘I Wish’ and ‘Smashing the Opponent’. Could you share a sentiment, story, or more insight into those releases?

I Wish is one of our most iconic songs. What a lot of people don’t know is that it took us forever to do the vocal work on this song. Each sound of each word had to be manipulated, extended, distorted… This was the eventual inspiration behind the development of our effect plug-ins with Polyverse, one of which is aptly named I Wish.

Smashing the Opponent was a great collaboration with one of our big influences, Jonathan Davis from Korn. This was a different sound for us, but it was during a time when we were enjoying exploring our rock roots – that was a fun era, in which we also did a number of remixes for The Doors as well.

How did Goa influence the intentions behind your music?

Goa is where Psytrance artists found a lot of inspiration. It was a haven for hippies, backpackers, soul searchers, and people who enjoyed being connected to nature. It goes without saying, but there was quite a bit of LSD happening down there, so naturally the music and vibe became more psychedelic in nature.

What is one life philosophy or mantra you like to live by? 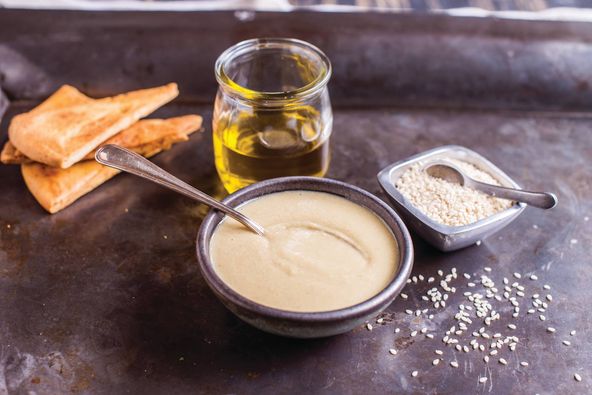 Earlier this year, the duo brought their immersive ‘IM25’ show to their native Tel Aviv, performing some of their most beloved tracks and new album singles to over 20,000 fans. Now Infected is in North America stopping at LA’s Exchange, Brooklyn Bowl, Honolulu’s HB Social Club and will return to Tel Aviv for back-to-back shows at BARBI.  You can check out the dates and locations on their website.

Prior to the album release, Infected Mushroom released an NFT collection based on their ‘Shrooomz’ EP via Monstercat in parternship with FARGO, a well-known industry artist who has worked for producers such as  ZHU and Gallant. The duo shared around the project, “The ‘Shroomeez’ EP came to life from the NFT art that was presented to us. We imagined a planet full of mushroom creatures and a mushroom collective. It was super fun writing 4 futuristic trance tracks that will suit a society of shroomeez. Dropping this EP as an entrance to the NFT world is an exciting way to release music in the future and spread the word of Infected Mushroom.”

“The winner of the auction will be the only person in the world (outside of its creators) to hear a brand new 5-minute song from Infected Mushroom. Upon winning, the buyer will be sent the sole copy of the song. The artists will not keep a copy and will delete any tracings of the song from their computer. This song is a part of the Shroomeez universe that will forever remain secret to almost all of humanity. Along with the secret song Babka, the winner will receive an exclusive 1/1 NFT at a later date. The buyer does not own the publishing or master rights. You are purchasing the song file and the exclusive ability to listen and own the only copy.”   Plus, all NFT holder received a copy of the new EP and access to an exclusive live stream.