Classically trained Australian composer, Catherine Duc earned a Grammy-nomination for Best New Age Album because of her novel and intoxicating blend of Celtic and ambient music. “Fusing world music with electronica has become quite popular,” Duc said. “Often artists choose Middle Eastern or African themes. I was interested in the possibilities of mixing Celtic motifs with ambient, trance and electronica.”

Mastered by GRAMMY-winning engineer Randy Merrill (Adele, Lady Gaga), ‘Remeber When…’ features the lush arrangements, smooth melodies and sparkling production that have brought Catherine critical acclaim.  Imagine the wind blowing through your hair and feel a sense of prowess from the instrumental groove, ‘Remeber When…’

Always intrigued when we hear of a new niche sound, especially from a classically trained multi-instrumentalist with diplomas in Film Music Composition (London School of Creative Studies), Classical Piano, Recording and  Production, we reached out for an exclusive interview where we discover more about Catherine Duc’s music production, music recommendations, inspirations, Grammy nomination, role as a Grammy Voting Member and what’s next. 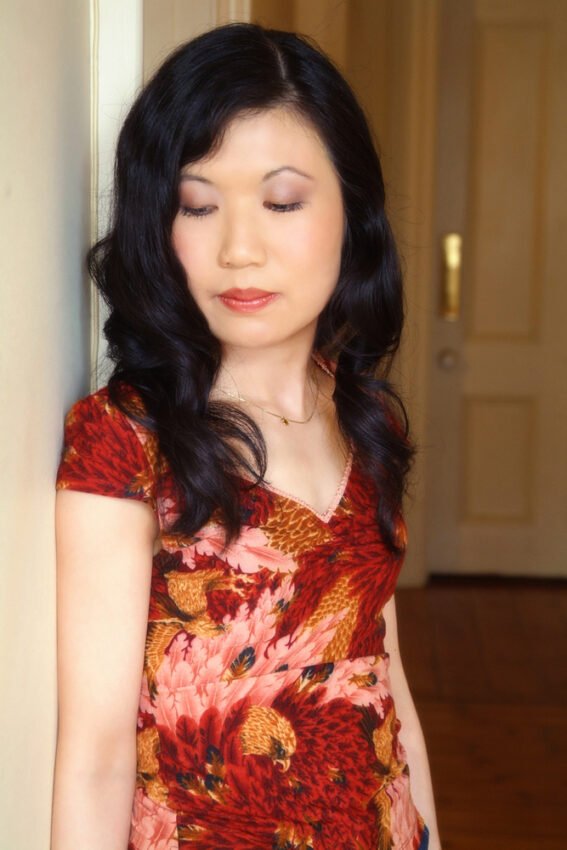 Let’s start with your latest release ‘Remember When…” You head in a synthwave direction from your Celtic influence. What inspired your shift to a synth wave direction?

I really got into synthwave/nu 80s after first hearing The Midnight’s music – they have such a signature sound and I think they’re the best in the genre.  I checked out some more nu 80s artists and discovered artists like NINA, Timecop1983, Miami Nights 1984 and September 1987 (seems to be a standard of naming your nu 80s act!)

I read that 80s music came back in a big way during 2020 as people turned back to more carefree and happier times.  A lot of the major label artists started adding 80s influences into their music.  With synthwave/nu 80s groups though, the sound is more nostalgic as if it could have been written in the 80s and they also use 80s production techniques – the synth sounds, reverb, chord structures and key changes (key changes were very popular in the 80s especially complex key changes).

How was the collaboration process with Jonas Isacsson? What parts of the piece did you compose?

It was fantastic to work with Jonas Isacsson as he’s one of Sweden’s best guitarists and used to play in Roxette‘s band for about 15 years.  We collaborated online (as everyone working on my project did – it was the peak of the pandemic and everyone was in lockdown at some point!).

I composed ‘Remember When…’ and sent Jonas the demo with the guitars parts played using a guitar sound on my synth.  Jonas recorded the guitars and added his own 80s stylised touches.  He knows all about 80s music and production techniques!  This is why I wanted to work with a guitarist who had performed in this era to get an authentic 80s sound.  He really makes the guitar sing.

We found working on this song was really healing because we had both recently been through a very difficult time with losing people close to us.

I love how you bring a new life to Celtic music by working in electronic music elements. Who are some traditional Celtic artists and songs that have inspired?

‘Riverdance‘ is what first inspired my Celtic compositions (I know the composer, Bill Whelan) and I’ve seen it live once.  The sound was so unique compared to what I had previously listened to (Top 40 only).  I really got into Irish music in a big way from Pop artists like The Corrs (and ended up doing an official remix for them) to New Age artists like Enya, Secret Garden and 2002 and more traditional artists like Clannad (I got the chance to meet Moya Brennan and the band in person) and Loreena McKennitt.

Can you do any Irish dances?

No, but it looks like a good workout and maybe I’ll check out some tutorials on YouTube – not sure if the neighbours in my apartment would appreciate it though! 🙂

In 2016 you earned a GRAMMY-nominated Best New Age Album, Voyage. What an honor!  What are some new age production techniques you used in the album?

Yes, it was pretty amazing to receive a GRAMMY nomination – my father sent me a text message at 2am (we’re in Australia) to tell me the news.  I couldn’t get back to sleep after that as you can imagine and had to go to my office day job the next day!

I learned a lot from listening to other new age and ambient groove artists when I was starting out like Enigma and Deep Forest.  There was a lot of layering sounds, mixing different genres like world music with modern beats and using subtle instrumentation, so that you’d discover new things each time you listened to a song.

Who are some modern artists that have inspired you?

Enigma, Deep Forest, Delerium and Celtic artists such as Clannad inspired my first compositions when I was really into world music.  I then got into melodic progressive house and now synthwave artists like The Midnight.

What instruments do you like to use in your music?

I’m really liking retro style synths at the moment (they’re software versions – I don’t have the room for all the actual synths!)  The sound of these instruments are very warm and have interesting tones.  For my other music, I like the uniqueness of world music instruments and orchestral sounds are always inspiring.

What is the most beautiful song in the world?

That’s a really hard question – I love listening to lots of different styles so it’s very difficult to pick just one song.   I’ll choose the remix of Clannad’s ‘Saltwater’ by The Thrillseekers – it’s haunting and cinematic and is a mix of two of my favourite genres, Celtic and ambient.

What could you say is your niche direction that you are offering the electronic music scene?

As I enjoy listening to a range of music from EDM to classical to world, I end up composing in different styles and mixing genres like world/electronic, Medieval/electronic and in my latest song 80s/electronic.

I probably sound like different artists with songs such as ‘In The Light of Day’ (contemporary classical) and my EDM remixes for other artists, but someone did say I have a ‘signature sound’.  I really like strong melodies and intricate arrangements.

Do you have any music production tips?

Continue to learn and develop your skills – it’s more than just practising scales (although I still do though).  Find some online courses for topics or genres you’re interested in or listen analytically to music from your favourite artists and find interviews with them about their music production.  This way, it makes learning fun.

Are you still an active Grammy Awards Voting member?  What is the voting process like? Who are some acts you voted on in the past?

Yes, I’m still a voting member.  In the past the voting process was paper-based and the voting moved online in the last few years.  There are 2 rounds and the first round includes all artists who met the requirements to be listed in the ‘For Your Consideration’ (FYC) lists.

The second round includes the nominees based on a mix of voting by Grammy members and the official Grammy boards (some categories are only nominated by the board such as the Remix category).  There are usually 5 nominees in each category unless the votes from the first round are tied.  Members can vote in 20 categories plus the main categories such as ‘Artists of The Year’.

I tend to vote in categories that I have a good understanding of such as New Age, World, Instrumental, Electronic/Dance and various Classical categories.  Some major artists I’ve voted for in the past include Adele, Lana del Rey and Australian electro-pop band Rüfüs Du Sol.

Musically, I would have said in the past to receive the most Grammy.   After everything that happened in 2020, a much better world record would be the make the largest donation for a good cause.

What is next for Catherine Duc?

As I’m really into synthwave/retrowave music at the moment, I’ve started on another synthwave song and will work on an EP in this style.

Anyone you hope to collaborate with one day?

It would be really interesting to work with my favourite film composers, James Horner (Titanic) and Harry Gregson-Williams (The Chronicles of Narnia: The Lion, the Witch and the Wardrobe). For synthwave, it would be amazing to collaborate with The Midnight.  I also enjoy doing remixes for pop artists in the EDM or chillout style, so would like to work with Lana del Rey.

Nearly five years after his last release on Monstercat, DJ, producer and Bite This! label boss, Jauz returns with a…

3 Nights Out You Can Have While Having a Night In

We’d all love to go out to a gig to see our favorite artist play every night, but, unfortunately…