All
By Jared Shadeed

Hotel Garuda, a project formed by Chris Gavino (Manila Killa) and Aseem Mangaokar (Candle Weather), has become known for upbeat, infectious music. After performing at huge events like Coachella and Manila Killa slaying his Holy Ship set, the duo is now set to take the stage at Firefly Music Festival, the East Coast’s largest music and camping festival. Their performance will be happening on Friday, June 15.

Hotel Garuda set aside some time to talk to us about life, artistic influences, what it is like working as a collective, and who they are looking forward to catching at Firefly.

Chris shared that he grew up in many places, making it difficult to pinpoint where his hometown would be. “I was born in Washington DC but spent close to half of my life in Manila – both pretty different places.” On one hand, he feels that he found his cultural identity in Manila and love for the arts. On the other, he acknowledges that Washington DC helped him shape his career immensely. In terms of his decision to pursue music, Chris admitted that he didn’t always think he would. “It just kind of happened. One thing led to the other, and music was something I always had a huge interest in, so I let it lead me down this path of a musician.”

Chris relayed that live performances particularly inspired him while growing up. “The performance aspect of music really brought me to another world, and I guess I subconsciously wanted to express my own music through performance as well.” Artists like Avicii, Daft Punk, Deadmau5, and Kaskade inspired him to start his music career. “These were my heroes and the reasons why I’m so heavily invested in dance music.” He also notes that acts like Noizu, Chris Lake, and Green Velvet are “pretty inspiring” currently for the duo.

As for Hotel Garuda’s live performances, the pair notes that one event that they were both really excited to play, was Coachella. “Although we weren’t on the main line-up, it was an honor to perform at the Do LaB stage at the festival.”

The Hotel Garuda remixes of “Beggin’ for Thread” by Banks and “Fakin’ It” by Kaskade exemplify their collective talent.

Gryffin, another popular dance music act, initiated the creative process for the “Beggin’ for Thread” rework. “Our friend Gryffin hit us up to collaborate on something, and we stumbled upon the opportunity to remix a Banks track. We’re both fans of Banks’ work and were stoked to work with Gryffin.” For the “Fakin’ It” remix, Felix Cartal, who happens to be a featured artist on the original track, helped make the remix happen. Cartal had reached out to Chris and Aseem, and the pair enjoyed the original track so much that they made the time to work on their version of “Fakin’ It”.

Both artists have found that being able to compromise when figuring out what’s best for a given track is important.

“It helps to be able to compromise when it comes to art, and that’s when the real teamwork starts. It’s usually one of us starting the track, then throwing it back and forth with feedback until we finish”. This collaborative approach to making music works well for them. That is the case particularly because having two distinct perspectives helps solve challenges that come up while creating. That was the case while the two worked on “Dancing on the Moon” with Lemaitre. “We had a session with Lemaitre years ago and decided to revisit the track late last year. We cleaned it up, and were finally able to give it a home. We’re happy that it finally found a release after all these years of figuring out what to do with it”. Chris and Aseem wanted to create something that was instrumentally-driven yet still inclusive of the elements of disco music.

Comparing older and recent releases, it is easy to see that Hotel Garuda’s sound has evolved.

When we asked if they thought so too, the pair agreed. “Our music tastes are constantly evolving, which means our expression in music is evolving as well”. All around, they have been feeling more open to experimentation in their sound. We definitely hope to hear more of their distinct songs at Firefly this year. The pair hopes to catch sets from acts like Chet Porter, Phantoms, and ODESZA, and promises that fans will be treated to a bunch of new music during what will surely be an unforgettable set at Firefly.

Be sure to catch Hotel Garuda live at The Woodlands of Dover this year at Firefly Music Festival 2018. General admission and VIP passes are already on sale, with 4-day passes available, along with camping passes and packages, here.

Check out the rest of the Firefly 2018 Lineup below: 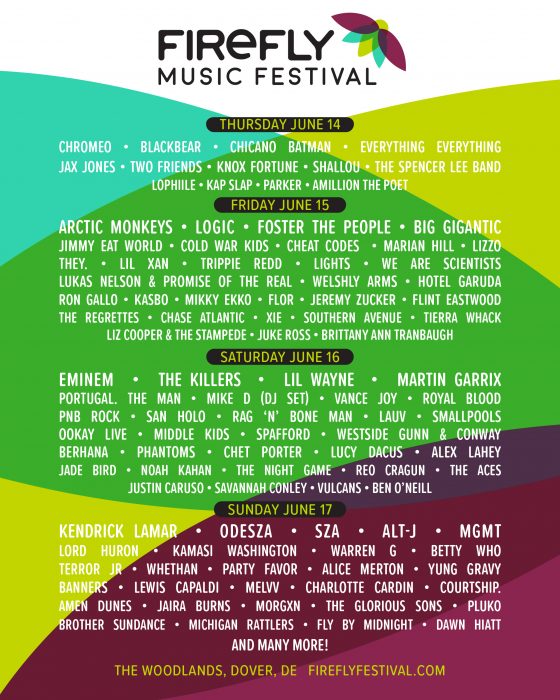 Christian Löffler puts on a spectacular live set within ruins of a castle South of France. Traveling from Germany…

As the summer invades the spring, many DJs are packing up colder sounds for warmer synths and pounding bass. The…