Holy Ship! to Kick Off Sold Out Voyages With Massive Pre-Parties

For most on a cruise, one of the biggest concerns is getting stranded at sea. Those aboard Holy Ship! probably prefer it.

The demand for access to electronic dance music’s premier oceanic journey has led Hard, The Bowery Presents, and Cloud 9 Adventures, the companies behind the cruise, to expand to two weekends in 2015. Even the expansion has not seemed to satisfy the demand.

Both weekends of the highly anticipated party at sea sold out ten months in advance.

With lineups that boast Knife Party, Pretty Lights, Flume, GRiZ, Odesza, Skrillex, Fatboy Slim, and Claude Von Stroke it is easy to see why cabins will be at capacity en route to the archipelago.

Setting sail January 3 from Port of Miami, the initial excursion will navigate to Half Moon Cay in The Bahamas where the Ship Fam will throw down for a full day on the white sandy beaches. After re-boarding, its off to spend a day at sea before returning stateside on January 6. The second weekend will offer an equal amount of tropical shenanigans, embarking from Miami on February 18, hitting Nassau and Coco Cay, Bahamas before heading back to South Florida on the 21st.

Those not able to secure their spot need not worry.

Any event wouldn’t be complete without an epic pre-party.

In true Miami fashion, Holy Ship! will christen the cruises with pre-parties at SPACE on January 2 and February 17. What better way to kick off the new year than getting a taste of the madness at one of the most renowned nightclubs in the United States?

Check out the Holy Ship! pre-party lineups below: 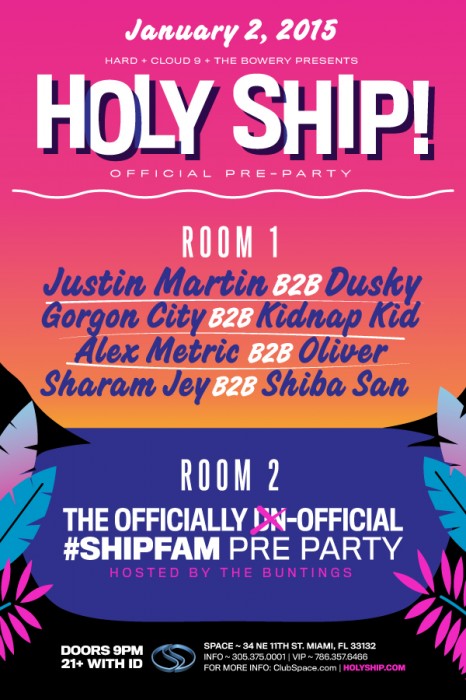 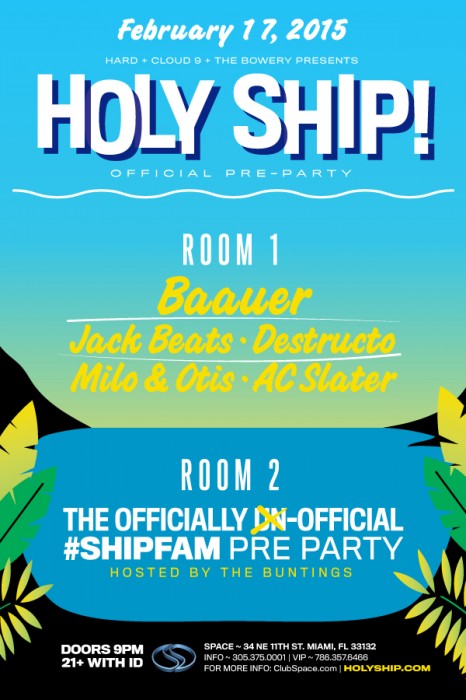 Tickets the the Holy Ship! official pre-parties at SPACE can be purchased by clicking here for January and here for February. For more information be sure to visit the Holy Ship! website.

Curious what all the hype is about?

There is no place better than a music festival for those lovers of all things EDM. These harmonious gatherings allow…

Trippy Turtle follows up the release of “FoFo” with a squeaky Christmas parody. Interjecting hilarious chants of “Ho, Ho, Ho…