Gorgon City served up some gems during Defected Virtual Festival including collaboartions with Sofi Tukker, PAX and DRAMA. One impressive new artist featured was Bajau with his captivating deep house record, ‘Slow Motion’.

Stress Records welcomes Bajau to the label, a new project arriving with two uplifting tracks radiating feelings of warm days in the form of ‘Slow Motion’ and ‘Temperature Rising’. 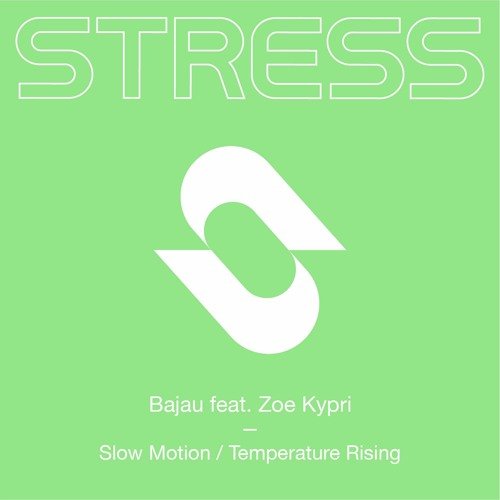 The lead track Slow Motion is one capable of providing those memorable moments, as a euphoric lead creates powerful atmosphere with soothing delays that wrap around the listener. Strong piano chords complement and provide the backbone of the builds, joined by subtle breaks-style beats and an intensifying arp line. Zoe Kypri’s delicate vocal ties the elements together and elevates the track further.

Temperature Rising once more features vocal work from Kypri, this time alongside an upfront leading bassline that’s topped with an acid line and playful percs that build together throughout.

Bajau is an interesting new project and a homage to the nomadic sea tribes of South East Asia and, fittingly, donates a percentage of record sales to non-profit charities that are clearing up plastic in the world’s oceans to help preserve marine life. Bajau’s music has found a fitting home in Stress Records. The release gives a fresh take on the melodic themes that have been at the core of the label since the early 90’s and puts Bajau’s name amongst a deep back catalogue of impressive artists.

Sir Ivan is helping out-of-work DJ’s with a MegaMix Competition and a donation of $10,000 USD

International recording artist Sir Ivan, aka Peaceman, has been fighting a decades-long campaign to spread his message of peace…

Frankyeffe on Mammoth Release ‘Skin’, Lockdown in Italy and Future of Electronic Music