Riot Recordings Presents Traintek with the Future of Techno

The foward-thinking, Rome based techno imprint Riot Recordings headed by F. Vava (Frankyeffe) with releases by the likes of Fatima Hajji presents the first virtual edition of Traintek. Supported by a global partnership that ranges from Italy to Japan, Traintek will showcase 7 artists across 7 hours.

The live streaming via thatDROP and Riot Recordings‘ facebook will launch on Saturday, May 30th at 12 PM CET or 3 AM PT, kick starting the day for Europeaners while fueling listeners Stateside ’till the morning light and through brunch. 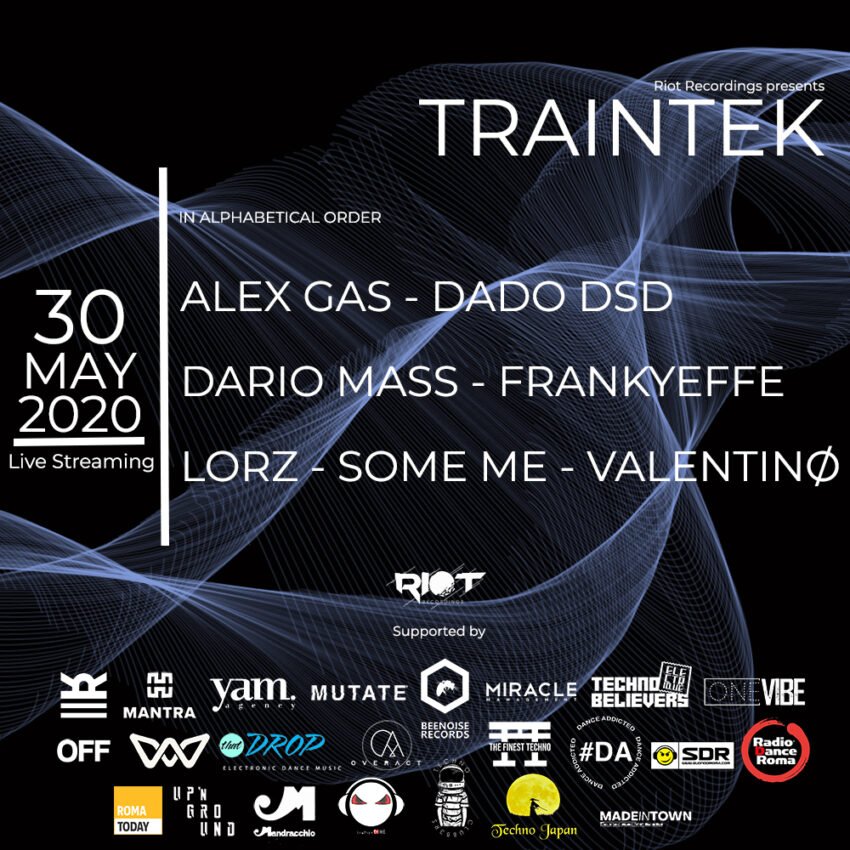 For this Traintek, Frankyeffe shines light on artists from the darkest corners of electronic music who can properly represent Riot Recordings: Some Me, Alex Gas, Dario Mass, Dado DSD, Valentinø and Lorz.

Riot (acronym of Revolutionary Idea On Time) is a young and independent electronic music label. The musical style of the releases is mainly techno based on quality sounds involving rhythms and soft material intending for listening rather than dancing. Before the sessions Saturday, sample music from the featured artists while discovering a little of their story. 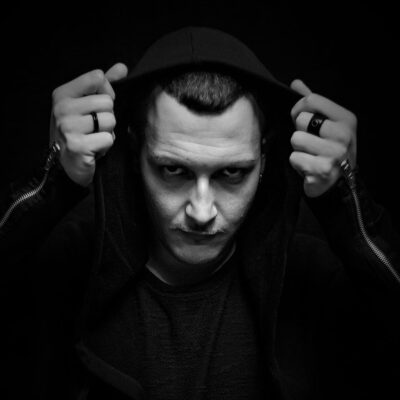 Emiliano Serafini AKA Some Me started his DJ career in 2012, which led to a degree in sound engineering and sharing the stage with the likes of Frankyeffe, Burden, DLTN, Seismal D, Hollen, Mauro Picotto and Karotte ext. One of his first releases, ‘Good Morning’, on Riot Recordings was supported by: Maceo Plex, Joseph Capriati, Luigi Madonna, Arjun Vagale, Spartaque, Paco Osuna and many more. 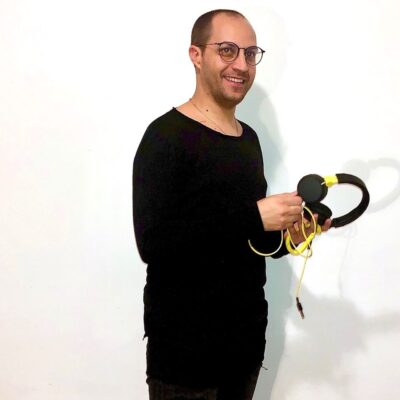 Rome’s Alex Gas is highly appreciated among his peers for his creative and original sound. Offering a deep sound built of progressive rhythms that will gas you up, Alex’s substantial musical background shines through his sets. Sample his Reserve Selection on vinyl. 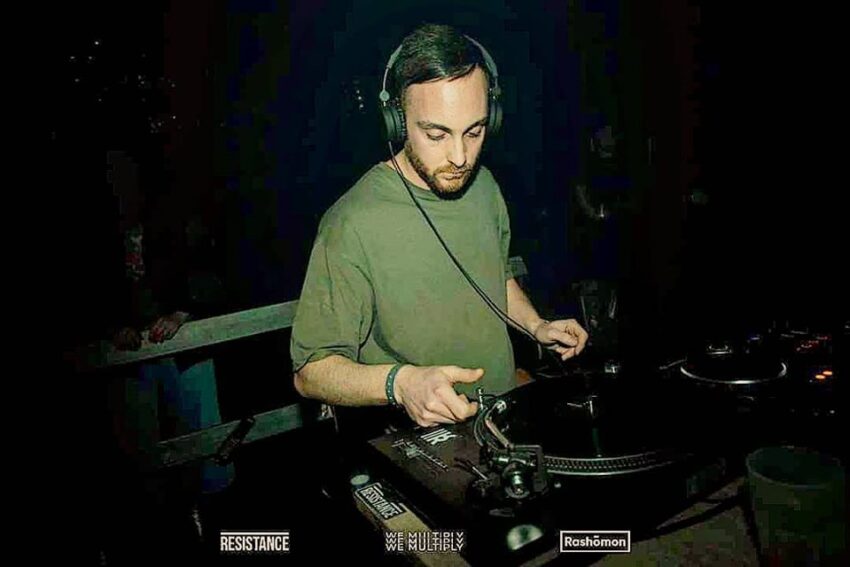 At the age of 13 the Italian, Dario Mass, started exploring the land of electronic music, finding himself playing alongside house music chiefs Ernesto Ferreyra and Romano Alfieri, while rubbing elbows with the likes of Sven Väth and Richie Hawtin.

Dado DsD from the beautiful port town of Trieste, Italy is a master of his craft, revving up underground clubs all night long with his style of music that pioneers techno, future techno, electro techno and new electro. The edgy sound by Dado DsD is one of many qualities that separates him from the pack. 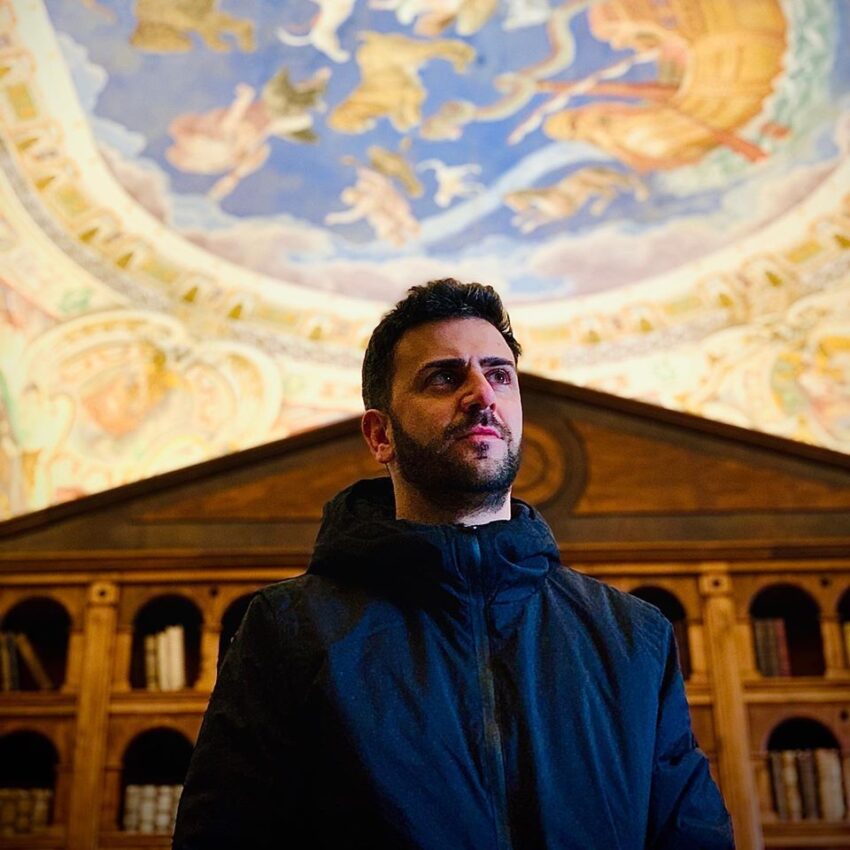 Beyond spearheading the Riot revolution, Frankyeffe has collaborated with Enrico Sangiuliano, garnered support from top-tier talent like Riva Starr, Tiga and Sacha Robotti, premiered on Deep House Amsterdam, Soundspace and Mixmag, as well as earned slots at major festivals like Tomorrowland and Audiogate, among other dream-like accomplishments.

With an impressive collection ranging from house to trance, Frankyeffe is always a pleasure to watch. Read more about Frankyeffe through our recent interview before he goes live from Lake of Castel Gandolfo at 5 PM CET. 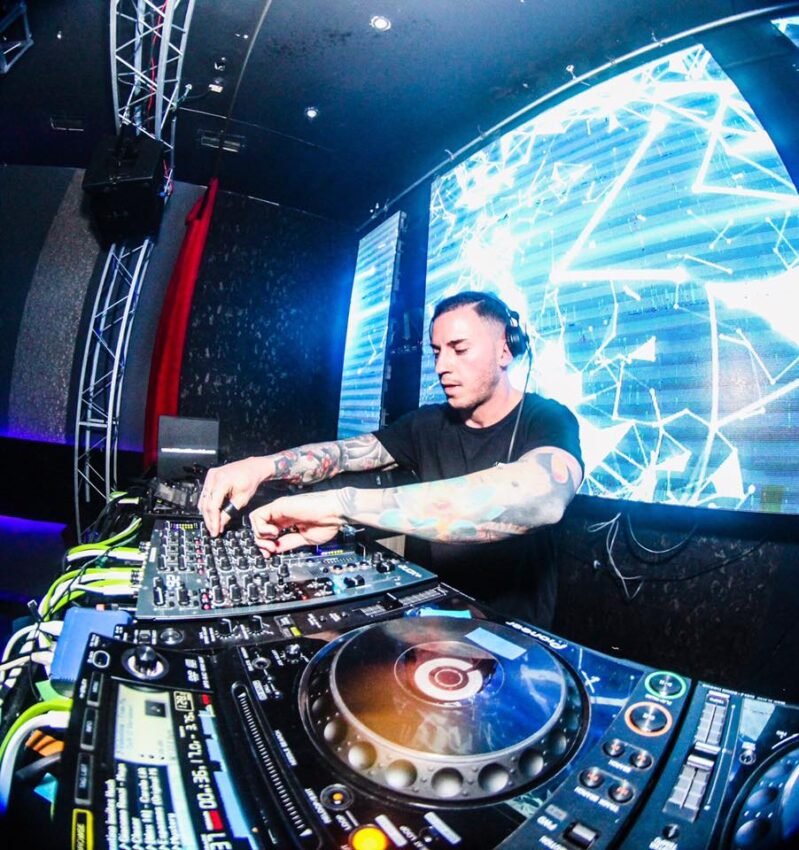 The Italian Future of Techno, Valentinø, from Genova explores dark dimensions and atmospheres laden with energy and forcefulness. His management team, Natural Music Events, is responsible for the success of the nightclub Mantra due to their keen booking sense and loyal following. Recently, Valentinø’s New Dimension EP was released on the beloved Barcelona imprint, Suara. 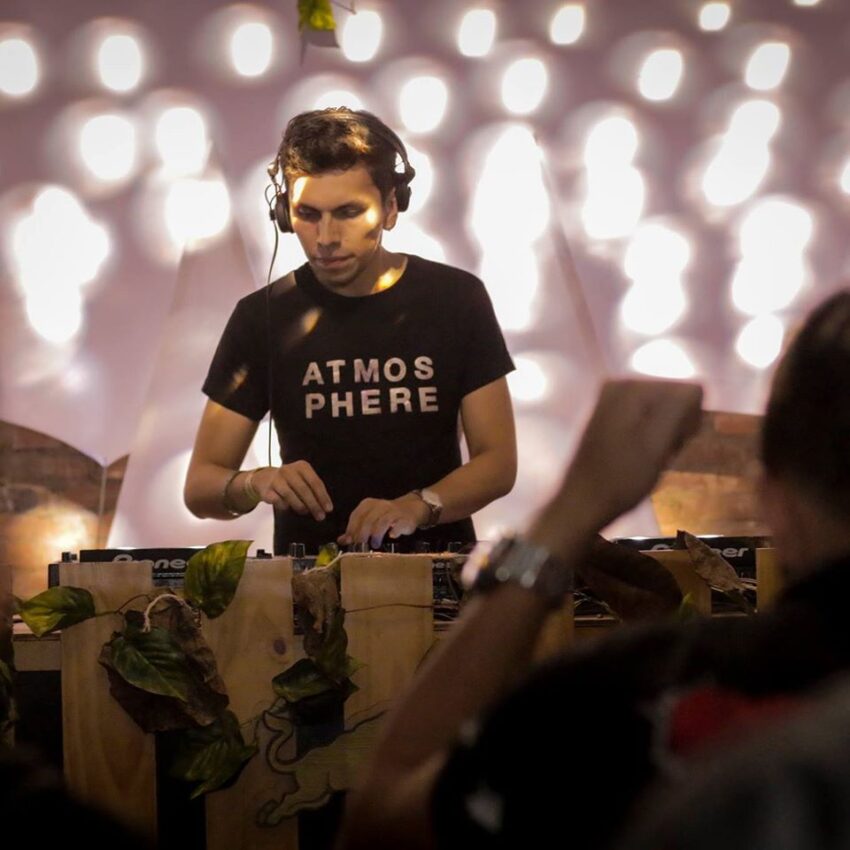 The rising Columbian house and techno producer Lorz has made a name for himself playing at clubs around the world from Bogotá to Moscow, sharing the stage with great national and international recognition such as Frankyeffe, The Yellowheads, Joyhauser and Dusty Kid as well as founding his own event label, OneVIBE.

First announced back in December of last year, the wait is finally over as Wæde Wätts’s debut…

We’re almost out! As lockdown comes to an end around the world most people are simply thrilled to grab…