Jessa le Carre sat down with thatDROP to discuss the latest evolution of her music and some great new singles she’s excited to share with the world. Learn more about what goes into her music, being a bi artist, how she assembles each masterpiece and how she navigated a very interesting year that nobody expected.

According to her Beatport profile, “Jessa le Carre is a has branched off into a music production career after putting in many years into the industry and touching the hearts and minds of listeners as a unique mashup artist. Her new original productions are an impressive move forward with her latest projects focused on a combination of Deep House, Progressive, and Trance.”

In this interview we learn the behind the scenes details of what goes into each song and how she puts her personal touch into each track.

ThatDrop: Of your recent three singles — “Break My Heart,” “You” and “Eleven Phoenix” — which one, if any, do you feel are most appropriate for the current climate? Why?

Jessa le Carre: I prefer tracks with minimal vocals right now. I’ve been intentionally stripping down a lot of vocal elements in my tracks this year.

My favorite of those three right now is definitely “Eleven Phoenix.” I spent months fully developing the concept for this track. I’m also giving it away as a free download, which is something my fans love about my approach as an artist. I think people have enough to stress about right now, so if a free track with no commercials or gimmicks helps lift their spirits, then I’m happy to offer it. 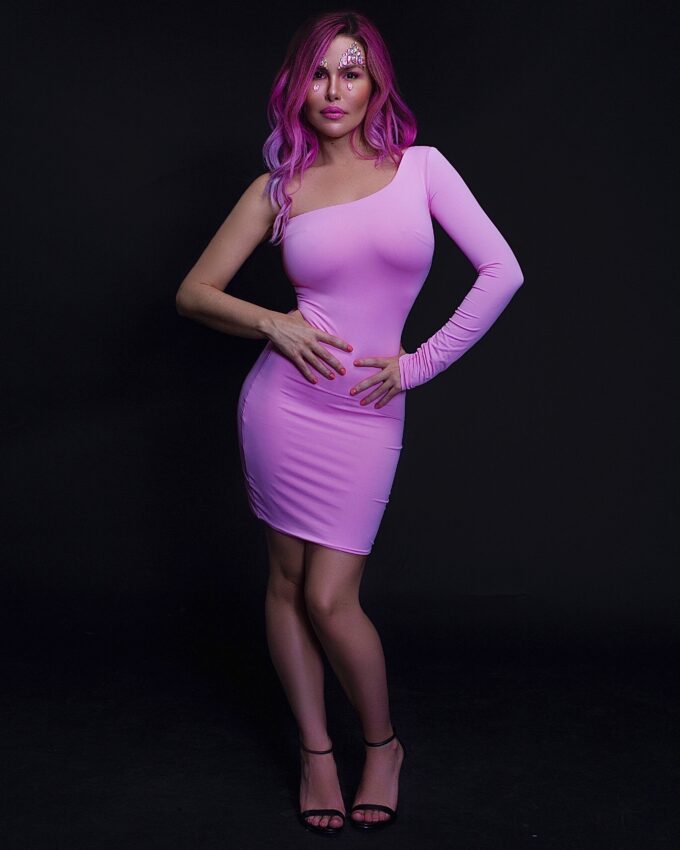 ThatDrop: What’s next after “Eleven Phoenix”?

Jessa le Carre: I wrote a song about the world’s current situation called, “What If.” The lyrics are about “what if” the lockdown weren’t here right now. Where would we go? What would we see? I wrote it as a unique love song based on current events. So many people are split apart and unable to access their loved ones right now. It’s important to have hope in times like these and to keep love alive.

ThatDrop: Take us on a walk through the making of these three songs. How are they similar? How are they different? Do they illustrate different aspects of you as an artist? How did you manage to convey that, in the recording studio?

Jessa le Carre: “You” was the first track I released of these three, and it became popular very quickly and even made a feature on the radio in the first week of release. This is my deep-house track. It was my first attempt within the genre and although I do love it, I much prefer DJing with this song because it provides a nice balance with harder house tracks. I had originally intended to sing this track myself, but my usual recording studio closed due to COVID-19 the same month I was completing the track, so I used another vocal instead. Even though I didn’t complete it the way I originally envisioned, it’s still a great tune and I know many people enjoy it, so that’s all that matters.

I made “Break My Heart” as an experimental pop dance track. Something I have really strived to do as a mashup-up DJ is balance the feminine and masculine aspects of music. This is what is most pleasing to my ears. “Break My Heart” is an original track but I wanted it to have the aura of a mashup. I also came in heavy with the trance effects which created a more uplifting balance with the pop house vibe.

“Eleven Phoenix” was my longest project, mostly because I had my computer crash at one point during the early production phases. I completed my initial concept using Cubase, but then I ended up revising and perfecting it with Logic, which is my usual DAW for production. This track gives me a lot of energy and I love the dark undertones throughout. It’s definitely one of my personal favorites.

ThatDrop: Are you also singing on your original productions? We know that you’re also a singer/songwriter, as well as a mashup DJ and producer.

Jessa le Carre: Originally, I set out to create an album that I fully produced and performed, but with the pandemic and lockdown happening, my local SONY-affiliated recording studio ended-up shutting down completely as a health precaution. I didn’t want to slow down, so I ended up writing lyrics for other artists to sing who were still able to access their studios. It’s my voice on my tracks, “Make Me Feel” and “Eleven Phoenix.” I’m about to drive to Pittsburgh soon to record a new vocal with a studio I found called ID Labs, so hopefully I can get back on track with recording my own vocals again after that. For now, I really don’t mind working with other vocalists because I want people to realize my primary focus as an artist is as a songwriter and producer. My upcoming track “What If” is a track I wrote with a very talented new artist named Bahaari. I envisioned a male voice singing this vocal and I’m very happy with the result.

ThatDrop: Can you talk a bit more about the balance of male and female essence in your artist persona? What do you think, specifically, is particularly “male” or “female” about a particular piece of music? 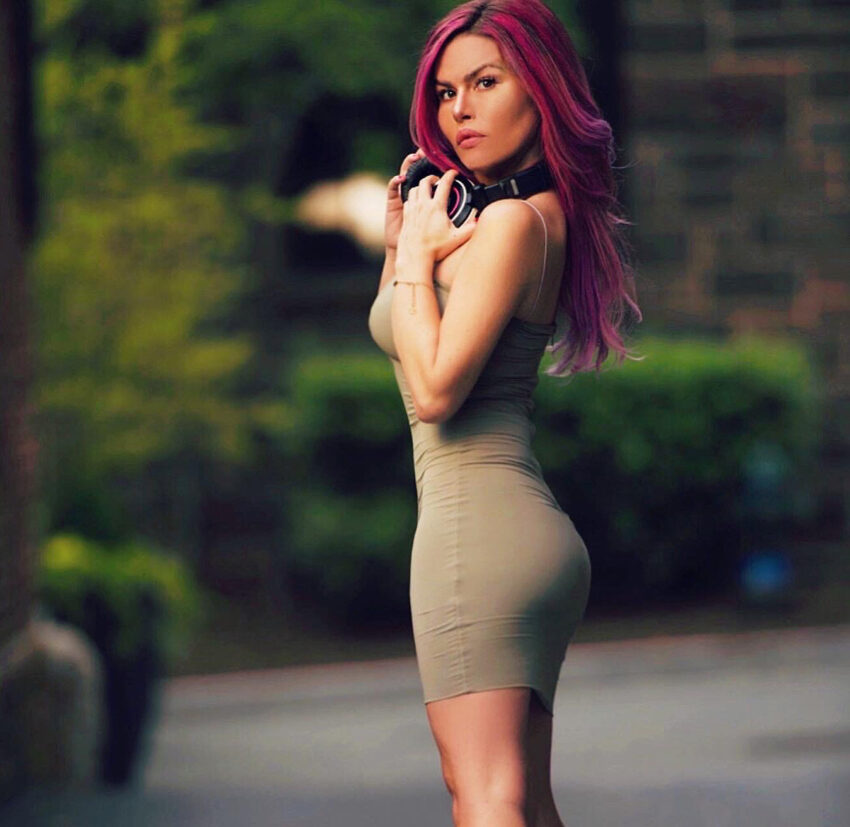 Jessa le Carre: I strive to find balance between the masculine and feminine in almost all things I do. It’s important to achieve this musically because I see all complex sound as a source of modern healing. I want my music to be something you can listen to and then feel more centered after hearing it. I find modern American pop music does this best of all, sometimes, because we often will mix rap with pop music or, more often, highly feminine vocals with harder rock music. When I travel to other countries, it’s always American pop tunes that are playing on the radio. Trance music can sometimes be guilty of being overtly feminine. I think that’s why I’m so drawn to it as a genre overall. To me, it craves more masculine energy. I love changing out trance basslines for house instead. It brings in new energy and keeps you more grounded in the beat.

ThatDrop: Briefly, can you explain what Syncope is? How does this medical condition affect you as an artist? How do you cope with it?

Jessa le Carre: It’s technically a symptom and not a condition, but it involves blacking-out or losing consciousness. It was the worst right after my accident years ago, but I have found ways to cope through the use of hyperbaric oxygen and other modern medical advances. Until the pandemic, I was mostly coping with my disability by writing for other dance music artists and not worrying about performing live. I preferred not being in the spotlight when I was still figuring out how I could function properly again. The budgets for a lot of artists have plummeted over the past year. People are no longer hiring producers and writers. I definitely have the presence of a performer and I know it’s who I am, too. Most people know me as a mashup DJ and don’t even realize I’ve been producing for years.

ThatDrop: As a mashup DJ under your “dJESSa” alias, can you describe what’s unique about your mashup mixes?

Jessa le Carre: My mashup DJ mixes have always been a spontaneous thing and they take an absurd amount of time to create. Usually 3-4 weeks of constant listening. Not only to clean the concepts, but also the mixing down and fine-tuning of the cross balance. I call my mashup mixes “Dance & Trance with dJESSa” and they’re up on Soundcloud. I plan to do more live mixing on my new Twitch account (dJESSa_mashup).

ThatDrop: You seem to have a really positive energy about you. How are you able to maintain such a positive outlook on life?

Jessa le Carre: I just think life is a precious gift to ever waste with bad vibes. I try to remain positive and use yoga and meditation to center myself on a daily basis. It really helps to remember your body is a vessel for your energy, so if you take care of the house of your soul, then everything shines brighter.

ThatDrop: What are some of your best memories as a DJ? How do you see your future as a DJ in this post-COVID-19 world?

Jessa le Carre: My best memories as a DJ are from the warehouse parties around D.C. I love underground music and especially house music from the East Coast. The most fun I’ve had for a live show was headlining an event at the Playboy Mansion. I’m eager to see what’s in-store for the future of the industry. I see this as the one and only way of life for me, so I can’t imagine myself ever turning away from music.