With just 2 weeks to go until the first ever Lost Lands Music Festival, Excision (Jeff Abel) has us convinced this will be an experience of epic proportions. In a short period, what was just an idea has blossomed into the most anticipated festival of the year.

For starters, PK Sound will be bringing over 750k watts of sound to make the valley and people vibrate.

Excision has made a point to keep attendees updated every step of the way. We’re happy to bring you the scoop on why Lost Lands will be a whole package deal. Another awesome aspect is the location, Legend Valley, such a beautiful place for loud music.

Legend Valley in Thornville, Ohio was built on a farm in the early 1970s and was formerly known as Buckeye Lake Music Center. This historic venue has been graced by the greatest bands of all time, including the Grateful Dead, the Allman Brothers, Journey, Willie Nelson, ZZ Top, AC/DC, Bon Jovi and many more. 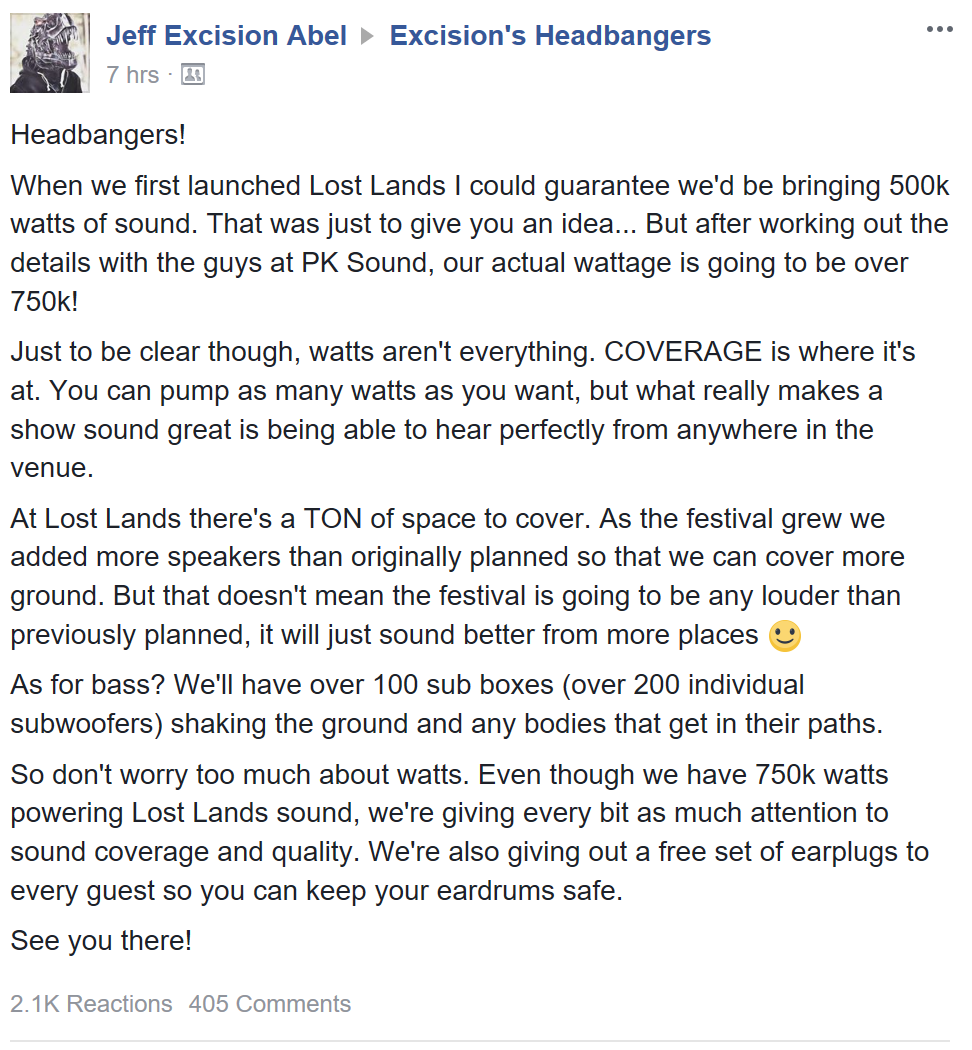 Excision‘s fans are some of the most loyal in the scene. After plenty of sold out tours, it’s clear that distance is not considered an obstacle to reach Excision.

3 nights of Excision is a headbangers wet dream.

This meticulously crafted lineup features artists like Crizzly, Herobust, Funtcase, 12th Planet, Downlink and a long awaited performance from Destroid. Destroid, a dubstep band that consists of Excision, KJ Sawka and Downlink last played a live show at Ultra in 2016. They will come together for the ultimate celebration dedicated to heavy bass.

After months of waiting to walk among the dinosaurs, the time has finally come. Its going to be like that scene in Jurassic Park when you the water ripples in the little girls drink because a dinosaur is approaching, but in this case the ripples in your drink will come from the massive bass!

Come prepared with love and the burning desire to rage. This event is set to be one of the best festivals yet. Pick up your tickets for Lost Lands by clicking here.

Take a listen to Destroid’s work below to get prepped: