We are now seeing the light at the end of the tunnel! New lineups are being released, and artists are debuting their new creative identities. Last week, we were able to catch up with our friend Elephante to discuss his newest track ‘High Water‘—a song that shines light on his younger years and withdrawal from opioids.

The Harvard alum’s newest single combines his high-energy dance roots with atmospheric verve and swells to give a more overall alt-electronic, organic feel. The story is transparent, while the voice is unapologetically himself, and to make it all the better, the song creates a culture shift that evolves a stigma into an open book conversation. Point blank, it’s okay not to be okay. 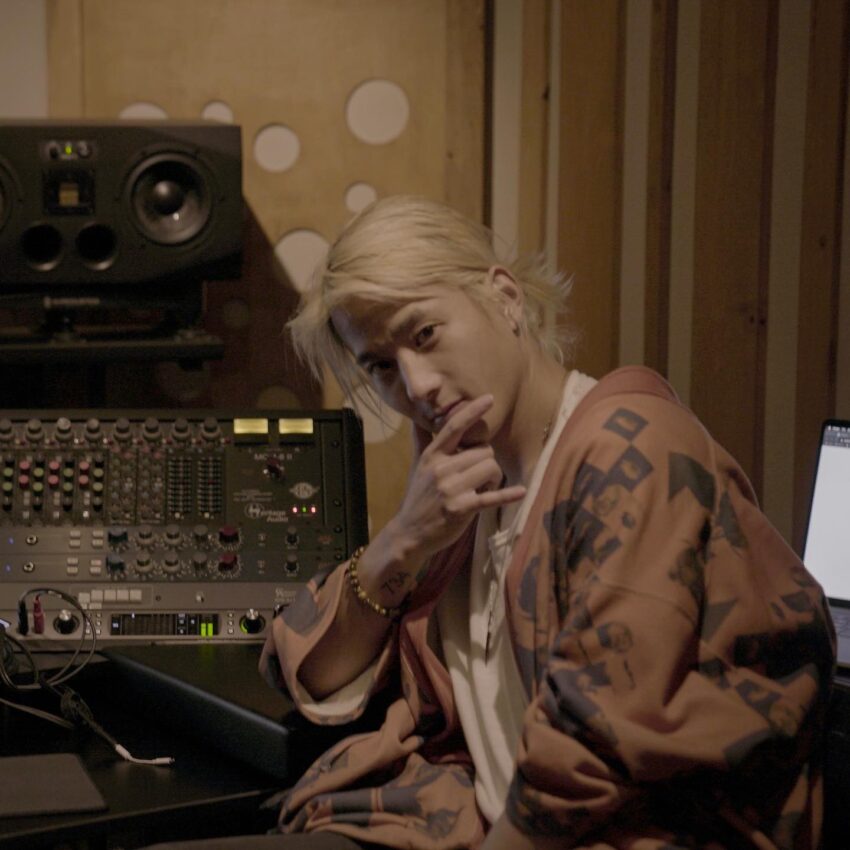 How has everything been? It’s been a minute! Like what… two years?!

Yea, maybe a year and a half. Something like that. It’s been up and down. The pandemic has been hard on everyone, but has been particularly hard for artists. I think there will be good things that come out of it. It feels like some things are coming out of the darkness. I’m glad that I’m able to begin releasing music, again.

Yea, your new song ‘High Water’! I love it; it’s a side of you that I’ve never seen before. It’s intriguing, it’s new. I think I’m really attached to it because of the storyline behind it—it’s a story about substance abuse. It’s not something I can directly relate with, although, I know a lot of people close to me, and everyone does, who has faced that challenge.

I think there’s a couple of things. The pandemic has really made me think creatively about what I want to do… what has moved me, interested me, gotten me out of bed in the morning, and that is singing and playing guitar. It’s like… this is what has gotten me through this time. I wanted to have that reflected in the music that I make. Also, not having shows, right?

How was that for you? Not touring… I know you were traveling a lot building up to COVID. Going from traveling 24/7 to not overnight, I can see how it can impact you negatively. It must have been hard.

It was a big culture shock. I was playing over 100 shows every year for the last three or four years. I had wanted a break because tour can be tiring, but not a year-and-a-half long break. It was an adjustment, but it allowed me to find my identity creatively. In a way, it distilled what’s important to people. When you’re touring, you see what your friends are playing and what other artists are playing. You’re trying out new music and have a pulse on what kids are listening to. Without any shows, you have no idea. Are people raging to just dubstep? I don’t know. There was no way for figuring that out.

Slightly driving the topic in a different direction, but did you spend the pandemic in Michigan or LA?

That’s how I felt about Ohio. I recently graduated and had plans on moving to LA before the world shut down. Tucson is where I spent most of the pandemic, but it was lonely. Now I’m in Phoenix, trying to make the move to California here soon. Circling back to ‘High Water’, so it really talks about the time of your life when you experimented with opioids?

So the nature of this industry can be hard. Unfortunately, there’s a large door for that. What is something you’d like to tell fans who feel like they can’t attend these kinds of events sober or who are merely struggling with opioids on a more regular basis?

I don’t want to be that guy who is like… don’t do this and don’t do that. Everyone goes through their own journey, right? ‘High Water’ is my experience with it. When you’re in that mode, it’s so hard. It’s such a slippery slope. When you’re down there, it’s hard to get up. I think the biggest takeaway is that this songs allows people to not be afraid to reach out for help. Not necessarily professional help, if you need that that’s great, but even just support from your friends and loved ones. I remember being so afraid to tell anyone because I didn’t want them to look or think of me differently. I didn’t want them to think ‘Oh, what an idiot’ or ‘What a junkie’. I think the shame is so resonant that things get clouded. You create this pre-judgement when really that’s not the case. People love you and want to help you. That goes with everything… mental health especially. The pandemic really hurt my mental health and I started therapy. I highly recommend it to anyone who feels like they need someone to talk to. There’s no shame in any of that.

Do you think that this song is kind of a closing to that chapter of your life, to a different extent, then? Maybe like okay this was a therapeutic way of me releasing this and now I’m at peace.

I would say it’s more of a beginning than a closing. What really attracted me to this song was how many parallels there were with the withdrawal, the pandemic, and what I was going through. In everything that I write, it feels like a message to the future. Sure, I can write about a song now, but I want that message to be applied to different situations. That’s what I like about writing. The meaning can evolve. I can write a song now, but it can have a different meaning in a year.

Since crafting the song, how have you evolved as a person?

Figuring out what’s important to me creatively and learning to do it for it’s own sake without shows and that constant validation. Instead of seeing how it’s performing and how people are reacting, there was a time where I was in my basement self-loathing. The part of me who was wanting to jump back on tour. That wasn’t the answer. There was an underlying issue and I thought tour could be that outlet, but it would have been a cover. I needed to fix the underlying issue. It’s a band-aid. I learned to love myself and not focus on just the reward of it all.

This is obviously a song that’s close to you, well, all of your songs are, but this one in particular, the emotions are hefty. Who was the first person you showed the song to?

This is the first song that is unapologetically me. The first person I showed this song to… hmmm… it was probably Mako because we’re pretty close and we send each other music that we’re working on back and forth. He was super supportive. I don’t think anyone really knew what it was about until we released it though. I think my team was even like woah… this isn’t what we were expecting. This was bred during isolation. The ideas kind of just popped. It’s interesting because I don’t really remember the process of creating this. I think I had this idea for a while, but it finally surfaced in a song.

Maybe it was just you overtime having these emotions and ideas sunk down. Because of the pandemic, things just rose.

Yea, exactly. I don’t like spelling out what songs mean, but I think in this case it’s important to.

Well, I think it’s wonderful. I know a lot of people who were struggling a lot with mental health and unfortunately they faced similar challenges. It hurt me seeing them hurt and I know this is a song that they are able to resonate with and maybe use to communicate better than their personal ability. You know… during this pandemic, a lot of people were struggling and people kept saying how they miss shows. I struggled and of course I missed shows, but most importantly, my heart was with you and my other artist friends. I thought about you guys a lot.

I appreciate that. It was hard definitely. There were times where I couldn’t create music. I’d hit up some of my friends and ask how they were doing creatively. It seemed like none of us could really make shit haha. None of us could do shit for weeks.

I feel like I want to scratch off the year. Take a year off my age and everything haha.

I wouldn’t want to. I think this is an important time. For better and for worse, this is going to be an important part of our generation’s story.

Real quick, so the music video… it’s insane. How was it creating a video in the water like that?

Yea, they actually built the set under water. It was sick. They weighed everything down with iron weights. I can’t really swim that well, but I would go down there for as long as I could. When I felt like I was drowning, I would panic and come up haha. I really wanted to evoke the feeling of everything is okay. Going into this zen, this meditated state. When the alarm bells start ringing, you go back to the surface. Rinse and repeat. It was hard. I was so tired. I was violently shaking, I was pretty much blind after, and I was sick after that for like three days, but when I saw the footage I knew it was worth.

I think it was executed very tastefully. So we’re wrapping up now. I’m really glad that we were able to catch up. I know that we don’t talk every day, but I’ve known you for years now. I really hope you know that if you need anything at all, I’m only a call away. I’m glad you’re doing alright, though.

Thank you! I really appreciate that. It’s been a journey, but I’m excited to be releasing music again.

People stateside probably haven’t seen much of the Berlin based, Oliver Koletski since his Oregon Eclipse to Burning Man…