We’re getting up close and personal during our interview with our friend, Elephante as he releases the entirety of his newest album ‘Heavy Glow’. This introspective 10-track project sheds light into the darkest of corners including anxiety, depression, addiction, and more. ‘Heavy Glow’ is organic, hypnotic, and a solid soundtrack to blast out loud at any given moment. 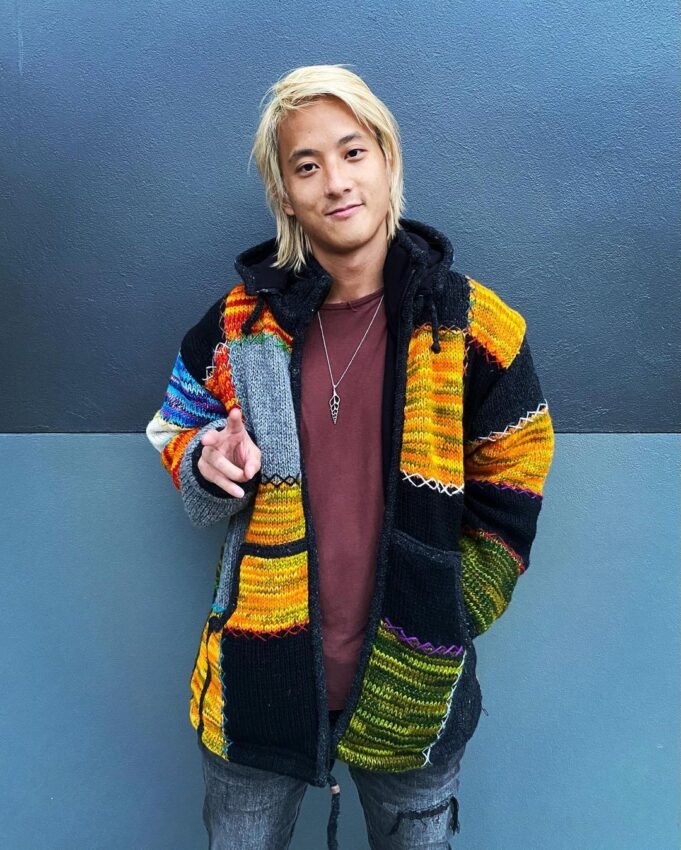 I know! It’s been crazy busy. How have you been? Busy with the new album coming up?

Yea, just really busy. Are you back in Arizona?

Yea, so I just got back a week ago. I was gone for like two months working and traveling. I actually almost texted you because I went to Michigan!

Oh yea? The best time of your life?

Yea, you know I really wanted to send you a photo of the ‘Welcome to Michigan’ sign with me just flipping it off.

I haven’t been back there in over two years now. Maybe Thanksgiving?

Are you going any time soon?

Not really… not right now. Just with the new album and festivals coming up. I’m not too crazy about going back since my parents have been coming to California and a lot of my friends left.

That’s how I kind of feel. My plan was to go to Chicago during Lollapalooza weekend with no intention of working. I honestly needed a break after working our summer series, but of course the break wasn’t actually a break haha. I went up to Michigan to help out VIP for the opening of the Pitbull and Iggy tour.

It was definitely its own crowd haha. I don’t know if I can ever hear Mr. Worldwide again but…

Pitbull is actually a genius. He figured it out. He takes the best EDM beat and raps over it, and it turns into a great song haha. I’m kind of jealous.

Well since you’re a huge Pitbull fan I could TOTALLY get you a ticket haha. So the last time I talked to you… I believe it was when you released ‘High Water’. We talked about the insane music video for that, I learned that you’re not the biggest fan of swimming… now you have ‘Dopamine’ coming out with the full album being released in late October. I’m so happy for you!

Yea! It’s all coming together. Time has had a weird way of flowing the last couple of years. ‘Dopamine’ was actually a song that I played on tour a couple of years ago, a different version of it, but I knew it was a special song. I just don’t think my voice was ready for it back then. Also it’s a fun song and when the pandemic hit, I didn’t want to work on any fun songs. But as I continued working on the album and time went on I felt emotionally prepared. It’s kind of a running joke at this point like okay when is the song coming out. But now it’s coming out so that’s nice.

Well I clicked the preview, I listened to it a little it, but I’m also your fan so I want to hold on to that excitement for when the full album comes out too.

That’s very disciplined of you!

Trust me, it’s killing me. I’m looking at it right now. It literally says ‘Click here’. So you said there was a delay in the completion of the song due to emotional reasons and your voice. Was there anything else that contributed to the delay?

Well the bones of it were there. I just have a hard time saying things are completed. If you give me more time, I’ll spend more time on it. It got to a point though where I just had to call it done. It had so much potential and I wanted to stick the landing. I learned a lot creatively working on the album and it’s gotten to a point where I can listen back to the demo and where it is now and feel good with where it’s gone.

Last time we talked, so for ‘High Water’, I asked you who the first person to listen to the song was. I’m asking you the same thing now! So who was it? You can’t say anyone on your team.

It might have been Alex from Mako. He’s a close friend and we talk a lot creatively. He would listen to the album in the making. He’s been giving me shit.. like it’s good just release it. I texted him saying it’s done and he was like finally!

So from the point where he said release it, it’s good to when you reached out saying it’s done… how much did you actually change of it?

To me a lot, but to most people zero realistically. I think most people couldn’t hear the difference. I’m just a psycho with that.

I wouldn’t say it’s just you. I feel like that’s the entire creative world. It’s your baby, your project. You’re going to want it to be perfect.

Totally. I always listen to my music with an ear trying to find out what I can do better with the song. I pick my songs a part. I’m always like what can I tweak to make it sharper? Can I sing this differently? A lot of different things like that.

So not with just ‘Dopamine’ but with any of your singles… in a writing a session do you ever find yourself juggling a couple different ideas and swapping parts of them or breaking a part one song into two different ones?

I know a lot of artists who take different sections of their songs and do that, but that’s not something I do. Usually when I write, the song ends up being totally different from what I intended it on being and it naturally goes down a different path. If something doesn’t have a spark right away it’s better to drop it. I will say though that lyrics come back. Certain lines will reappear. Maybe I just had the right idea then but not the angle.

Is there a music video for ‘Dopamine’?

We have a really sick lyric video. There’s also another video that will be released with the album. The lyric video is really cool though. Since I played a version of it earlier on tour, we took clips of that used it. It’s kind of hybrid. There was so much footage from every show. It looks really dope.

So no more water scenes?

No more water scenes. I told them that the ‘High Water’ music video was so extra. I want to make this one more introspective.

You know comparing how conversation now to when we last talked in February or so, I can tell you’ve grown and progressed a lot emotionally. You seem more happy. Whatever you’ve done to help internally shows externally and it makes me really proud of you.

When we talked last, I was still working on the album and we were still going through the lower parts of the pandemic. There weren’t shows yet. No certainty. I didn’t know what I was going to do in any sense of it. Now that we’re kind of on the other side, I can kind of look back on it all. I’m happy with the work that me and my team have done. For the first time I can still listen to the album and feel really good about it.. feel really excited about it. No matter how it does, I can say I made it the best way that I could. If 20 year old Tim could listen to what I just made, he would lose his mind.

Okay now let’s talk about some happy stuff! So you’re playing EDC! Are you excited?

So excited! It’s been the longest time. I’m playing the mainstage for the first time. I was actually scheduled to play summer of 2020 and have been on the edge for the last 18 months waiting. It’s going to be surreal. Everything that has changed and implementing them to now. Comparing everything to what it was before… especially at EDC. I used to go there as a fan and I would say one day I’ll be up there. Now it’s actually happening.

Mainstage… that is amazing. You know a few minutes ago you were telling me about all the obstacles of the album and life in general. Having a show the scale of EDC following what you’ve endured the last couple of years is amazing. It’s growth and I’m so happy for you. This is something that you should be proud of.

You know it’s been rescheduled and pushed back. Now it’s finally happening. I think it’s the right time.

AND it aligns perfectly with the debut of your new album!

That was my big deadline. I knew I had to get it out before EDC.

With that said, what can fans expect to see visually onstage because I know your sets are very interactive, very aesthetically pleasing.

So festivals in general, especially EDC, is a challenge because they’re so big. It’s hard to secure an intimate setup but I’m going to try and make it special. I’ll bring my guitar but it still depends on the logistics. EDC is sort of the pinnacle of festivals so hopefully it’ll blow people’s minds.

Let’s get one final message to your fans!

Thank you for all of the love and support. We’ve all had a rough go at it the last couple of years but we’re getting over it. This album helped me get through the ups and downs of the pandemic and I hope it can bring you some joy. If it can make things a little easier and help you get through, it would mean everything. I can’t wait to see everyone on the road again.

Medical Negligence – Know if you Have Been a Victim

It would be shocking to know that medical negligence cases are on a consistent rise. However, it is still a…