All
By Brett Napoli

Tell us about a bit about yourself. What gets you excited? Especially, how did you get started in the music industry?

Nothing gets me as excited as hardcore pornography, obviously. But I also love finding a really amazing new song.And it’s hard to beat the feeling you get when you are performing really well in front of a big crowd. I also enjoyspending time with family and my good friends.
And leather, of course. Can’t forget leather.
I got my start in the music industry interning at 92.7 WDRE on Long Island – answering the phones for Malibu Sue and Darrin Smith. When I heard a DJ named Larry The Duck mixing records live from Club Malibu in Lido Beach I thought “That has got to be the coolest job ever. I wanna do that.” So I went for it. My first radio show was on WCHZ in Augusta, Georgia. Then I started Spin Cycle on WFNX in Boston and Solid State on WXRK (K-Rock) in New York, Altered State on WKTU and then to Sirius where I am today.

I’m host nights on the BPM channel and I also get to host and program the new music show, #betaBPM, which is an hour of brand-new songs every Tuesday night at 10pmEST. Hosting my show and our live broadcasts from festivals is really what I love to do most on the radio. But apparently I’m a pretty decent radio imaging producer (station IDs and promos) because they have me doing them for a bunch of channels including Chill, Utopia and Tiesto’s Club Life Radio. I put a lot of love into my work and I think it’s pretty good.

What do you like most about your job and the music industry?

Well I love meeting SiriusXM listeners and performing at clubs and festivals and talking to the artists I admire. But the best thing about my job at SiriusXM is that – after spending hours every week listening to tons of new music searching for something amazing – that I get to play the best music I can find to a whole mess of people on the radio. When I find a fantastic new tune I get to share it with EVERYONE. How cool is that? 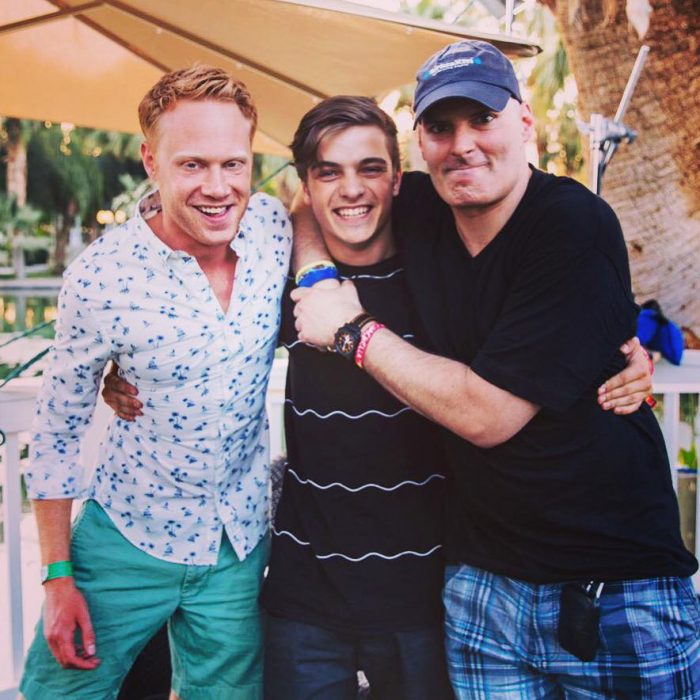 How did the people of Boston and New York initially respond to the electronic music when you first aired it on “Solid State?”

Well WFNX and K-Rock were (both have since changed formats) alternative rock stations – so the listeners were a little leery of dance music at first. I tried to play as many remixes of alt rock songs as I could find – and I eventually built up a solid audience on both shows. The underground dance community didn’t like me playing their music on commercial radio and some of the rock audience never got used to hearing dance music on their favorite station. But it was really cool being the guy who introduced so many people to artists like Fatboy Slim, the Chemical Brothers, the Prodigy, the Crystal Method, Moby, Underworld, Orbital…and over the years I’ve heard from so many listeners who thanked me. When someone tells you “I got into dance music because of your show,” and (even better), “I became a DJ because of Solid State” …well…there really is no higher compliment.

Who has been one of your more interesting interviews and why?

So many great ones. I love it when an artist is truly humble and excited to be on the radio. When you can play a song by a brand-new artist with like 300 followers on Soundcloud and make such a big difference in their career…that’s why SiriusXM is such a special place. They give us the freedom to take a chance on new artists. Once I was supposed to interview Oasis but they were fighting the whole time. I asked one question – they acted like idiots – so I was like “Alright! Thanks for stopping by guys. That was Oasis!”

Will you explain how your sound has progressed over the course of your career? What has inspired your progression?

I’ve always played whatever grabbed my attention. Genres have never been important to me. I’ve often thought I would have gone much further as a club DJ if I’d had a little format discipline and stuck to one style of music. But I love house music. And I used to be big into trance. And I’m a breakbeat fanatic. And I started the whole Chill channel on Sirius. I love alt rock and classic rock and rockabilly. I’m kind of all over the shop when it comes to styles. I’m far more interested in quality.

Do you have any new albums or tracks in the making? If so, what is you direction?

I’ve just released two songs with NYC duo Disco Killerz. Matt and Uri have a great studio right on 23rd Street in Manhattan and I really like working with them. I noticed something about Disco Killerz which I’ve seen before in other successful artists. The quality of their work got noticeably better in a very short timeframe – only a few months. That’s a really good sign. Our first collaboration, Satisfaction, did very well. Over a million plays on Spotify.

Who have you been listening to most lately? What attracts you to those artist?

I listen to a LOT of stuff every week. Right now I’m listening to tyDi’s new Wish I Was album. I was listening to Kenny Dope before that. Today I’ve also heard new Paul Oakenfold, remixes of Morgan Page’s new track and I really like this new song by Mathieu Koss Ft Mingue – Stars. That may be my favorite song in the universe…right at this very moment. But I still have a lot of new stuff to go through today!

Where and when will you be performing this year?

I’m playing at Marquee NY this Friday, then Something Wonderful in Dallas on Saturday. I’m also booked to perform at EDC NY and the Sunset Music Festival. I also go to Houston once a month to spin at Stereo Live with Surain. It’s a foam party (!) and it’s fantastic. Who knew, right?

What is your life mantra?

Damned if I know. Any suggestions?

Do you have any final words you want to share with you fans?

Go check out the Stellar remixes. They are really good! And, as always, thanks for listening.
Next Post