Canadian producer Deadmau5, AKA Joel Thomas Zimmerman, is no stranger to the headlines. Outside of his music, Zimmerman has gained notoriety for his Twitter feud with Madonna regarding drug use, his disdain for Justin Bieber, and his claim that all DJ’s do is press play during their performances.

This time master of mouse is making headlines for other reasons.

Deadmau5 had his Ferrari 458 Spyder wrapped with a custom Nyan Cat Theme and the result is pretty sick.

Emulating the famous internet meme, the epic troll is even completed with a license plate that reads “EPICLULZ.” 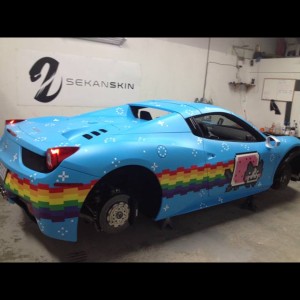 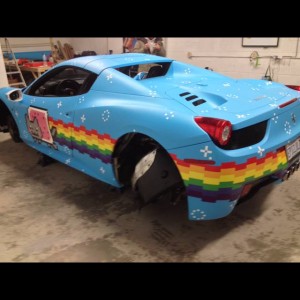