Crossover artists are nothing new to the music industry. Pop artists are always finding their way into other genres, and EDM is no except to this.

Being featured on a well-­produced electronic track can get a Pop artist to the top of the Billboard charts while gaining exposure to current EDM fans. Artists like Justin Bieber, Ariana Grande, Ryan Tedder, Sia, and Lil Jon are just a few mainstreamers that have had continuing success on the Dance/Electronic charts over the years.

Can’t go wrong when teaming up with Zedd or David Guetta, right?

But while Pop artists join us in the world of electronic music, EDM producers and DJ’s are busy taking over the mainstream charts and Pop music is continuing to sound more and more digital.

Producers like DJ Snake, Lookas, Skrillex, and Diplo have become crossover artists, regardless of whether they want to be or not. 2015 was a great example of this.

Billboard recently announced its top tracks of 2015 and no one was surprised to find songs like DJ Snake’s “Lean On”, the Skrillex/Diplo/Bieber collaboration “Where Are U Now”, and Felix Jaehn’s remix of Omi’s “Cheerleader”. Even as the year comes to an end, “Hey Mama”, the joint work of crossover artist David Guetta, along with Afrojack, Bebe Rexha, and Nicki Minaj, is still getting played at the clubs and downloaded on iTunes. Normally it’s hard to turn on the radio and actually hear some good tracks, but EDM fans had to listen to many radio stations overplay and practically ruin some of these quality House or Trap influenced songs. Not that “Cheerleader” was a good song to begin with…

Skrillex and Diplo are best examples of EDM crossovers this year. Their “Jack U” collaboration produced an album that spanned across different electronic sub­-genres like Dubstep, Twerk, Trap, while working with mainstream artists like Justin Bieber and Missy Elliot. Some even called “Where Are U Now’’ the song of the year. Sonny Moore (a.k.a. Skrillex) definitely took some heat from fans about teaming up with a Pop sellout like Bieber, but that didn’t slow him down at all. Some might not realize, Sonny actually went on and produced five songs off of Justin’s new album “Purpose.” No wonder songs like “I’ll Show You” and “Sorry” are still blowing up the charts right now. Though both songs have that beach vibe and are dramatically chill compared to his usually high­ energy drops, these songs clearly have Sonny’s magic touch. 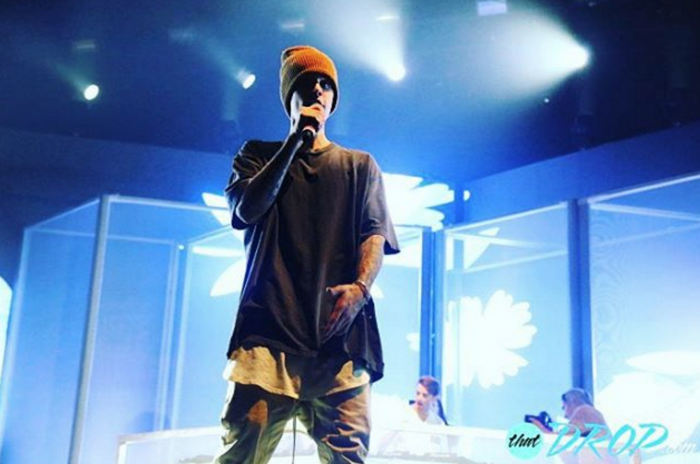 The real question is: as artists like Bieber continue to invade the EDM bubble that we sometimes find ourselves in, what does this mean for the future of electronic music?

Well, let’s look at Carnage’s new album “Papi Gordo”. Thirteen of the fifteen tracks feature artists from different genres: Rick Ross, Migos, A$AP Ferg, Milo & Otis, and the list goes on and on. The album goes from hip­-hop and Rap, the whole way over to Trap, Hardstyle, and Electro. When artists like Carnage who are respected in the electronic community and are playing festivals like Tomorrowland, produce quality music across this many different genres, please expect to see this crossover occurring on the reg.

It’s not easy creating a club bagger or festival anthem that can still be played on mainstream radio and be well liked by the masses, but more and more of the EDM artists we love are figuring out how to do it. Is this good or bad for the EDM scene, who knows? At least electronic music is finally starting to receive some credit where credit is due.