Brooklyn underground leaders Teksupport and iconic Ibiza institution Circoloco have joined forces once again to bring their annual Halloween soirée to New York City. The party will return to Brooklyn’s Navy Yard on October 26, taking over a brand new warehouse location within the complex.

Circoloco began as a humble Monday after-hours session at superclub DC10, and quickly became known as one of the most wild and forward-thinking series on the island. With an emphasis on expert curation, the series is renowned for hosting house music’s most sensational artists and pulling in some of the underground’s most dedicated crowds. It now boasts a dominating global presence with recent shows in Tel Aviv, Thailand, Tulum, Barcelona, London, and Dubai plus festival stage takeovers at Loveland, Sunwaves, Sonar and more. 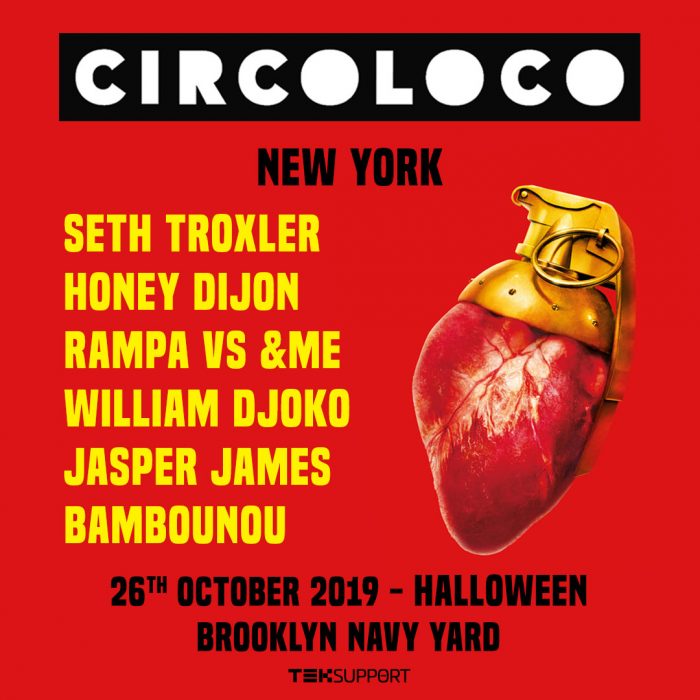 Topping the roster are USA superstars Seth Troxler and Honey Dijon. Keinemusik co-owners &ME and Rampa are slated for a tribal influenced back-to-back, while rising star William Djoko will bring his beloved classic house flavors to the table. French icon Bambounou is set to provide an avant-garde touch to the night via his signature left-field productions, as will Glasgwegian talent Jasper James, who finishes out the bill.

For five years, Teksupport has made a name for itself by fusing elite global curation with world class production in Brooklyn’s forgotten spaces. The brand is known for transforming raw venues and hidden warehouse into havens for the city’s house and techno purists. Pick up your tickets or even backstage access before they sell out.