Cher Lloyd is no stranger to the world. The prolific artist is known globally as a singer, songwriter, rapper, model and social media powerhouse. With millions of followers across all social media platforms, Billboard charting singles and TV appearances under her belt, her fans and followers are always eager to consume her next creation.

Her new single “One Drink Away” is the latest hit from the British pop artist and we had a chance to speak with her about the single, the inspiration for it, how she got started and some details on what we can expect next.

She shared advice, thoughts on her collaborations and how this new track might be her sassiest song to date. 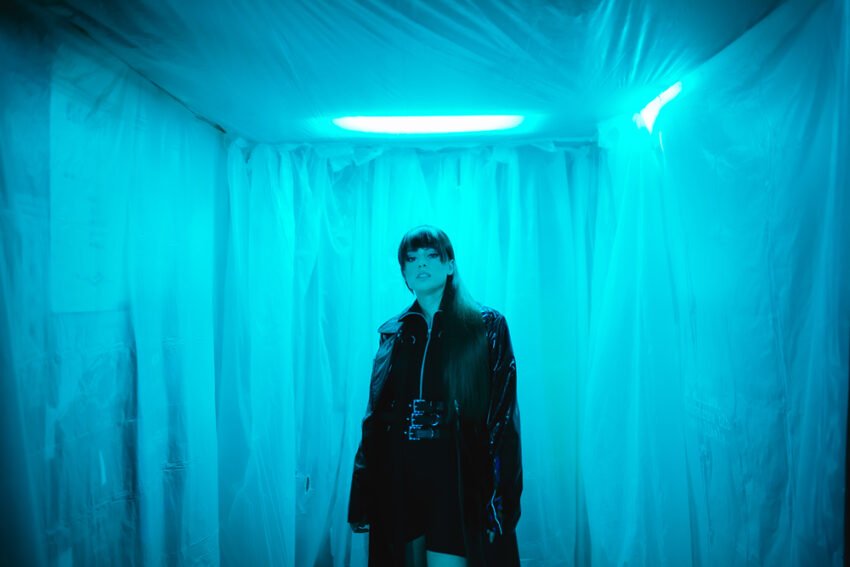 ThatDrop: You’re a multi-Platinum selling British pop and rap sensation and a member of the “1 Billion club,” with over 1 billion views on her YouTube channel and some other crazy social media statistics. Congrats! Tell us about your new single, “One Drink Away”? What was the inspiration behind that song?

Cher Lloyd: Thank you! I’m so grateful for the support that I’ve been shown, it really does mean the world to me. “One Drink Away” is possibly one of my sassiest songs to date. It’s about being out and not wanting to be bothered. Nothing’s worse than being hit-on and trying to find polite ways to say, “F-Off.”

ThatDrop: Can you talk a bit about your personal styling, your fashion & beauty choices, and how your style has evolved over the years?

Cher Lloyd: I actually started my career in music, fresh out of school. I wrote songs in my bedroom and sang into an old, beaten up karaoke machine and I’d never felt happiness like it! My style has always been a big part of who I am. I’ve made some bold fashion statements in my time and I regret none of them. I love expressing who I am at that time through fashion and makeup.

ThatDrop: Would you say that being a finalist on the UK edition of “The X Factor” TV show 10 years ago was your ‘big break’? What did it take for you to get to that point? What steps did you take, specifically, after “The X Factor,” to further your career?

Cher Lloyd: Yes, “The X Factor” was my platform and I used it to further my career.  The experience was amazing for me. I learned a lot. I was then able to go and create music, release albums and tour, which is all I’ve ever wanted to do.

ThatDrop: There are a lot of aspiring female singers/songwriters out there who are aching to make it in the music business, but it just seems like such an insurmountable mountain to climb. Most people don’t even know where to begin. What words of advice and encouragement can you give on a practical level to aspiring artists out there looking to you as a role model?

Cher Lloyd: I think the best advice I could give is to stay on your path, don’t divert because others want you to, or because you think it’s a quicker route. Never release something that isn’t authenticity you. Once it’s out, it’s out.

ThatDrop: You’ve collaborated with some huge names in pop music, like Demi Lovato (“Really Don’t Care”), Will.i.Am and One Direction, to name a few. Do you think “Really Don’t Care” was a turning point for you, career-wise? What moments do you consider to have been turning-points for you in the trajectory of your career?

Cher Lloyd: All of my collaborations have been amazing. I love “Really Don’t Care.” It’s still such a great song! I think the turning point in my career was the release of “Want U Back,” especially in the U.S. That whole time for me will forever be a highlight of my career.

ThatDrop: Your song with Demi Lovato, “Really Don’t Care” featuring Cher Lloyd, won the award for “Best Collaboration” at the 2015 Radio Disney Music Awards as well as the award for “Choice Summer Song” at the 2014 Teen Choice Awards. That’s impressive! Do you feel there’s more pressure placed on female artists than on male artists? How do you cope with that added pressure? Do you find it limiting or disadvantageous to be perhaps pigeon-holed by a particular sound you were once known for, as an artist, if at a later date you decide to release music of a different genre or style?

Cher Lloyd: I love Demi and love the song so much! Yes, I do feel there are differences in expectations between male and female artists in the music industry. For instance, a man isn’t asked who’s taking care of his children when doing interviews, but that’s a question I am asked regularly. There’s also an expectation as a female to fit certain beauty standards, as if that should make any difference to the talent we have. I do feel that I’d be in a different position in my career, perhaps further along, if I’d have conformed. But that’s never been me. I’m in this because I love music.

ThatDrop: You’ve said in other media interviews that your song, “Want U Back,” was the song that “changed everything” for you. Was it something about your extended stay in the U.S. (on account of the success of that song) that shifted your career path?

Cher Lloyd: Yes, it certainly did. That time for me was incredible. I loved the experience I gained. While in the States, I was able to work with amazing producers and songwriters. I took it all in.

ThatDrop: “One Drink Away” is a song about empowerment and a fearlessness to be who you really are. Describe what you’re feeling just before you walk onstage? What’s next for Cher Lloyd?

Cher Lloyd: I can’t wait to get back onstage again! I’d love nothing more than to hug those who have supported me. What’s next for me? Releasing more music and performing. I can’t wait!

How to Care for Your Hair in Winter