Catch the Feels of Moonrise 2017 Through Our Meaty Playlist

Moonrise Festival is set to make its return this upcoming weekend, on Saturday, August 11th and Sunday, August 12th. The event is held annually in Baltimore, MD, at the Pimlico Race Course. Moonrise 2016 admittedly had logistical issues, which were addressed earlier this summer on the official festival Facebook page.

Even in the face of those issues, the event production last year was top-notch, and the lineup featured epic headliners. We are hoping to see the festival succeed this year at putting on a safe, fun and memorable event for attendees. 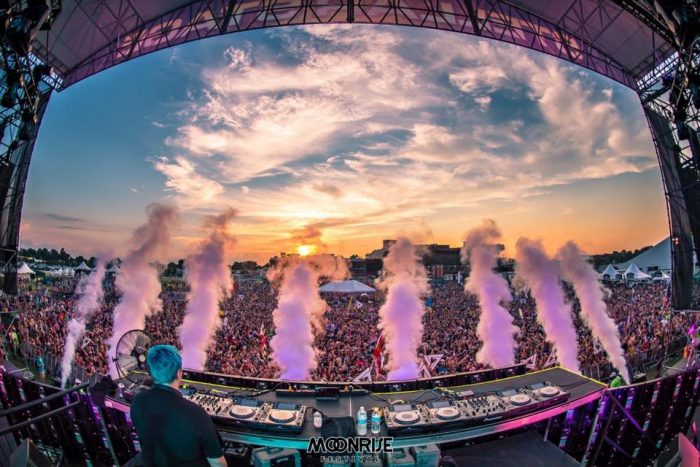 In the past, the team behind Moonrise has consistently brought together artists spanning the entire dance music spectrum, providing fans with stacked lineups and epic performances.

This year, Moonrise promises to deliver in full once again, with acts like Afrojack and Porter Robinson on the bill. If that doesn’t prove how memorable this year’s installment will be, the return of Dillstradamus (a.k.a Dillon Francis B2B Flosstradamus) is surely going to make it one for the books. 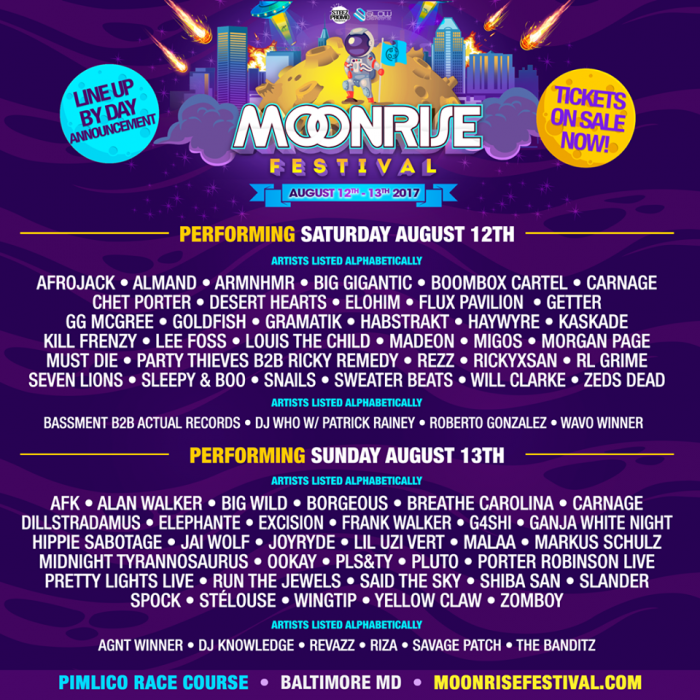 There are definitely a lot of reasons to attend this particular event, but of course, the music is the most important one.

Check out our Moonrise 2017 playlist below and get ready for what will definitely be an epic weekend.

Grab your tickets to Moonrise 2017 by clicking here.