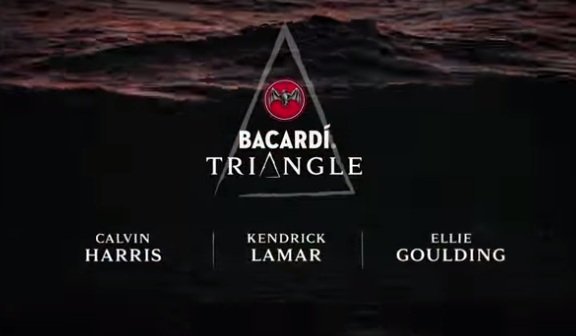 From deep in the woods of Central Michigan to out in the vast desert of Las Vegas, there are some pretty unique and one-of-a-kind music festivals that exist. However Bacardi is changing the definition of extreme music festivals.

This is not a music festival for the superstitious.

From October 30 through November 2, Bacardi Triangle will be hosting a Halloween themed music festival in the Bermuda Triangle featuring Calvin Harris, Kendrick Lamar, and Ellie Goulding. Looking to purchase your tickets? Not so fast. Only 1862 guests will be granted access to the event, all of whom being winners of the extreme music festival experience contest.

Winners will be flown from one of three locations – London, New York, or Los Angeles, to a five star resort in Puerto Rico before traveling on an exclusive ship to a private Caribbean island deep in the center of the Bermuda Triangle.

Off the coast of Puerto Rico lies Palomino, a tropical island in the infamous Bermuda Triangle, and the home to this music phenomenon. For three nights, BACARDÍ will take over the island and a neighbouring 5-star resort and transform it into one of the most spectacular venues on earth.

Contest details are still being worked out. Stay tuned for more details coming soon and keep checking in  at BacardiTriangle.com.