Australian dance music Producer & DJ Anthony Nexus is coming into his own. Since 98′ Nexus has been submerged within the electronic music scene as a DJ, event curator and trance Producer. He recently started to develop a sound the scene has been missing.

Today we get the pleasure of sharing Anthony’s fresh style of house music that derives from his trance roots. Creating an enticing blend of trance and house, Nexus hits all the right points to send ravers into their happy place. To introduce Anthony Nexus we start with his latest release, ‘Summer Love’ via Nexus Fusion Records.

Channeling those festie feels, ‘Summer Love’, was designed to remind you of the excitement of entering a festival. 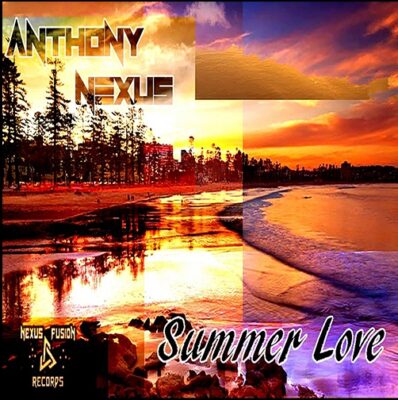 This blissed out track gases you up with eurphoric synths you would get from a peak time trance track and whispers sweet nothings into your ears with a wonky, rolling house beat. While listening, you can just imagine the bear hugs and sea of smiling faces this track will bring on at a festival. Tune into and grab your copy of Anthony Nexus’ latest ear candy ‘Summer Love‘.

Next we feature his mystical, yet hard hitting dance music release ‘Vibe’ featuring Micky French via Records DK. ‘Vibe’ is a proper rave track that will have people blowing steam out of their head as they go off to never ever land.

Anthony Nexus new pocket of sound comes from a fine tuned ear from spending many years being part of many companies throughout the Australian rave scene such as Powerhouse Productions, Future Entertainment, Trancegression, Sydney Trance, Transience, Masif, Genesis to name a few. Anthony was also part of a duo with Trance Artist’s Genetixx which released their music all over and was played on popular radio stations such as Trance Energy Radio.

Anthony Nexus is the dude and it was a pleasure getting into his mind during an exclusive interview. Discover more of his vintage and new age influences by exploring his select tracks and learn more of Nexus’ story.

I started my electronic music journey in 1998 and for my birthday that year I got my first pair of turntables and a mixer. Every couple of weeks I would head into the city and buy the latest dance records to feed my vinyl addiction.

I was listening to Artist’s such as Paul Van Dyk, Underworld, Prodigy, Scot project, R.O.O.S, Lost Tribe, Dj Quicksilver, Three Drives and Delirium. By 1999 I was really getting into hard house and listening to artists such as BK, Nick Sentience, Praga Khan and Andy Farley.

Over the years of when I started my Journey I was part of many event companies within the Australian dance music culture where I was DJing and promoting such as Radio Dex, Powerhouse, Hard Kandy, 3D, Every Picture Tells A Story, Mindamaze, Future Entertainment, Overdrive, Rushn, Sydney Trance, Transience, Genesis, Masif, Bam Radio and Beatz.
I didn’t start producing music until 2016 – 17 where I joined forces with another local Producer named  Ryan O’Gorman and we called ourselves Genetixx. We were pretty much just doing Trance at this time.
We released about 12 Tracks, played on a dance music radio station in Melbourne called Kiss Fm and also represented Australia in a world trance artist event showcasing the best trance artists from each country on Trance Energy Radio.

From your latest releases, ‘Summer Love’ and ‘Vibe’, it seems you are heading down a unique path of sound that combines house and trance. How would you describe your direction right now?

In 2019 I started up my own label – Nexus Fusion Records. From coming from a House & Trance background I developed a unique style which I put into my tracks combining these two genres and creating music that I love and I know that my fans will love as well.

What were your intentions behind ‘Summer Love’ and ‘Vibe`?

My intentions behind my tracks ‘Summer Love’ and ‘Vibe’ was I was so excited for the festival feeling you get in the summer months and the vibes you feel so I decided to make a couple of tracks that would get you in the mood to embrace the feeling you would feel.

What do you feel is the responsibility of a DJ?

I like to keep my music sounding fresh and uplifting with lots of energy.

So there you are, about to DJ in front of a 3000 person crowd with the best sound system known to mankind, what are the first 3 tracks you drop?

If I was to play in front of a 3000 person crowd the first 3 tracks I would drop would be depending on lets say its a house / Trance set and its my music would be Vivid Sunset, Relax Your Thoughts & Optical Exposure.

What are you aiming to accomplish next?

I would however really like to accomplish next to play sets in other countries like America, Uk & Europe And I hope someone will book me over in those parts of the world, the parties look amazing.

Do you have any more releasing coming out soon?

I have plenty more releases coming up over this year, I’m currently working on 2 new tracks which will be released over the next  2-3 months.